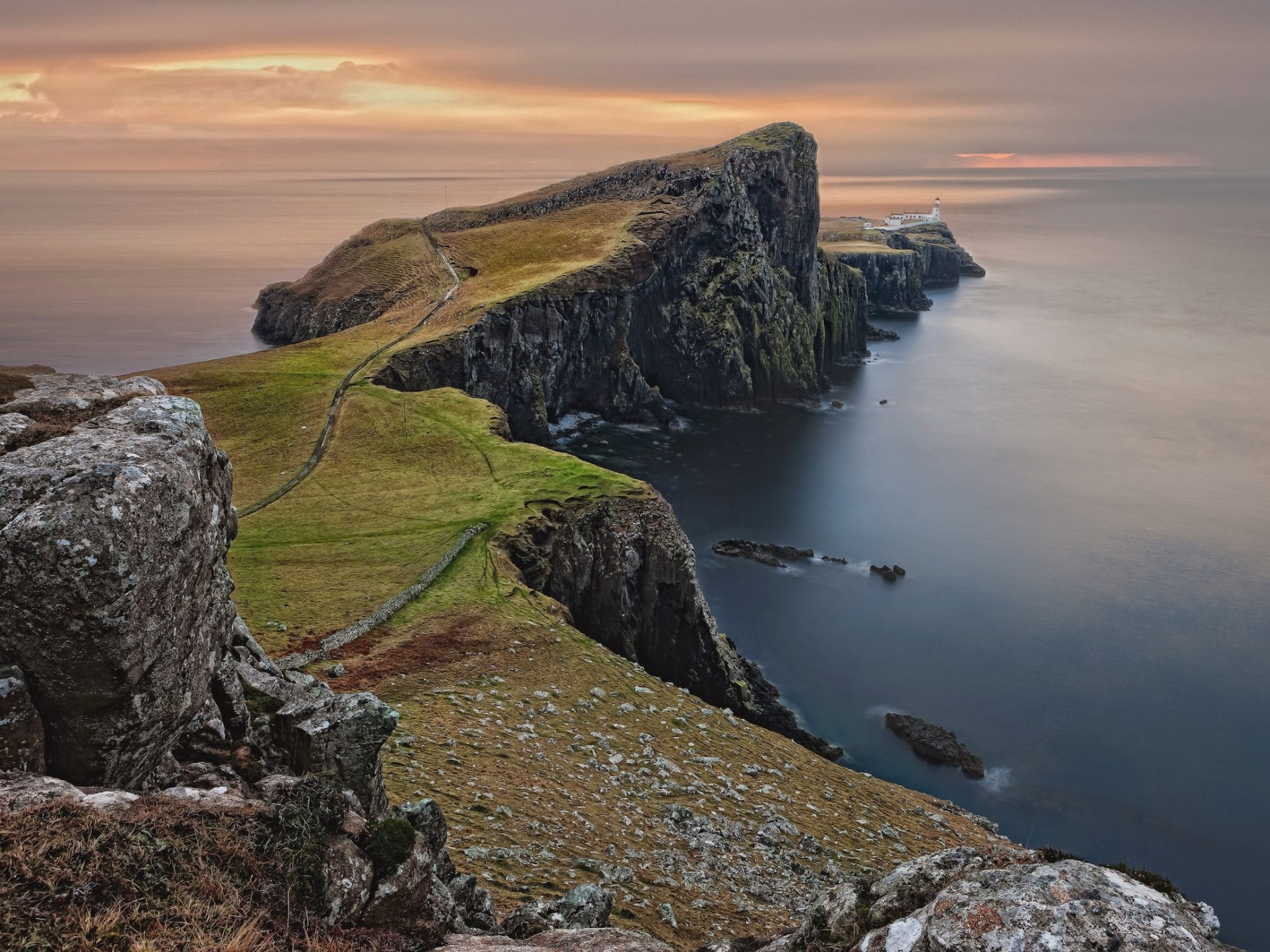 There are a few quintessential experiences in Scotland that everyone should enjoy, especially if you want a true taste of Scottish life.

Hundredrooms has collated 5 unmissable sights to see in Scotland that will inspire you to explore the varied landscapes of this fascinating country that is steeped in heritage.

Edinburgh is a tremendously welcoming city and, of course, one of the must-see places of a trip to Scotland. This city in which its fabulous Castle stands out, has two very different parts, the Old Town and the New Town.

There are many things to see and do in Edinburgh, such as visiting the castle, strolling along the Royal Mile and Circus Lane, visiting the Palace of Holyrood or climbing to see the sunset on the hill of Calton Hill, with great views of the city ​​of Edinburgh.

You can not leave the city without taking a pint in one of its many taverns or a malt whiskey, which has a great atmosphere in the area of ​​the pubs. A good option, if it’s your first time in the city, is to rent one of the most holiday apartments in Edinburgh, in the two most central neighbourhoods: Old Town, the old part of the city with its medieval streets and old buildings, allow you to savour the true historical essence of the city, or New Town north of the old town, plus one of the most exclusive neighbourhoods of Edinburgh, from which you can comfortably visit the city on foot.

READ: A Guide to Hiking the Scottish Highlands

Saint Andrews is surely one of the most pleasant surprises in Scotland. This ancient and historic university city bathed by the North Sea is world famous for being the birthplace of golf. In addition to that sport, the city highlights for its cathedral in ruins to sink over the sea, surrounded by tombs of all times transports you to other times.

The best place from which to have an incredible panorama is from the top of the tower of the Church of Saint Rule, which offers wonderful views of the cathedral, the city and the sea.

In addition to this area, the medieval city of Saint Andrews is full of charm thanks to the many villas and chalet with Scottish garden and is characterized by its shops, cafes and markets, so it is worth it to walk it with tranquillity and dedicate a day. And if you want to finish this visit, you can not leave without running along the beach of West Sands, recalling the legendary scene of “Chariots of Fire”, the famous movie by Hudson director that was shot there. As a curiosity, we will tell you that next to the beach you will see people playing golf in the emblematic Old Course, one of the oldest in the world.

STIRLING AND LOCH LOMOND NATIONAL PARK AND THE TROSSACHS

The town of Stirling dominated by a fabulous castle is another place to visit in Scotland. In addition to the castle, you can visit the medieval town, its beautiful cemetery, the old prison and cross its famous bridge.

Near Stirling, you also have to go to see the monument to William Wallace, a Scottish soldier who led his country against the British occupation of King Edward I in the first war of Independence, immortalized in the cinema by Mel Gibson in the movie “Braveheart“. The monument is a huge Victorian tower from which you will have fantastic views of the surroundings. Inside is what they say was William Wallace’s huge battle sword.

Stirling is also the gateway to the National Park of Loch Lomond and the Trossachs, a beautiful park, dotted with lakes, forests, valleys and mountains, perfect for hiking. In the centre of the park is Loch Lomond, the largest in all of Great Britain, and one of the most beautiful. It is also worth going to see Lake Katrine, the beautiful forest of Argyll Forest or the small town of Aberfoyle.

READ: 15 of the World’s Most Photogenic Multi-Day Hikes

THE CASTLE OF EILEAN DONAN

The Eilean Donan Castle is one of the jewels and one of the most essential places to visit in Scotland. Located in the Highlands, on the small island of Lake Duich, it is only accessible by a small stone bridge, something that makes it even more scenic. Actually, on the days of low tide, when the waters recede, it is possible to reach the small island by crossing the lake bed that separates the castle from the coast.

The Eilean Donan Castle is one of the best preserved in Scotland, and with its isolated position, it seems to float in the middle of the lake. In addition, this castle was the scene of several films, including “Highlander” and “Braveheart”. The best photos can be taken from the shore of the lake and after the visit, from the back.

In addition, the castle is located right next to the bridge to and from the Isle of Skye, the largest and most northern island of the Inner Hebrides. The island offers unique wonders of nature such as the Kilt Rock, waterfalls that plunge into the sea vertiginously from beautiful cliffs; the Old Man of Storr, a very elongated rock that rises on a mountain and whose profile can be distinguished from several points of the island; and The Quiraing, a place of breathtaking beauty, a landscape of soft green mountains and rock formations that look like something out of an epic movie.

LOCH NESS AND THE CASTLE OF URQUHART

Loch Ness is possibly the most famous place in Scotland thanks to the legend of the monster Nessie, although we have to say that it is not exactly the most beautiful, although it is one of the essential visits.

This deep lake of dark waters is located in the Highlands and began to be famous in 1933 with a photograph of a monster sighting, although it was later shown to be false, although the legend, the mystery and the business around the lake are no longer stopped, and from which you can see a video in the visitor centre with which you will have a broader idea of the legend that surrounds Loch Ness.

An unmissable stage of the lake is the ruins of Urquhart Castle, which thanks to its location on the shore of Loch Ness itself gives visitors a surreal atmosphere.

READ: These 5 Best British Paddling Routes will Inspire Your Next Aquatic Adventure

Share your Scotland travel tips in the comments below!