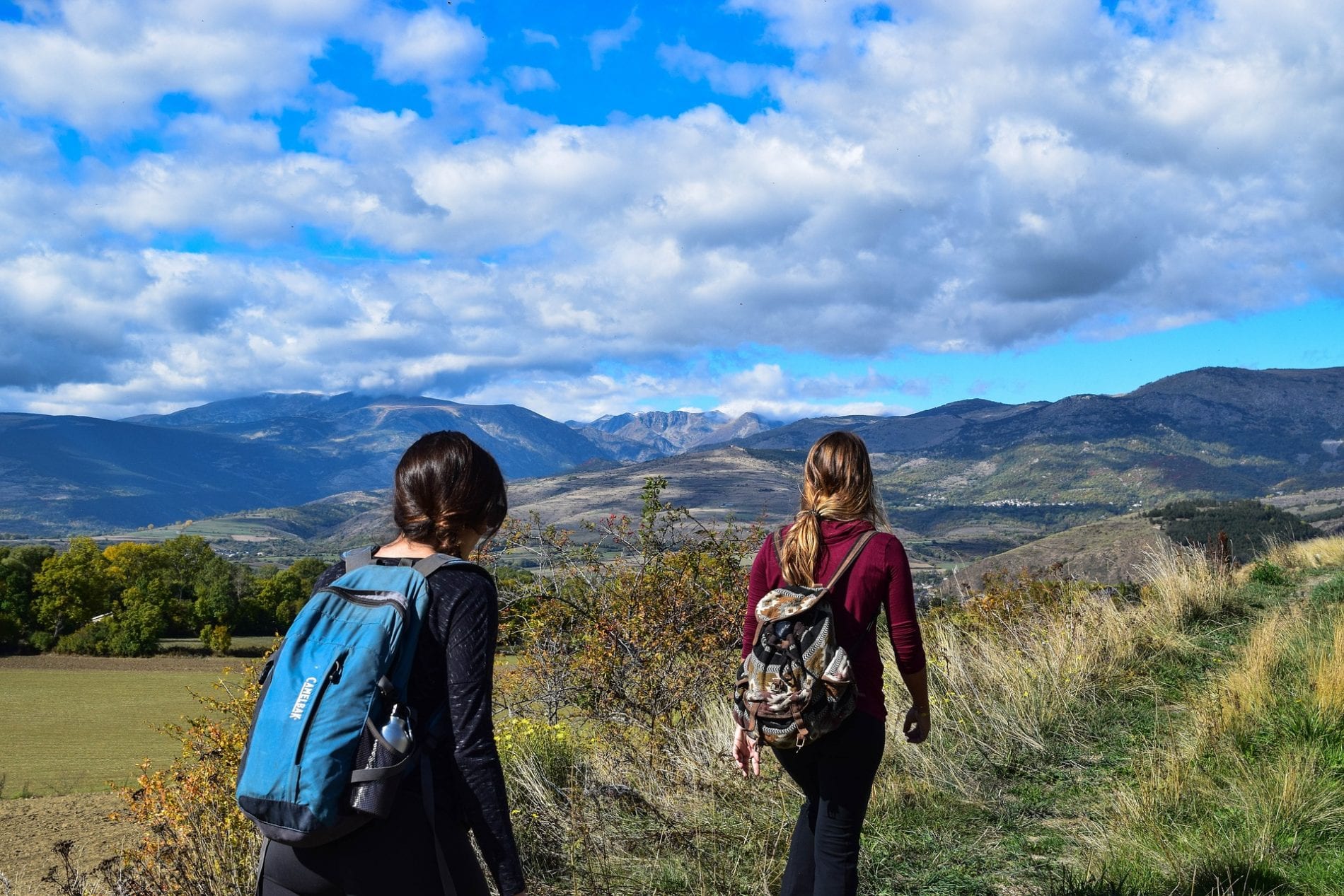 Europe is blessed with a number of low cost airlines all vying for landing slots on runways and depositing passengers in off the beaten path destinations in the name of reducing the cost of air fares.

Based not far from London Gatwick, I’m fortunate enough to have cheap international flight tickets on my doorstep and like to make the most of the opportunity to explore Europe when I can.

Having spent time travelling to cities like Kittila in northern Finland, Naousa in Greece, and Limone sul Garda in Italy, I’m slowly ticking off places on my European bucket list so thought I’d share some of my favourites with you here on the blog.

Looking for unusual European destinations for an active weekend city break? Here’s my pick of some of the best.

190,000 reindeer, 749 fells, and 1 Santa Claus; the original winter wonderland there are plenty of reasons to visit Finnish Lapland and the wintery town of Kittila is the perfect place to start. Cross-country and downhill skiing, snowboarding, snow-shoeing, and fat biking are just a few of the ways you can explore the surrounding natural landscapes.

Nearby the Pallas-Yllästunturi National Park offers endless opportunity for an active escape as nowhere else north of the Alps can you find such a vast network of trails set up for self-sufficient visitors travelling off-the-beaten-path.

Check out my Finish Lapland itinerary for inspiration and help planning your trip.

Although not technically an unusual European destination Bordeaux is quite possibly one of the best French cities I’ve visited. Easily accessible via France’s comprehensive rail network, the city is the very essence of elegance.

Here you’ll find the world’s greatest wine museum – the region’s wine is pretty darn good as well, and a whole host of culinary delights including oysters from the Bay of Arcachon; milk-fed Pauillac lamb, grazed on the Médoc marshes; and cèpes de Bordeaux – in my opinion the best mushrooms in France.

Visiting on a budget? Family camping in regional France is the ideal option and there are a number of sites just outside the city.

A visit to the fragrant, lemon-growing town of Limone sul Garda, perched on the edge of one of Europe’s finest lakes is quite a sight. I was fortunate enough to spend one day exploring its terraced lemon gardens and bougainvillea-clad streets during my #inlombardia365 adventure and the experience totally captivated my imagination.

Be sure to visit the La Limonaia del Castel (lemon gardens) where sweet smelling citrus hang heavy on the boughs of the trees that line its walls. A stroll along the waterfront and lunch aside the water are also highly recommended!

I stumbled across this picturesque town during my week long adventure aboard the Yacht Getaways Greece Explorer. A skippered yacht charter the itinerary included holiday favourites Naxos and Mykonos, but it was Naousa on the island of Paros that truly stole my heart.

Unassuming in its appearance, unlike other places I’ve visited in Greece, Naoussa doesn’t appear to be trying to create an affluent, sophisticated vibe, it just is. Hugging the cobbled docks of a small fishing port the alfresco dining rooms of restaurants, bars, and cafes spill out to the water’s edge, creating an almost celebratory atmosphere as people drink and dine throughout the day and night.

Even though it’s a small town on the east coast of Sicily, Taormina is one of the most visited touristic resorts in all of Italy. Perched on the side of a hill 250 m above the sea, Taormina is about midway between Messina and Catania, a good base for day excursions in eastern Sicily.

Taormina’s history dates back to the 4th century and the town is littered with historical sites such as an original Greek Theatre. Renting a beautiful Sicilian villa will provide you with the ultimate Italian experience with its architecture and history.

Defined by its charming properties and rural community shops, the Medieval market town of Wye is a gem amongst Kent’s rural landscape. Just a short walk from the village you’ll find the most spectacular views of the low lying Kent coastline.

Boasting access to the notable North Downs Way and situated within a conservation area protecting its natural beauty, the town also has three pubs, a bakery, butcher, and rail access to London within the hour.

If you’re looking for a holiday cottage in Wye check out this cute Airbnb property.

Although no bigger than many European villages, Höfn is southeast Iceland’s main urban centre and offers a welcome retreat after driving for miles through rugged, uninhabited terrain.

Nestled on the edge of a natural harbour the town is a great place to base yourself if you’re planning to trek out to the ice caves and glaciers that are prominent in the region throughout the winter months.

When you first cast eyes on the historic walled town of Korčula it’s immediately apparent as to why it’s known as one of the most well-preserved medieval centres in the Adriatic. The slim bell tower of St. Mark’s Cathedral and the semi-circular form of the stern wall topped with battlements make its profile distinguishable from others in the region.

Lush, dark pine forests, vineyards, and olive groves pepper the surrounding landscape, however the highlight for me is the town which is often referred to as ‘Little Dubrovnik’.

One of the most romantic places I’ve visited, the Gothic Renaissance architecture and coats of arms protruding from the gates, walls, and towers that fortify the shoreline set the scene for fantasies of a Romeo and Juliet-esque encounter.

Make the most of your trip to the town by incorporating a day trip to nearby Dubrovnik, or visit as part of a week-long yacht charter through the islands of the Dalmatian archipelago.

Characterised by clapperboard houses painted red, white, ochre, or blue, the coastline of Norway’s southern archipelago is a charming reminder of the country’s once thriving shipbuilding industry. These timber towns, with their narrow streets and market squares, have become vibrant cultural hubs that offer an idyllic coastal lifestyle.

Rent a water-front cottage and spend some time exploring the coastline by kayak, head further out into the surrounding Skagerrak Strait and try your luck sea fishing, or, in the summer months, lay out on the smooth rock slopes typically found in this part of Norway.

I hope my list of unusual European destinations for an active weekend city break have piqued your imagination! If you have some more suggestions to add leave a comment below.