6 Reasons to Visit the UK in Autumn 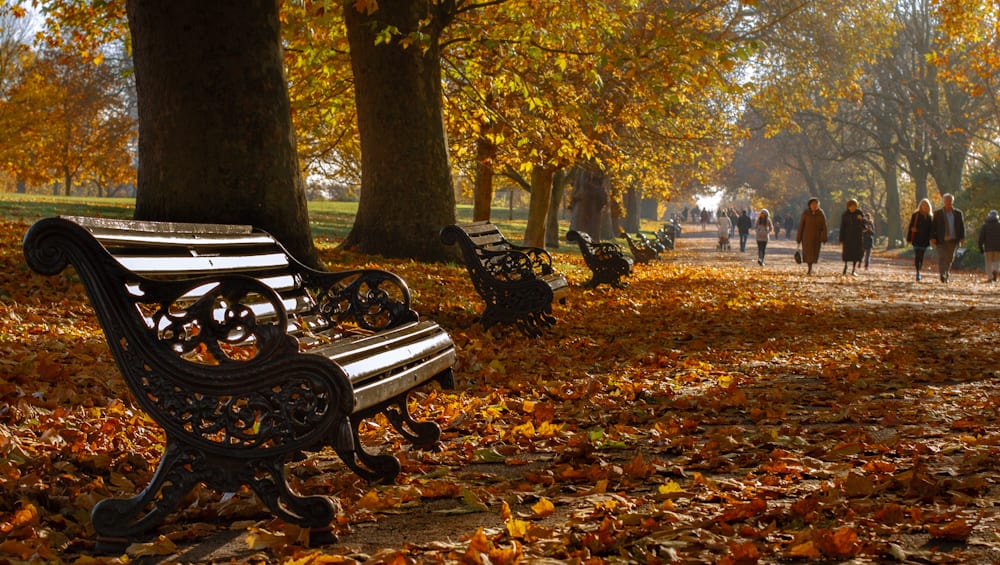 Though visitors flock to the United Kingdom in the summer time for its traditional seaside escapes and music festivals, it’s worth paying a second look when the temperature begins to drop.

As the leaves change colour and shops fill up with snugly knitwear, the UK comes into its element. Here are a few reasons to visit the UK in autumn:

The UK’s filled with woodland walks and stately parks, which look particularly lovely in the autumn as the leaves start to change over from green to golden. England offers a great location for making the most of the season, with crunchy leaves and parks galore.

Another option is to head up to Scotland’s Enchanted Forest just outside of Pitlochry, which is illuminated with light and music during the month of October.

BUDGET FRIENDLY ESCAPES WITHOUT THE CROWDS

If you’ve ever visited Edinburgh or London in the summer, you know just how expensive and crowded these tourist hotspots can be. If you postpone your visit to the fall, you’ll still be able to see iconic attractions like Edinburgh Castle and Big Ben, with more room to breathe.

Prices drop in the off-season as well, allowing you to snag great deals on holiday cottages and airfare between UK cities.

Pub life is an essential component of UK culture, and there’s no better time to make the most of a Sunday roast or fireside pint than during the fall.

When it’s drizzly outside, you’ll enjoy the warmth of a traditional pub meal even more.

Halloween becomes more popular in the UK every year, with celebrations to rival any American town. Head to the London Dungeon or ride an old-fashioned steam train during the Halloween season.

Cities like York and Edinburgh make the most of their haunted reputations, with ghost walks and haunted pub crawls to fright and delight you. And if you want to embrace the sillier side of the holiday, don your teenage mutant ninja turtles costume and head to a nightclub for a fancy dress ball.

From Glastonbury to Reading, the UK draws visitors from far and wide for its music festivals. But with so many bands doing the festival circuit, it can be hard to find good gigs to go to in smaller venues during the summer.

City event calendars come back with renewed vigour in the fall, meaning you’re more likely to spot the next big up-and-comer on a small stage during your visit. If live music’s not your thing, you’ll also find a full calendar of theatre, comedy, and film events during the fall months.

Remember, remember the 5th of November with a visit to the UK during Guy Fawkes or Bonfire Night.

The country remembers the plot to blow up the Houses of Parliament on this date with massive bonfires and fireworks, which is a unique cultural experience for any visitor.

So what are you waiting for? Go on and book your fall escape to the UK today!