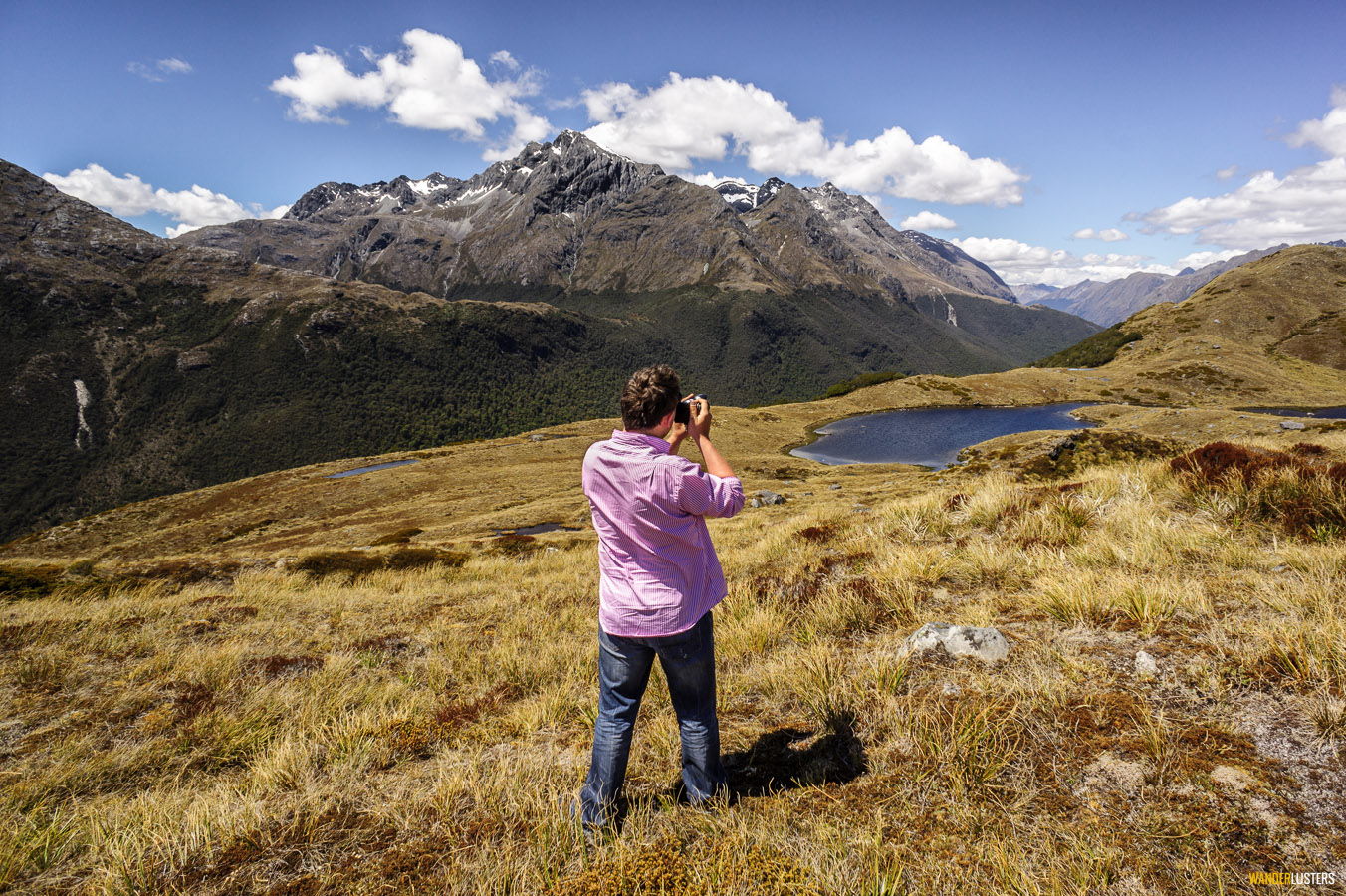 When I found out that Dave and Deb from The (AWESOME) Planet D had nominated us to take part in Thomas Cook’s Explore the Elements contest, I was delighted to hear that one of my favourite travel photographers was a fan of the snapshots I’ve captured and published on our blog.

At the same time, I was also a little overwhelmed by the thought of sifting through almost four years’ worth of landscape photography to select our entries.

Charli and I have been fortunate enough to explore the elements in eight countries since first leaving the UK to live a life of travel in 2011. Since publishing our first blog post in January 2013, I feel that my photography has developed, improving with each new landscape I’ve captured.

However it was during our 18 month adventure in New Zealand that I really established my style and invested time and money into my work.

So, I thought it only fitting that I enter images of New Zealand’s indomitable elements.

Possibly one of the best day hikes in the world, the Tongariro Alpine Crossing encompasses a bounty of mesmerising landscapes which hark back to the humble beginnings of our earth.

Featuring extending volcanic terrain, unique and dramatic landforms, and a range of endemic flora and fauna, this world renowned day hike is full of extremes and surprises.

My earth element entry is this photograph of the vast south crater. Offering hikers respite from the uphill climb, the swaths of ochre and red in the ground hint at the tempestuous activity bubbling deep beneath its surface.

Uninhabited since the 1820s, the Poor Knights Islands are the eroded remnants of a 4 million year old volcano. Submerged by rising tides the world created beneath the waves plays host to a wealth of marine life quite unlike anywhere else in New Zealand.

Because of their fiery volcanic composition the islands are an architectural playground for those who dare to explore the depths surrounding the shore.

Tunnels, bubble caves, swim-throughs and gargantuan archways await divers who descend below the waterline. Thanks to a unique combination of factors the region has become a haven for marine life of all colours and species.

My fire element entry is this shot of a Tambja Verconis Nudibranch camouflaged against the colourful soft and hard corals that live on the dark volcanic rock.

Heading south now to Lake Hawea, the smallest and most northerly of New Zealand’s southern alpine lakes, where Charli and I spent a day exploring by Jet Ski.

Fed by the Hunter River the lake is dam controlled to the south by a vast terminal moraine; all that remains of an archaic glacier that carved out the flooded valley now engulfed by the waters of the lake.

As we made our way to the north eastern corner of the lake we found ourselves in a forest of petrified trees. Approaching slowly so as not to disturb the birds nesting in the boughs, our efforts were in vain as shortly after the birds took flight.

My air element entry is the image I captured of that moment.

Glaciers have been carving out the landscape of New Zealand’s Southern Alps for the last two million years.

Like a skilled potter carving lumps of clay from her mould, Mother Nature made light work of the greywacke rock that once lay in the path of the mighty Tasman Glacier. A composition of hard sandstone and mudstone, greywacke has shaped the backbone of New Zealand since the Mesozoic age.

My water element entry is this photograph looking towards the terminal face of the Tasman, through the vast ice structures which have calved from it’s gigantic face. Water is present in almost every aspect of the landscape, from the terminal lake, to the ice bergs and the glacier, to the snow-capped mountains and clouds overhead.

AND we also invite YOU our fellow Wanderlusters to join in the fun too! Leave a link to your Explore the Elements entry, or your favourite elements photo in the comments!

Check out the official competition page for more details on how to ensure your entry is registered.