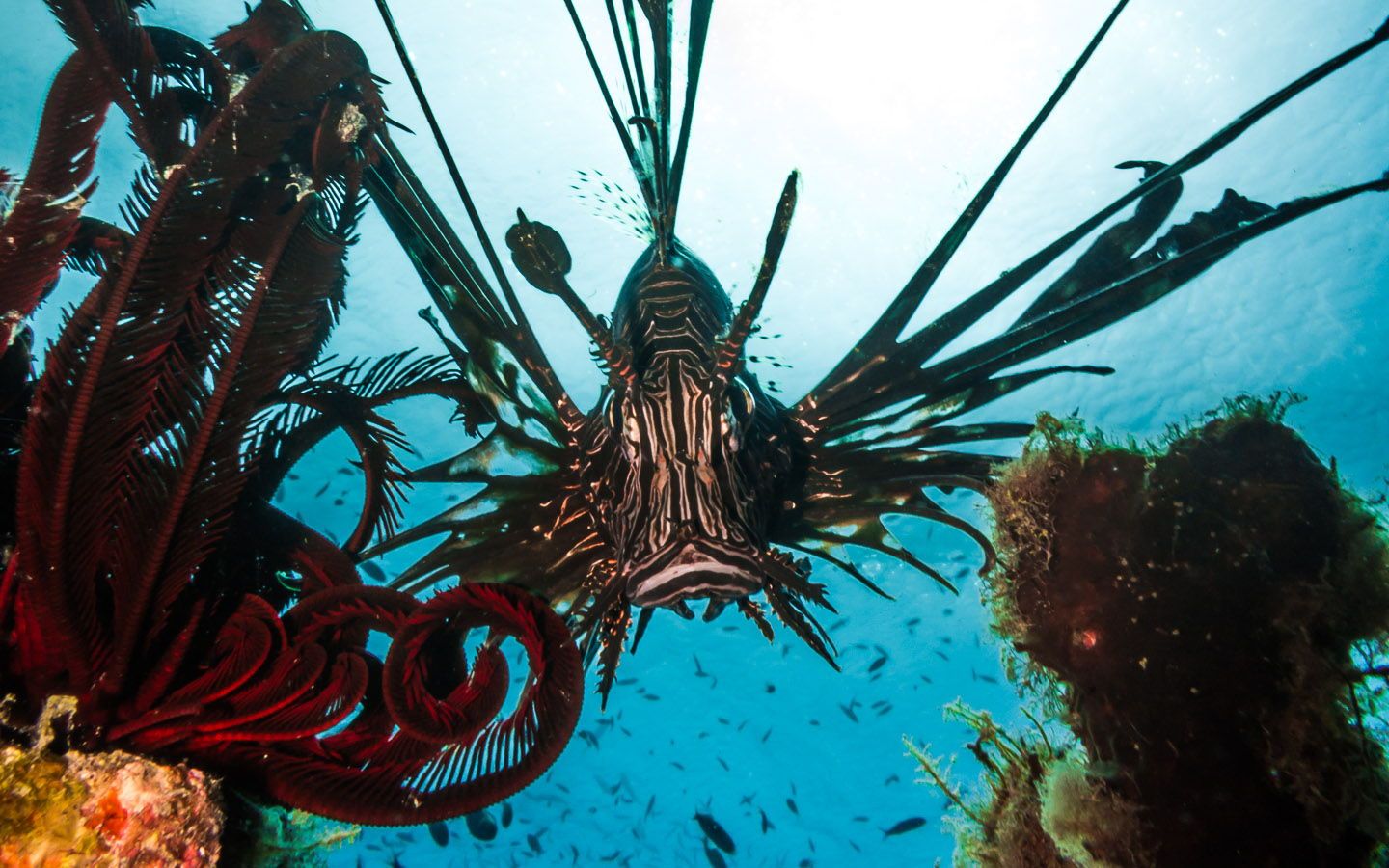 A Mecca to scuba divers and one of the few living organisms visible from space, the Coral Sea colours of the Great Barrier Reef encompass one of the most biologically diverse habitats on earth.

The product of a collaboration between billions of tiny organisms the reef supports a colossal ecosystem which impacts life in oceans across the globe.

One of the most notable aspects of the reef has to be its wealth of colour. From the schools of vibrant and patterned reef fish to the hard and soft corals themselves colour is everywhere.

A marine jungle, rich and bountiful, it offers insight into the grand design of our earth. A prime example of the great miracles which can be achieved when species work together for the good of the collective.

COLOURS OF THE GREAT BARRIER REEF 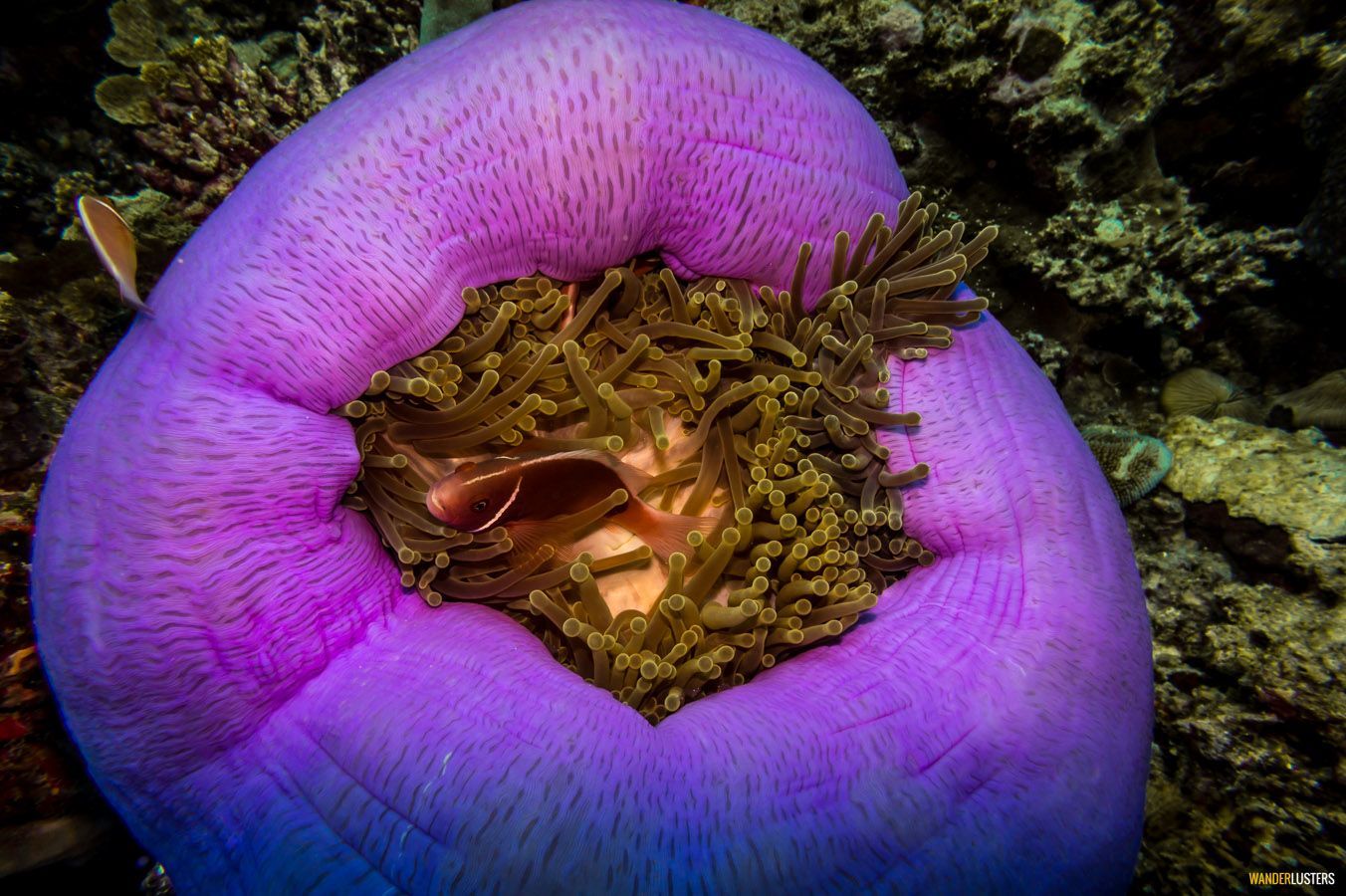 The question ‘What do all the colours represent?’ is something that has baffled scientists and marine biologists the world over.

Much like the rainforests of the Amazon basin the Great Barrier Reef is one of the great unexplored wildernesses that have remained relatively impenetrable to man.

Once a dry and barren plain the reef has evolved over the last 20,000 years after the original Australian coastline flooded due to rising sea levels.

Offering the perfect conditions for coral reefs to form the tiny coral polyps invaded the shallow waters and took hold proving a new habitat for species old and new. 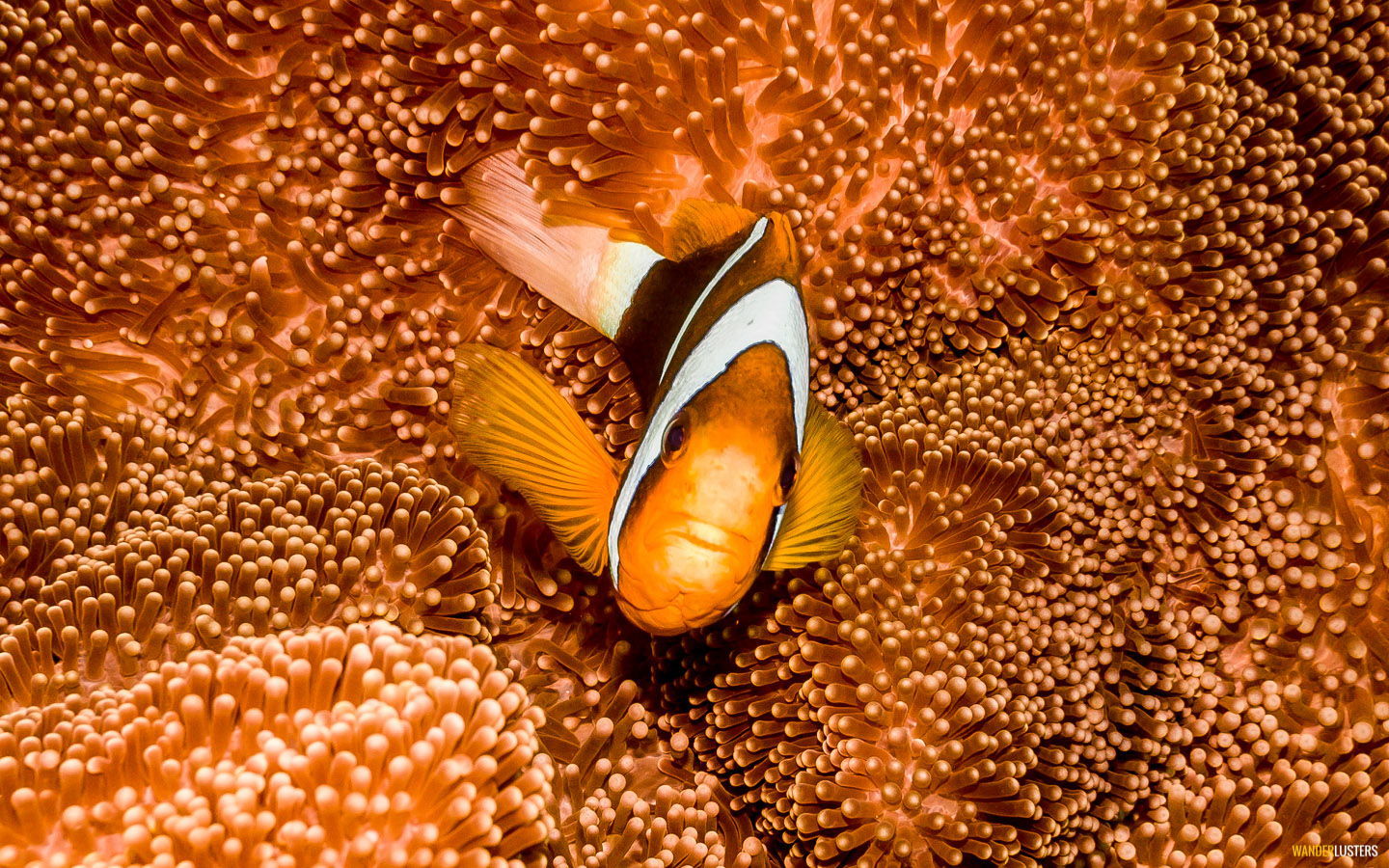 The vivid colourings of both the inhabitants and the reef’s habitat have been studied in depth and scientists have made some fascinating discoveries.

In truth the explanations for such a varying display of rainbow colourings are just as varied as the spectrum on display.

Studies show that certain species of fish found in temperate waters tend to display duller markings than their cousins in the tropics, suggesting that the purpose of their markings are purely for species recognition.

However behavioural studies suggest that in environments as colourful as that of the Great Barrier Reef, patterns and colours act as camouflage.

Having spent time exploring the Great Barrier Reef myself I can attest to the apparent ease at which certain species seem to disappear into the coral, others seem to make a point of standing out from the crowd and perhaps for good reason. 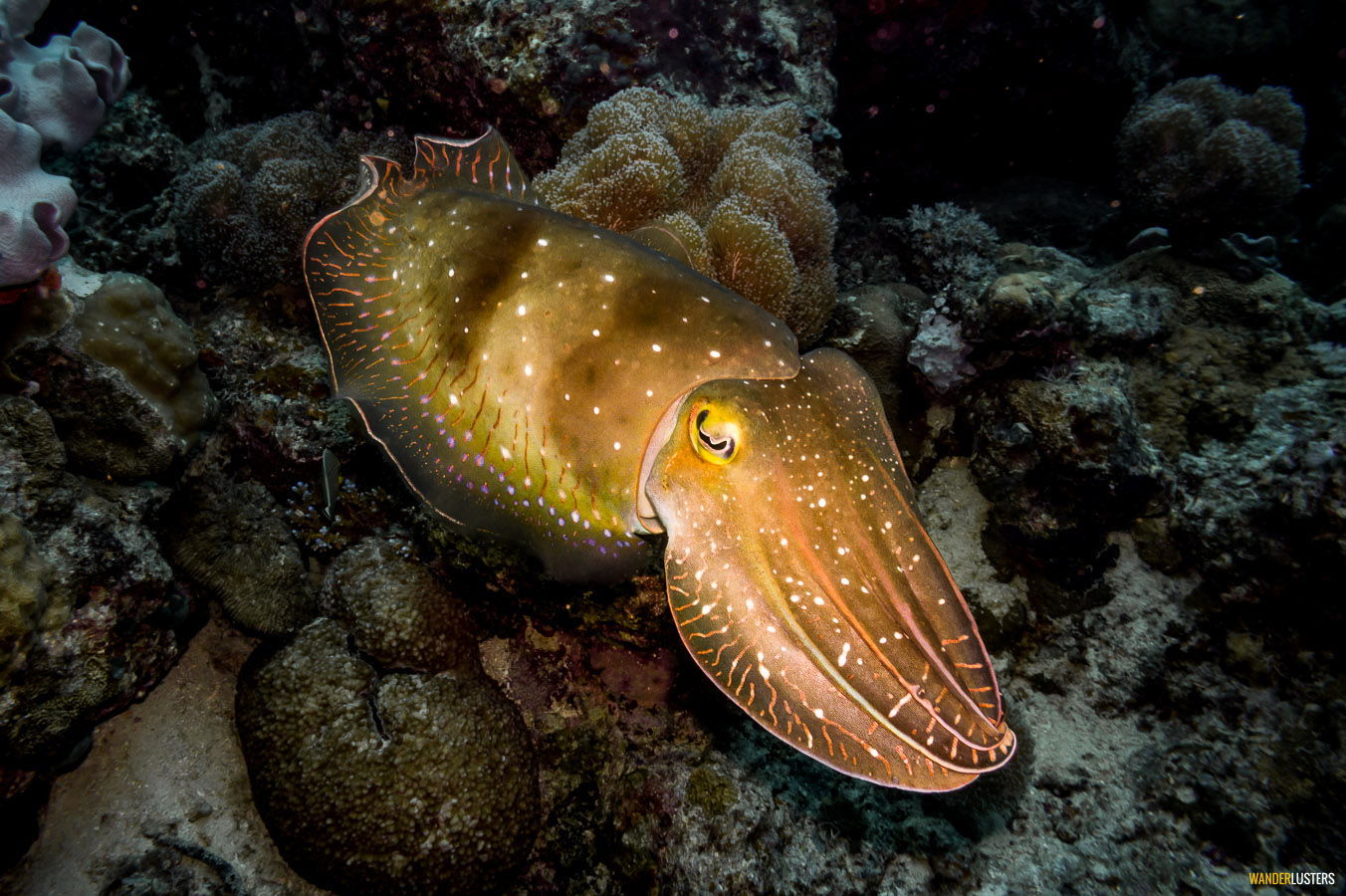 In an environment where many species are prevalent it is vital that they are easily recognisable to attract a mate or avoid consumption by a confused predator.

It is still unknown whether or not fish can see and differentiate colour therefore all our musings as to the nature of the vibrancy found on the reef may in fact be irrelevant.

Biologists have developed a number of colourful theories to determine the apparent use of colour in the marine world.

A large proportion of poisonous fish are brightly coloured and display recognisable patterns which it is assumed is to warn predators that they are a potentially hazardous meal.

In some cases non-poisonous species have attempted to replicate this display in the hope that their predators will mistake them for their more perilous cousins. 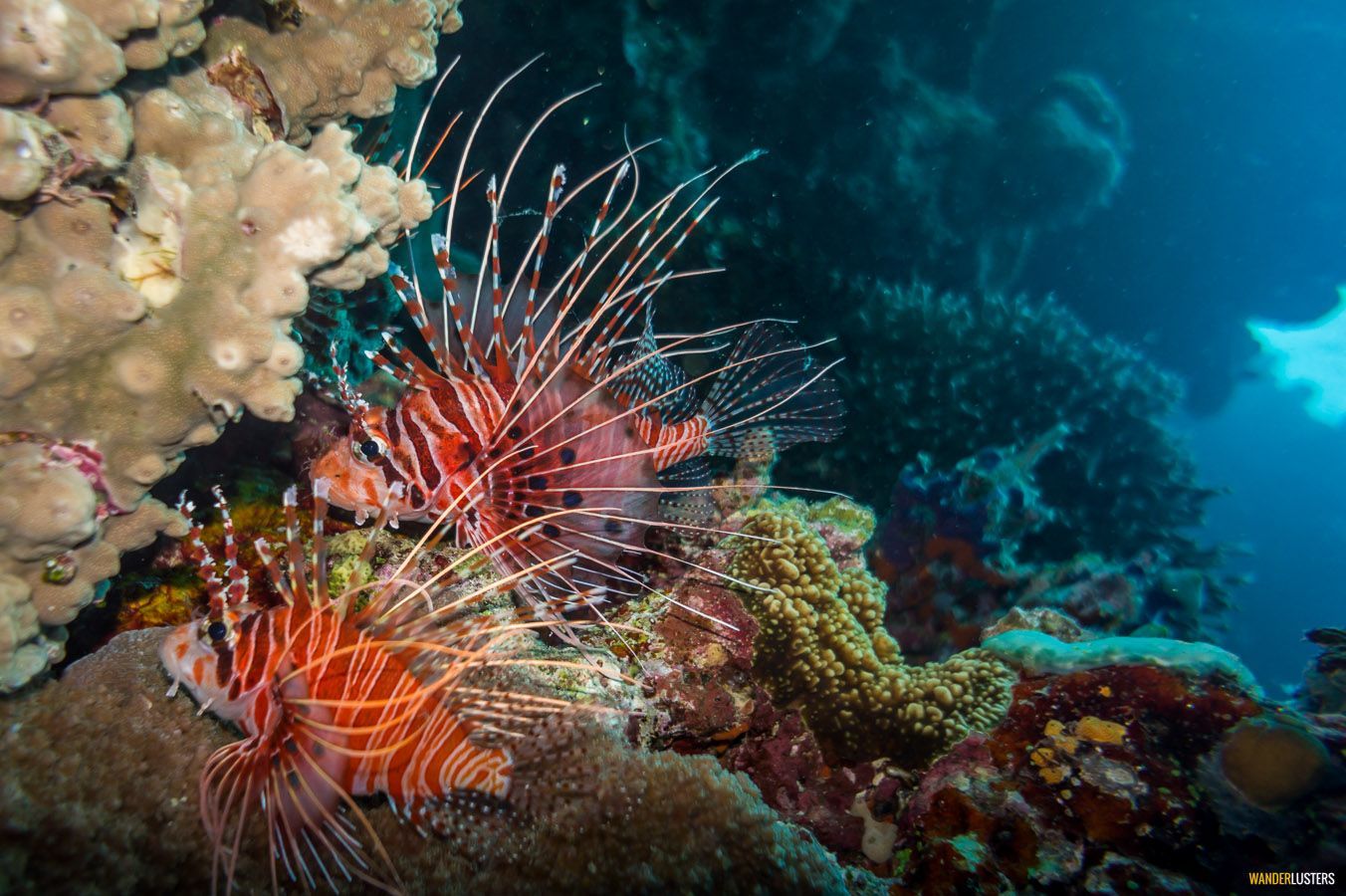 Changing colour in the natural world has long been associated with a change in mood.

The cuttle fish displays a dynamic camouflage which responds to its environment. When threatened it mimics its surrounds to avoid detection and if provoked its skin flashes like an electric light show, a display to intimidate or perhaps impress.

Most of the Great Barrier Reefs inhabitants spend their time trying to avoid detection by their predators thus the ability to alter their appearance is a huge advantage.

Some confuse predators by concealing their eyes in a bid to look inanimate while others have false eyes adorning their fins to make them appear exotic or inedible, and in some cases to fool their predator into attacking the wrong end of their body. 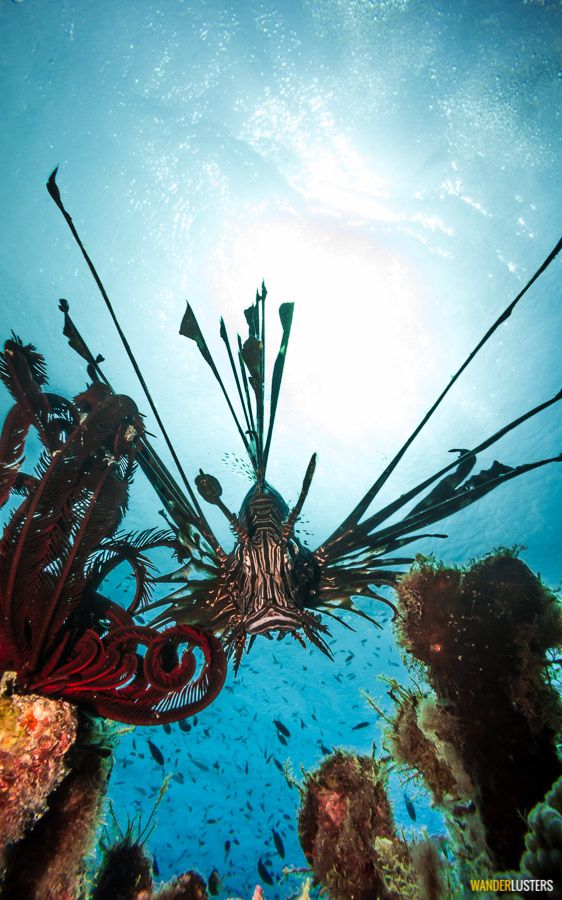 Butterfly fish are known to dull their vibrant tones on a night to enable them to hideaway amongst the coral.

Some juvenile fish vary so dramatically from their adult kin that biologists actually mistook them for a completely separate species.

It is thought that juveniles display a separate skin to allow others to clearly identify them, avoiding embarrassing incidents of misidentification during mating seasons or in territory disputes.

Many species display different colours and patterns depending on whether they are male or female. In an environment where transitioning into a different sex is a regular occurrence, this provides a way to differentiate who’s who during mating season.

With so many colours on show under the Coral Sea the Great Barrier Reef is an ever changing canvas of colour and light.

Have you ever seen the rainbow of colours within the Great Barrier Reef? Share your trip report with us below.