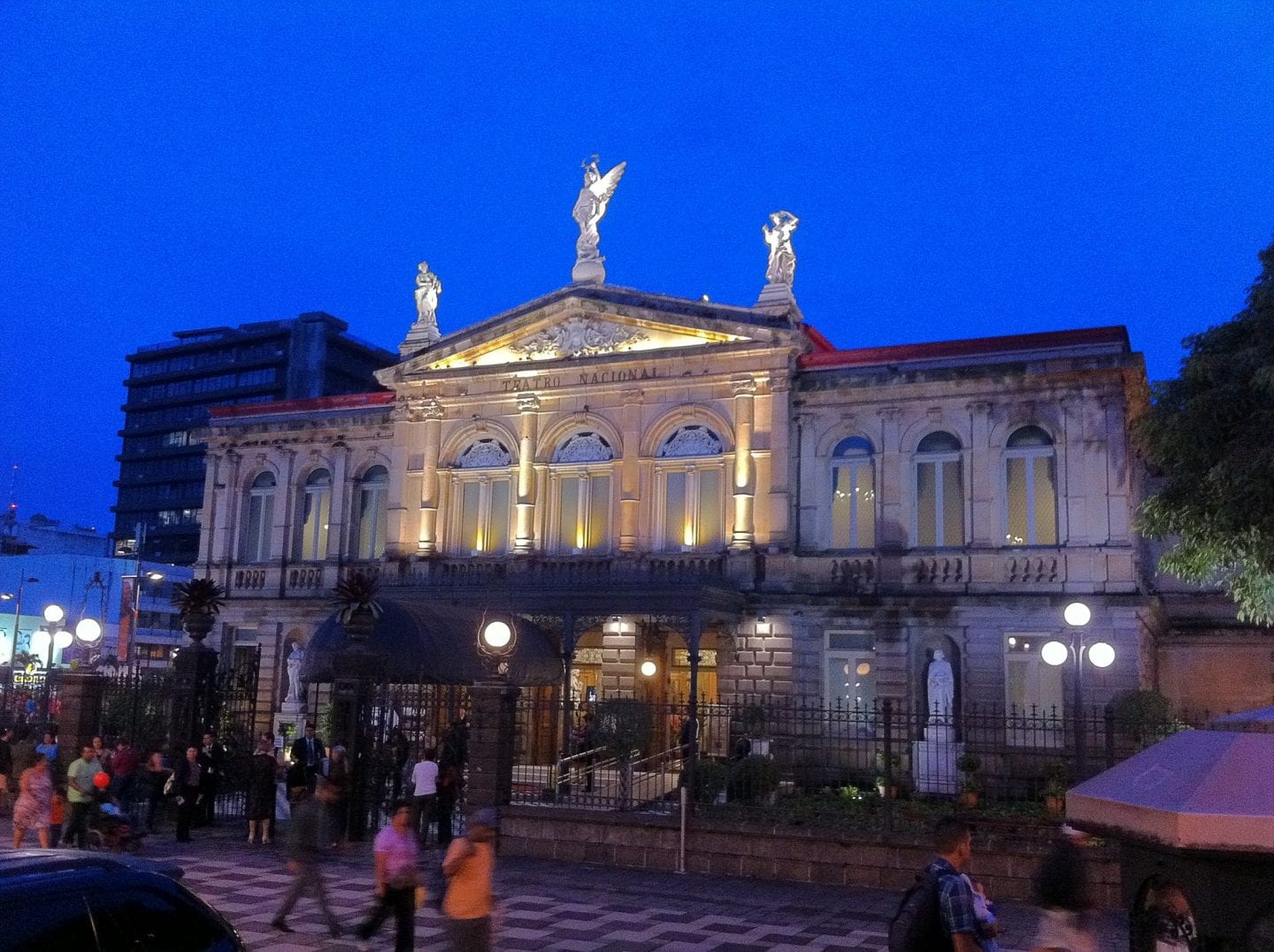 San Jose (not to be confused with its more famous American counterpart) is the capital and the largest city of Costa Rica, a Central American country bordered by Nicaragua to the north and Panama to the southeast. Located in the mid-west of the Central Valley, San Jose is the cultural, political and economical focal point of the country, with a rich history and culture that dates back to the early 18th century.

Despite its rich culture and vibrant nightlife, the capital city is often overlooked by travelers eager to visit the country’s beautiful beaches and tropical rainforests. But San Jose deserves more credit than it gets, as it hosts landmarks that you can’t see anywhere else in the country or the rest of Central America.

Furthermore, as exotic as the city may be, it is not as expensive as some people might believe, public services, cost of living, as well as tourist activities. If you want to find out what are the world’s cheapest places for dental work check the linked article. There you will find more than a dozen of the most affordable dental tourism destinations, and San Jose is one of them.

In this article, we will try to do the Central American capital justice and highlight a few of its many landmarks. Stick around and you will find out why San Jose is a place worth visiting at least once during your lifetime.

EXPLORING THE CITY OF SAN JOSE

Like many Central American cities, some people might feel overwhelmed by San Jose’s congested streets and sprawling city blocks, but it is not as much of a culture shock as some might think. Hosting around 333,288 people (2 million if you count the metropolitan area that extends beyond canton limits), San Jose can be considered a medium-sized city by Western standards. But since San Jose is the cultural, political and economic hub of the country and many people move and commute there either for studying or working, the city feels much more congested than it actually is.

With that being said, San Jose is much easier to navigate once you get the ‘’pulse’’ of the city. While San Jose stretches in every direction, with beautiful rooftops, parks and a couple of high-rise buildings scattered around the place for good measure, there are certain places where all the major landmarks are concentrated.

The place where you will find the highest number of tourist attractions is Avenida Central (which means literally ‘’Central Avenue’’). It is one of the most accessible places in the city simply because tourists can find there many landmarks (museums, statues) and access services (outdoor plazas, shops, parks, restaurants) simply by taking a stroll.

Surrounding Avenida Central are several neighbourhoods where you will find a diverse set of urban dwellers, from young professionals and students to artists and business people.

Now that we have covered the basics, let us take a look at what the city has to offer in terms of landmarks and tourist activities.

THE NATIONAL THEATRE OF COSTA RICA

Teatro Nacional de Costa Rica is the country’s biggest national theatre. Located right in San Jose’s downtown, the theatre has been opened to the public since October 1897, making it one of the oldest buildings in the country. The National Theatre has an elegant architecture of late 19th-century European inspiration.

The theatre is a great source of national pride, presenting high-quality performances with extremely strict artistic criteria. But even if you are not a fan of classical music, the building is worth visiting for its exquisite interiors and lavish furnishings that will transport you back 150 years.

Are you interested in the history of one of the most sought-after precious metals in the world? Then you should not to skip the Pre-Columbian Gold Museum.

Fittingly located underneath the Plaza de la Cultura, the building itself hosts two other currency-related museums, namely the National Coin Museum and the Casa de Moneda. The former has a collection of coins dating back to the 13th century (1236, to be more precise), while the latter is dedicated to the country’s history of minting. It is a fascinating landmark filled with interesting objects, so if you are interested in niche historical subjects (because, let us be honest, this is quite niche), then you should give this museum a try.

THE NATIONAL MUSEUM OF COSTA RICA

While San Jose has a wide range of museums dedicated to very specific topics related to the country’s history, the National Museum is a good place to get a taste of Costa Rica’s general history.

It hosts a wide variety of historical objects, from pre-Columbian artifacts such as carved sculptures, gold and jade jewelry, and stone spheres to exhibits dating back to 1949 after Costa Rica’s abolishment of the military. The National Museum teaches visitors a little bit of everything about the country’s history, so if hundred-of-years-old coins are not your thing, make sure to visit this landmark.

If you are tired of rushing from museum to museum and walking through highly sensitive exhibits, then maybe it is high time you take a break in the Parque Metropolitano La Sabana. Known as ‘’the lungs of San Jose’’, it is a sprawling park that everybody can visit either for an evening stroll or to enjoy a picnic under the trees. This landmark is located right in the center of the city, with some people calling it San Jose’s equivalent to New York City’s Central Park. If you are the type of tourist who likes to feel the ‘’pulse of the city’’ and see how the locals go by their day-to-day lives, this is the perfect spot to go to.

Are you craving to visit an authentic Costa Rican market where you can buy all sorts of trinkets and  souvenirs or just enjoy a good cup of Central American coffee? Then you should definitely give Mercado Centrale a try. There, you can find anything from coffee beans and hammocks to knickknacks, cigars, and fruits and vegetables. But one of the greatest things about this market is that everything can be negotiated. In fact, bargaining is part of the city’s culture, so do not be afraid to do it.

Another historic landmark worth visiting is San Jose’s Metropolitan Church. Located in the close vicinity of the National Park, the Catedral Metropolitana, as locals call it, is a beautiful building with a sleek exterior, and exquisitely decorated interiors with stained glass windows, elaborate wood carvings, and even a Christ figure which is believed to date back to the 17th century.

If you are looking to escape the hustle and bustle of Central America’s urban environment, the Orosi River Valley is the ideal place to do so. The road to the Orosi and River Valley, which goes through the rich Costa Rican countryside, passing staffee plantations and Cartago, the country’s first capital, is as beautiful as the destination itself.

The old capital warrants a visit as it is the hotspot for a wide range of outdoor activities like white-water rafting and boat rides. After going through these places, you will arrive at the Tapanti National Park. There, you can check out the park’s hot springs (which are located alongside the river) and the oldest standing church in the country. The valley is good for hiking too, so bring along some gear if you are into it.

Although San Jose does not make many lists of the most sought-after tourist destinations, Costa Rica’s capital city deserves more attention than it gets. The city hosts a wide variety of cultural landmarks from beautiful historic buildings to museums dedicated to highly specific aspects of the country’s history and has a vibrant nightlife with chic bars and upscale restaurants.

San Jose is as lively and vibrant as you would expect a Latin American city to be, so if you are looking to visit a beautiful place that is sadly omitted from many tourist guides, you should give the Costa Rican capital city a shot.