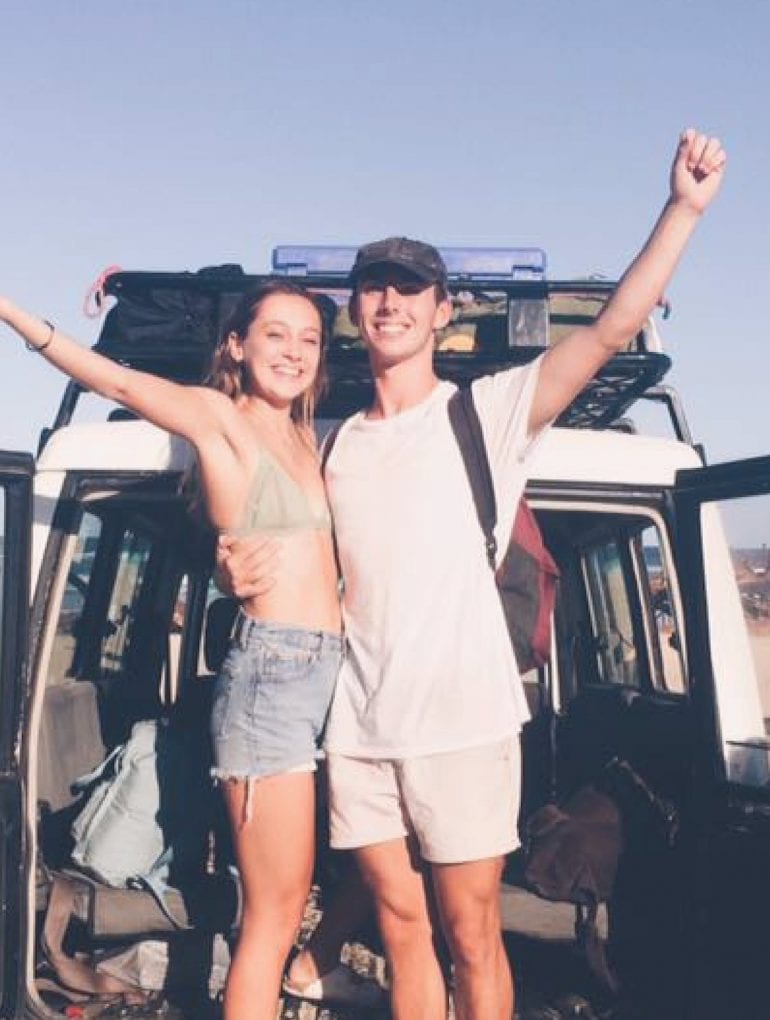 Thoughts on the Realities of Travelling as a Couple

I can imagine that to a lot of people, travelling long-term with your significant other is a daunting thought…

How will we function spending 24/7 together? Will I be able to have my own space?  What if we want to do different things?

The whole concept can seem very overwhelming but it really shouldn’t be like that. If you’re in it for the long-term then take it as the ultimate test of your relationship and SMASH it! Believe me, if it’s meant to be, you’ll come out the other end closer and more in love than ever.

Myself and my boyfriend have travelled together for the past four years of our relationship; hopping on countless planes to various city breaks, road trips, and adventures.

Travelling is our thing, it’s where all of our money (literally all of it) goes and I wouldn’t want it any other way. Our biggest, most exciting trip was travelling up and down the East Coast of Australia for six months.

We went with a rough plan of where we wanted to go, booked a week of accommodation, and left the UK with a couple of thousand dollars to our name and absolutely no clue what was in store for us.

You need to be open minded

Travelling as a couple never seemed to phase us, our relationship never came into question and I don’t remember ever being worried about the strains that being together so intensely may cause.

I think that state of mind is what made it work for us; taking on the chilled out attitude of the Aussies… Don’t think too far ahead in to the future, or what the situation will be like when you get home.

It’s easy to get caught up and overthink but try and focus on the present, taking each day as it comes and just enjoying each and every moment. Memories In that half year, we had the time of our lives and honestly came out the other side even closer. It’s weird, in a short amount of time, you become so aware of each others little quirks or traits that you haven’t picked up on before.

Experiencing new places and putting yourself in vulnerable positions, in our case being half way across the world from our families, makes you fall in love with your partner all over again as with each step that you both take into the unknown, you experience a new side to them.

Just think of all the incredible memories you’re making. Someday, when you look back on them wouldn’t you rather reminisce about the amazing time you spent travelling rather than a what a bumpy ride with your other half it was!? Compromise Everyone is different. People like different things and that’s just natural.

Just because you’re a couple, doesn’t mean you’re the same person; you are both going to want to do what you want to do. The key is compromise. I am so awful at sitting still when I’m travelling. Don’t get me wrong, I love nothing more than crashing out on a beach and sunbathing but that can’t be all we do; I have to get up and be active at least once a day.

My boyfriend is the opposite, he is so much more laid back and would happily chill out all day without a care in the world. Of course, there will be things that you’re both eager to see or do and that’s great – prioritise these. Then, both make a list of what you personally want to experience and dedicate time to fulfill each item on the list, being sure to mix and match.

Make your own friends

Naturally, other people don’t tend to approach couples. Where solo-travellers and groups gravitate towards each other, people that look like they’re in a relationship often get ignored. Which is fair enough, people probably assume that you’re happy as a pair and wouldn’t be any fun if you were to join in anyway.

If you’re up for meeting others, you have to put in all of the work. In Australia, for about two and a half months we really struggled to secure a decent friendship with anyone. We met a tonne of great people but, as we quickly gathered when hopping between hostels (read my backpacker’s guide to Manly here), you meet people, chat all day and all night and then never see each other again!

It didn’t bother us that we hadn’t met anyone but, we were keen to find some like-minded people to travel around with. You always hear of the travelling community meeting loads and loads of people and going out every night and we felt like we were slightly missing out on that part.

Eventually, we met an amazing couple that we are still super close to almost three years later and I am so glad we did! We spent about three months travelling the rest of the East Coast with them and within that time became extremely close.

It all started with a bit of small talk over dinner at a hostel, that turned into a night out which then lead to a day trip together the next day. It’s much easier said than done but just put yourself out there, take that step and start up a conversation; even if it is simple “so, where are you guys from”.

Travelling with another couple also gave us some time apart, well not apart but an alternative to being in each other’s pockets all day everyday. Instead, we had two other people to share our time with. Alone time is one of the most important aspects of travelling as a couple.

Even if you’re not technically ‘alone’, try and make time once a day or once a week to have an hour to yourself. Whether that be, switching off and watching something on your phone or laptop, taking a walk, or even popping to the shops.

Just something to encourage a bit of breathing space.

INSPIRED? PIN THIS TO YOUR TRAVEL PINTEREST BOARDS NOW!