Mataatua | The House That Came Home 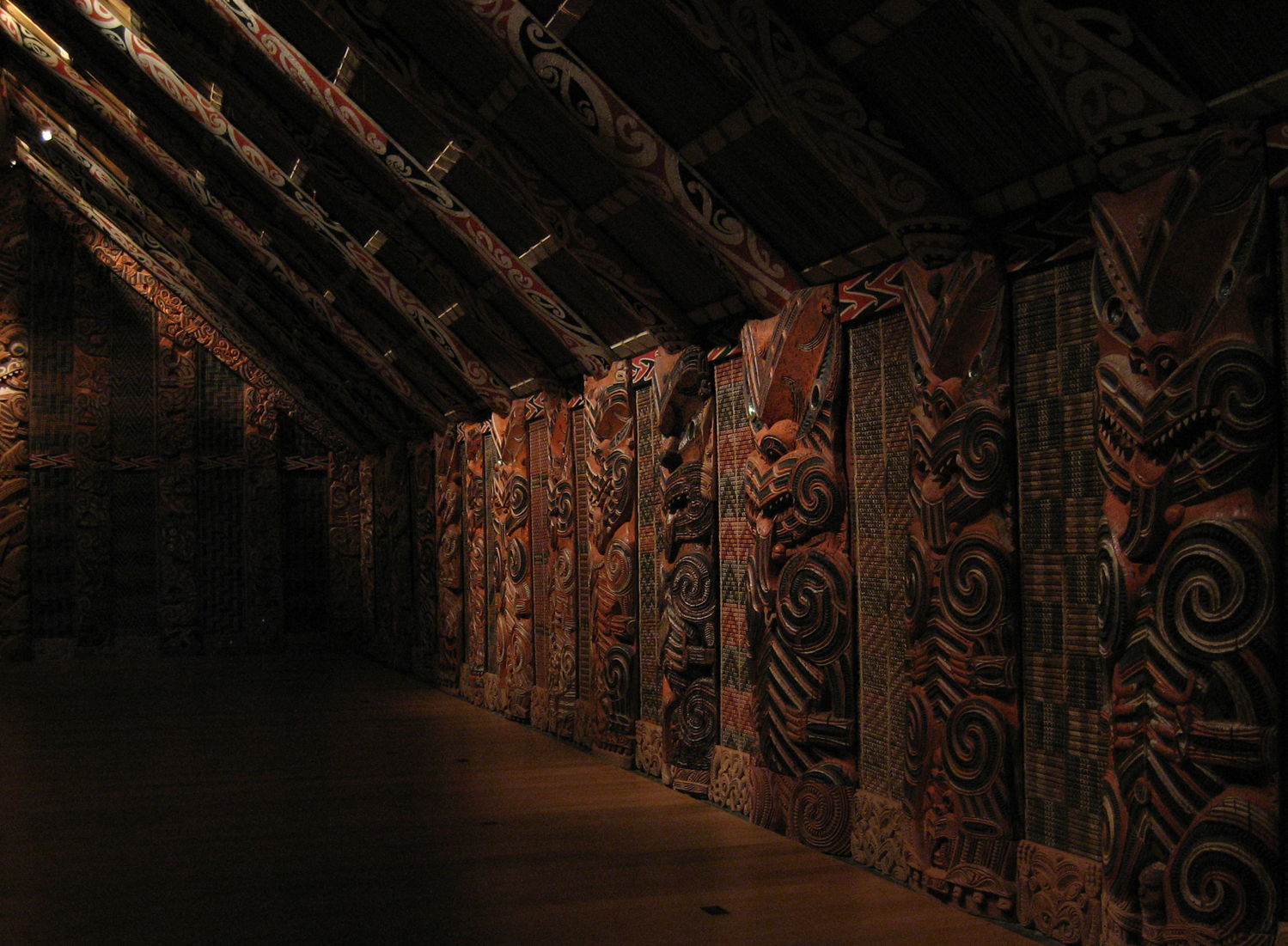 Here is a place where together, we can celebrate our past, our present and our future – Ngāti Awa Iwi

A word I feel is lost on my generation.

For the most part we’re far too consumed with technology, consumerism and celebrity. Defined by the clothes we wear and the salary we earn rather than our cultural identity. Heritage is something we learnt about in history lessons, not something that applies to our existence.

THE WHAKAPAPA OF THE NGATI AWA IWI 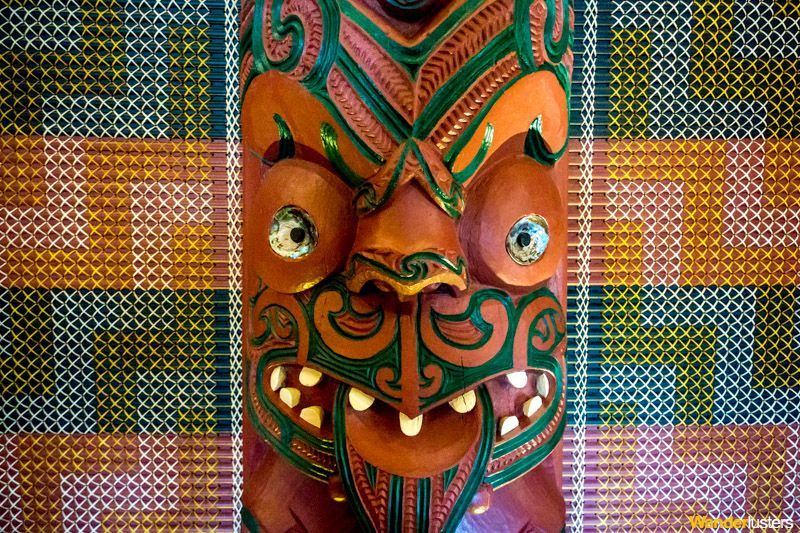 Heritage is an important part of Māori culture.

The history of each individual tribal group is kept alive through Whakapapa, a form of genealogy that traces ancestral lines, birth rights and the Māori creation story.

The Whakapapa of the Ngāti Awa – a Māori tribe based in the eastern Bay of Plenty region of New Zealand – tells of Toroa, one of the principal ancestors of the tribe, who led the migration from Polynesia over 1000 years ago.

After encountering a whirlpool in the ocean during his crossing, the brave Toroa recited a prayer that safeguarded the boat and allowed safe passage to the shores of Aotearoa – New Zealand.

Building a settlement they named Whakatāne, the Ngāti Awa people lived as they had done in Polynesia until the European colonisation of the early 19th century brought about a period of deep cruelty and suffering.

Ignorant to the cultural heritage of the Ngāti Awa the settlers took their land and imprisoned their men. With no concept of the spiritual connection the tribe had with the land it was confiscated by the new government, and their people were treated with little respect. 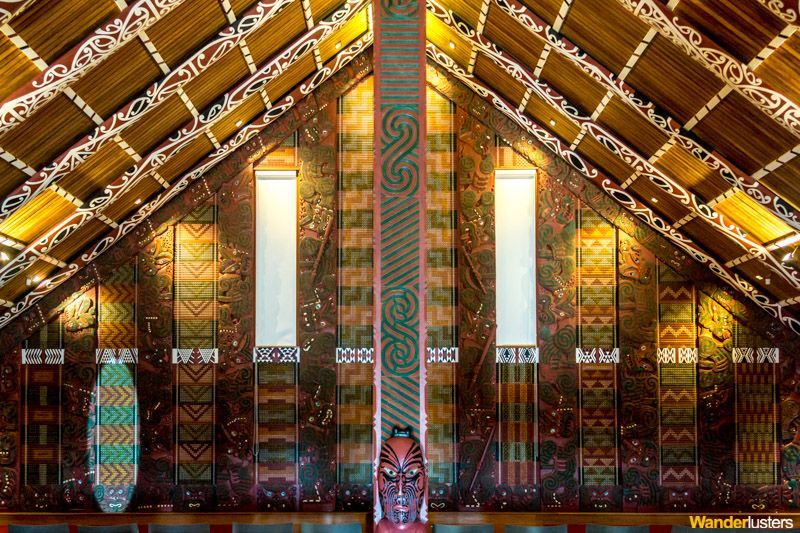 Mataatua Wharenui – the meeting house – has always been a focal point for Māori communities. Steeped in significance it sits at the heart of the culture and is thought of as the ancestral house.

In the 1870’s Ngāti Awa built a magnificent carved Wharenui known as Mataatua. A symbol of unity it renewed their strength and celebrated their heritage, and was largely accepted by the surrounding European population.

During the opening ceremony it was dedicated to Queen Victoria as an expression of goodwill. It was hoped that she would one day visit the beautifully carved Wharenui and admire her gift from the Ngāti Awa people.

Just four years later the newly formed Liberal Government decided that the house was to be dismantled and shipped to Sydney to represent the newly colonised New Zealand in the 1879 International Exhibition.

Here began a journey that would see the house circumnavigate the globe for the next 130 years.

Despite the obvious distress of the Ngāti Awa people the house was dismantled and shipped out of the country. A great source of pain for the modern members of the tribe they recount the sorrow their ancestors felt at having the root of their ancestral heritage removed from its sacred home.

Left in storage beneath the floors of the Victoria & Albert Museum for over 30 years its return was finally negotiated by the New Zealand government in 1925. Another seventy years past before the house was finally returned to the Ngāti Awa people.

Lovingly restored by the late Ngāti Awa master carver Te Hau o Te Rangi Tutua and his team of his, it took another 15 years before the house was restored to its former glory.

If you’re visiting the Bay of Plenty region of New Zealand we highly recommend calling in at Mataatua, Te Manuka Tutahi – The House That Came Home, to immerse yourself in the cultural heritage of the Ngāti Awa people.

As a visitor you are welcomed with a customary greeting by the Tangata Whenua – people of the area. The ritual welcoming ceremony – Pōhiri – includes a number of traditional Tikanga – protocols – that stem from the ancestral roots of the Ngāti Awa people.

The origins of the rituals are rooted in the cultural history of the Māori people and the traditions are still practised in modern Māori society.

Walking towards the entrance a lady of the house begins the Karanga. Acknowledging her spiritual ancestors she delivers news of our visit, noting the formation of the visitors she is able to tell if our visit will be a peaceful one. If there are women at the front of the visiting party it is deemed they are coming in peace, if men stand forward of their women this symbolises aggression and is an invitation to fight.

As we get closer to the structure the men of the house begin the haka pohiri, a display of song and movement, they confirm the purpose of the visit to the ancestors of the house.

Moving into the doorway of the house we are invited to remove our shoes to allow the souls of our feet to connect with the Mataatua, an additional mark of respect that is practised in all Māori households.

Entering the house we take part in the hongi, clasping the hands of the members of the house we press the bridge of our nose against theirs. This act represents a sharing of the breath of life and is an intimate welcome into their sacred house. 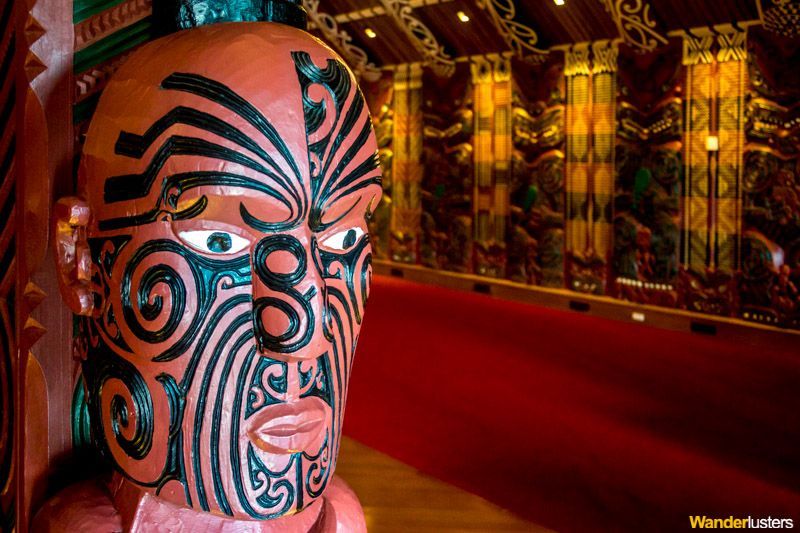 Tipuna means ancestor and many ancestral meeting houses are named after one of the tribe’s principal ancestors or a significant historical event. The corner stone of the tribal society a huge amount of respect is shown to the construction of the building.

Intricate carvings depict stories from the tribe’s heritage and the structure of the building is such that it details the welcoming nature of the Ngāti Awa people. Welcoming arms extend through the building and each delicately carved panel gives visitors an insight into the history of the tribe.

Having entered the house we are invited to sit on the right hand side of the building, traditionally the men and Chief of the visiting party sit in front of their women folk. Respecting this tradition I take my place behind Ben and we watch as the members of the house explain its history through traditional Māori songs and movement.

Surrounded by the 100 year old craftsmanship of the house I close my eyes and am transported deep into the heritage of the tribe. I recall how passionately our guide Harry spoke of his customs and feel honoured to have the opportunity to join in the traditions of his people. 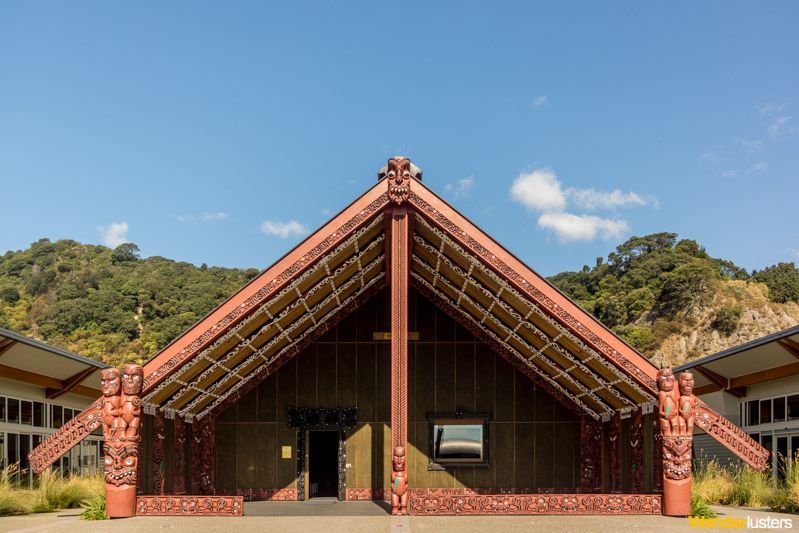 After a warm welcome we are taken into the belly of the meeting house to watch an innovative light display that cleverly retells the creation story of the Ngāti Awa people.

Produced by Weta, the studio responsible for captivating audiences of The Hobbit, X-Men and Avatar with their out of this world visual effects, the display is nothing short of spectacular.

Utilising the series of carvings along the back wall the team have crafted an enchanting account of the tribe’s Whakapapa. Highlighting areas of the carvings the lights facilitate a unique luminary illustration of Ngāti Awa heritage.

The combination of light and sound are an emotive mix that evokes a connection to the history of the beautiful structure that surrounds me.

Thanks to the enthusiasm of the members of the house my understanding of Māori culture has been elevated, and my respect for their heritage ignited.

After our one hour experience in Mataatua Wharenui we are invited to join our guide Harry for the Kai. The last of the traditional welcome protocols it is an offering of food that signifies the Ngāti Awa people’s acceptance of their guests.

We are offered a tea made from the root of a native plant, originally used for its anaesthetic properties it is said to purify the blood, and a traditional Māori bread with butter and honey.

As we sip our tea Harry talks to us about the struggles faced by his tribe in modern times. Lured by the ‘American Dream’ many of the younger members of the tribe are moving away from their cultural roots and embracing a more ‘Western’ approach to life.

He talks passionately about the importance of the Māori culture in society and makes a number of observations regarding the relationship between European and Māori descendants.

‘We teach you how to connect with the earth on a spiritual level, and you teach us how to get a job’ he jokes.

A poignant example of just how little our European heritage is benefiting the lives of the Ngāti Awa people. 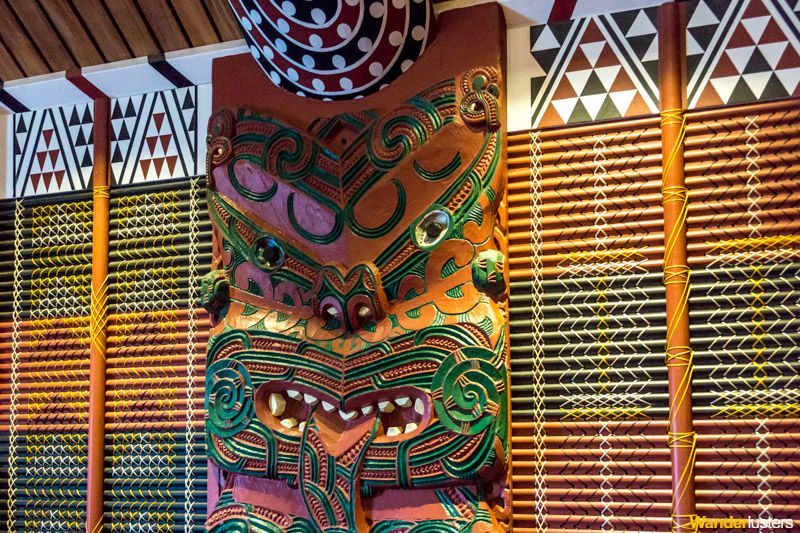 We thoroughly enjoyed the one hour Mataatua Māori Marae Experience and would recommend a visit to anyone interested in learning about the fascinating history of The House That Came Home and the heritage of the Ngāti Awa Iwi.

We’d like to thank the members of the Marae and the Ngāti Awa Iwi for their acceptance to experience Mataatua, Te Manuka Tutahi.