Isla De Ometepe: Where To Chill Out In Nicaragua 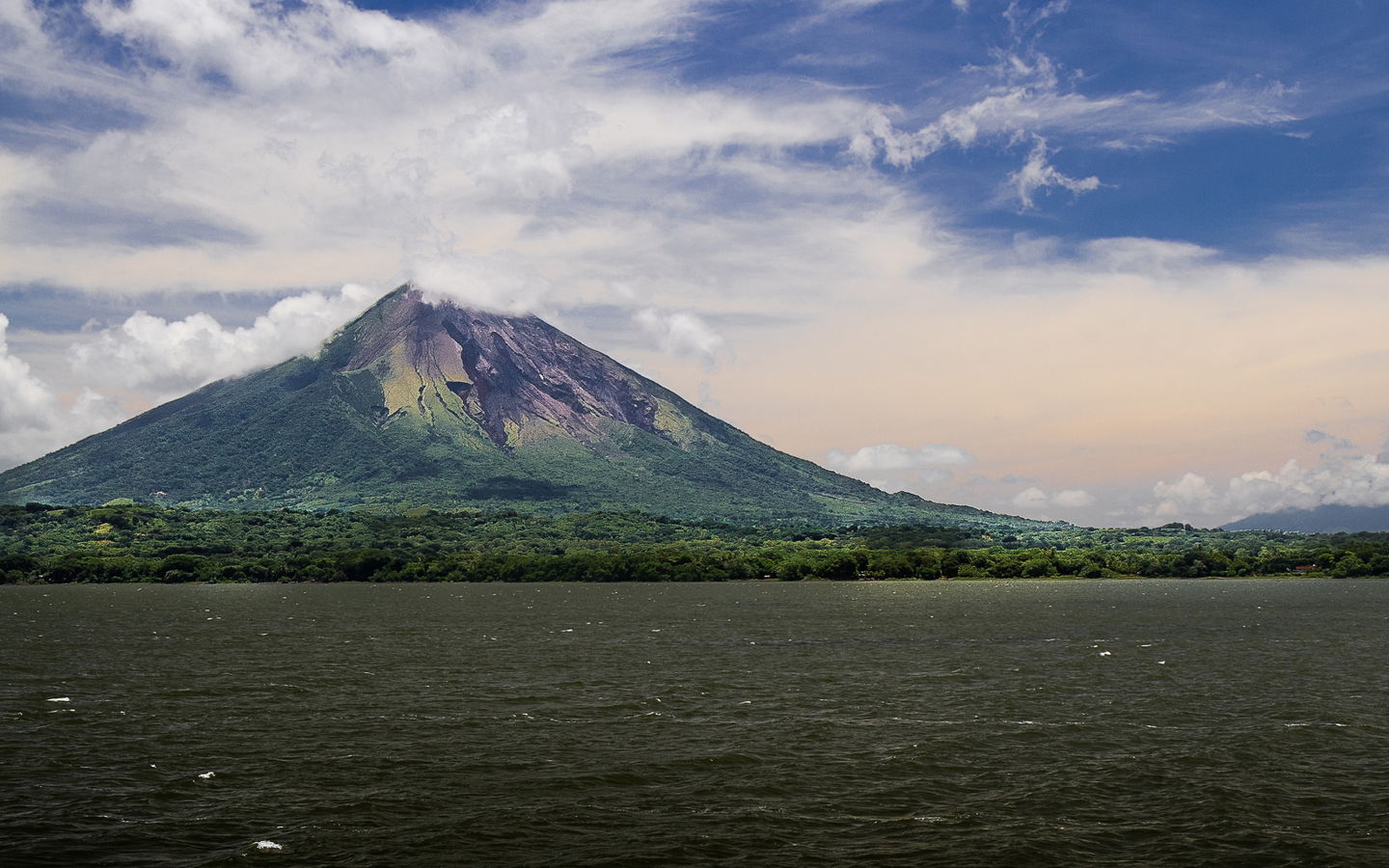 If there is one place I would recommend for everyone to visit when exploring Nicaragua, it would be Isla de Ometepe.The island in the shape of a figure of eight is home to two active volcanoes (Concepci—n and Maderas), and is covered in lush vegetation, pretty beaches, incredible wildlife and even archaeological sites.

Getting to Ometepe was a bit of a hassle and while battling my way there on buses, ferries and various other methods of transportation, I wondered if it would be worth it.

It took me something like nine hours to get there from the colonial city of Granada, on a trip that involved cramming myself and my backpack onto the most crowded bus to the town of Rivas, bartering fiercely with a taxi driver to get to the little port of San Jorge, and then boarding a ferry for one of the choppiest boat rides I have experienced to date. Finally I landed in Moyogalpa where I finally got on another bus to BalgŸe to finally and then embarked on a hike to the hostel.

In any other country, the 70 km from Granada to Rivas would take no more than one hour, even on a slow bus. In Nicaragua though it will take you three hours. The battered chicken bus was literally exploding with people, yet it constantly stopped to let more on board. It then took around two hours to ride the less than 35 km from Moyogalpa to BalgŸe (the most remote village in the island) at the foot of volcano Maderas.

Why you should visit Isla de Ometepe

It didn’t take me long to understand that Ometepe was well worth the hassle. I knew that the island was going to be on the rural side, and while I had been told that the two biggest settlements (Altagracia and Moyogalpa) would offer more services for tourists, I decided that I wanted to experience the true charms of the island and opted to stay in the even more rural BalgŸe.

There, I stayed at Finca Magdalena, a hostel in the middle of the forest, which I managed to reach after a good 45 minute hike (backpack and all) on a steep hill, on a dirt road, where no cars or buses would go.

It turned out to be the perfect place for me. It was silent, it had a lovely chilled atmosphere, and for as rustic as it was, it had all the comforts I needed. Not to mention, as it was on the hill I was lulled to sleep at night by a cool breeze, and the view over the island and the volcanoes was just spectacular.

What I loved the most about it, is that Finca Magdalena was an attraction in itself. “Finca” is a Spanish word for farm, and in fact Finca Magdalena has a coffee plantation that can be visited.

It also is where the trails for hikes of the volcano Madera start, though anybody on the island rightly points out that it is recommended to go on a guided hike, as it is really easy to get lost on the slippery slopes and thick vegetation that cover the volcano and make up for a challenging hike.

Finca Magdalena also gets some bonus points for wildlife spotting. Right there, as I was just relaxing on a hammock on the large porch, I noticed some movement on the trees in front of me, and I quickly realised it was a family of monkeys! All I had to do to spot them was actually just sit around and listen to the sounds of nature.

Isla de Ometepe is the perfect place to chill out in Nicaragua!

One of the things I enjoyed the most in Isla de Ometepe was exploring it by bike. It just is perfect for that, as there aren’t many cars on the island. One of my favourite trails was a route to Playa Santo Domingo, a lovely isthmus often swept by the wind from where it is possible to reach the Ojo de Agua (a swimming hole that was built in a way that perfectly fits with the nature surrounding it). From here I could also kayak on the Rio Istiam.

However, the highlight of my trip to Isla de Ometepe was getting to meet a local family, in a bit of a ‘rocambolesque’ way. I had left the hostel for a walk in BalgŸe on Christmas day, just to explore its surroundings. However, it soon started raining. So much so that, since I had no umbrella and the Finca Magdalena was a hike away, I had to look for shelter till the rain stopped. There was nothing in sight, so I just randomly walked into someone’s house as a group of people were celebrating Christmas! They were playing guitars and singing along on the patio.

The blank faces I got when I walked through the gate saying “Feliz Navidad” quickly turned into a welcoming smile and the offer of a chair to join in the celebrations. That’s how I got to spend my Christmas away from home. Yes, Ometepe was worth all the hassle!