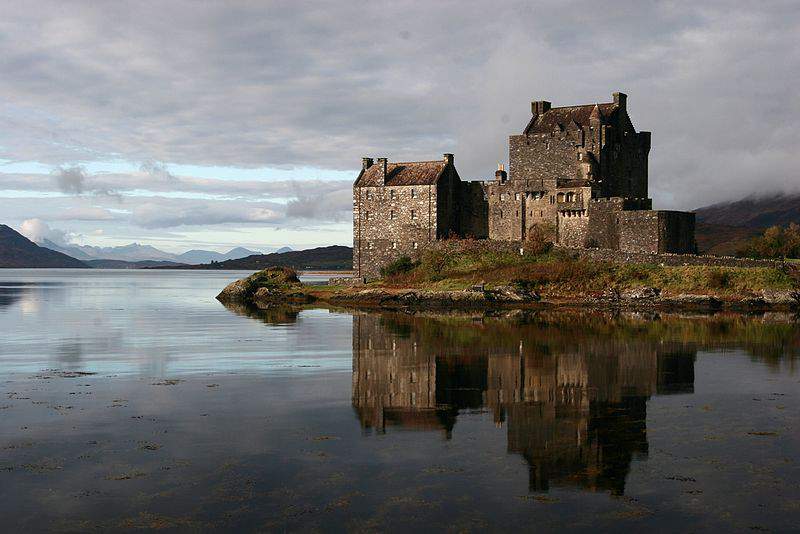 Dotted across the rugged Scottish landscape historic castles stand trapped in time. Their battlements and garrisons the remnants of an era long passed.

While Scotland boasts a number of vibrant urban centres that pack punch with impressive modern architecture and cultural highlights, I urge you to consider exploring the country’s rich history that can be found along the rugged coastline and atop the wild rolling hills of the Highlands.

Here are 5 Highland castles that inspire a heritage escape.

An iconic attraction in Scotland, Edinburgh Castle was voted as the top UK Heritage Attraction in the recent British Travel Awards. One of Scotland’s most popular landmarks the Castle has a complex and fascinating history.

Dominating the Edinburgh skyline, this historic fortress sits on Castle Rock and has been of Royal appointment since the 12th Century. A vital stronghold throughout Scotland’s many historical conflicts it was besieged (with varying degrees of success), on a number of occasions.

Housing the Honours (Crown Jewels) of Scotland, the Stone of Destiny, the famous 15th century gun Mons Meg, the One O’ Clock Gun, and the National War Museum of Scotland, there’s plenty to enthral all who visit.

Once a favourite among Stewart Kings and Queens who utilised the castle to host extravagant social events and celebrations, Stirling is one of Scotland’s most noted historical sites.

Bordered on three sides by steep cliffs giving it a strong defensive position against attack and the upper hand when defending the nearby downstream crossing of the River Forth (historically one of few ways to access the far north of Scotland), the phrase ‘hold Sterling and you hold Scotland’ is testament to the castle’s significance in the country’s fight for freedom.

Besieged at least 16 times, the castle changed hands between the English and the Scots on a number of occasions and Stirling was the last stronghold of William Wallace’s Scot army after his defeat at the Battle of Falkirk in 1298.

One of Scotland’s most photographed monuments, Eilean Donan Castle is synonymous with the wild and rugged Scottish Highlands.

Strategically located on a tiny island overlooking the Isle of Skye the neighbouring landscapes offers breathtaking views of forested mountains, and in the waters that surround its walls three great sea-lochs converge.

The first fortified structure was built on the island in the early 13th century (in a bid to protect the lands of Kintail against the Vikings who settled and controlled much of the North of Scotland and the Western Isles between 800 and 1266), however the castle itself has expanded and contracted over the course of the following centuries as battle tactics evolved.

Demolished during a bombardment of the castle in 1719, the structure lay in ruin for almost 200 years until Lt Colonel John Macrae-Gilstrap bought the island and began an intensive restoration program in 1911. The castle visible today is the result of his dedication to restore the castle according to surviving ground plans.

The epitome of a medieval stronghold, Caerlaverock Castle was first built to control the flow of trade in the region and boasts a moat, twin towered gatehouse and impressive battlements.

Described as ‘the most ambitious early classical domestic architecture in Scotland’, the castle’s unusual triangular design distinguishes it from those that remain standing elsewhere in the country.

Although ruined the structure offers visitors an insight into its turbulent history. Home to the Maxwell family until they abandoned the property in the 17th century, the castle underwent several partial demolitions and reconstructions throughout the 14th and 15th century as the Wars of Scottish Independence bore down on the country.

Thanks to its proximity to the English border, Caerlaverock has seen more than its fair share of brutal cross-border conflicts, and despite its ruin it remains one of Scotland’s most popular tourist attractions.

Owned and managed by the National Trust for Scotland, Culzean Castle sits atop a rugged cliff face overlooking surging seas of the Firth of Clyde.

A vision of turrets and battlements, Culzean started life as an old fortified towercastle. Converted during the late 18th century over a period of 20 years for David Kennedy (the 10th Earl of Cassillis), it is possibly the finest example of Georgian architecture in Scotland

If you’re looking for luxury hotels deals to coincide with your stay, consider splashing out to rent the impressive Eisenhower Apartment (presented to President Eisenhower in recognition of his role during World War II) situated on the top floor of the castle.