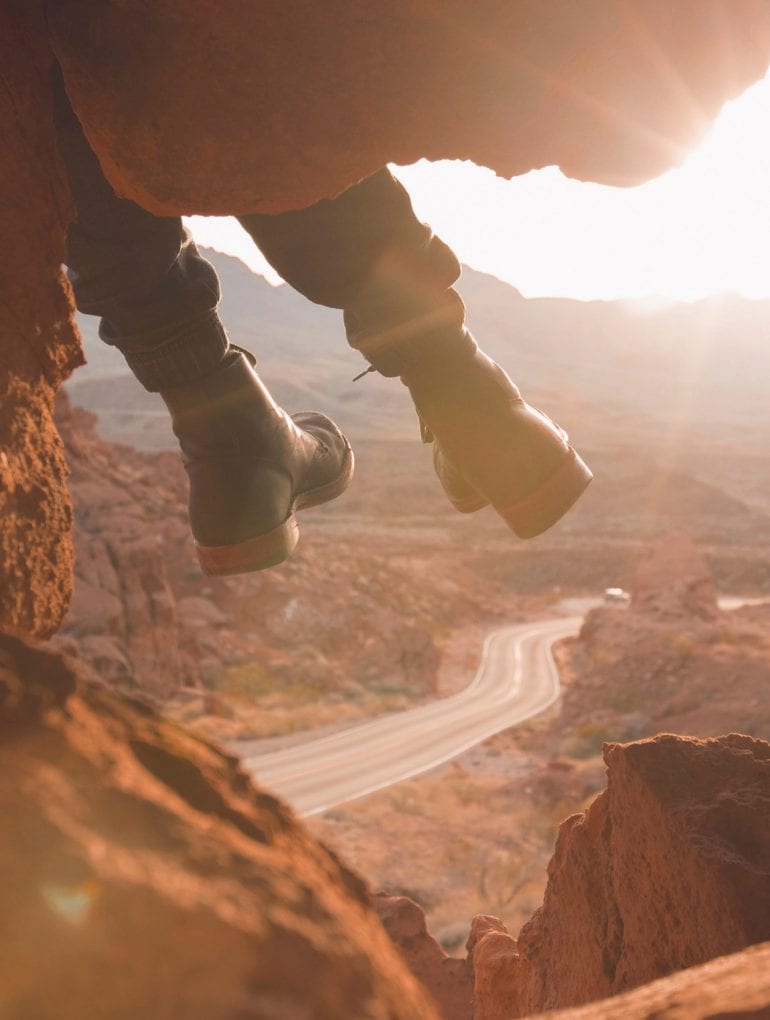 It’s been too long since I last touched down in the Land Down Under. However, the memories of my 18-month stay are still fresh in my mind.

The months that I spent traversing the highways and rural roads which connect this sparsely populated island inspired the desire to further explore its great wilderness.

I hope one day I’ll return and spend more time exploring, however in the meantime here’s a snapshot of some the best adventures in Australia.

Loose yourself in the blue horizon of eucalyptus tress that blanket the Blue Mountains World Heritage Area, and prepare yourself for an adventure.

Although there are 140km (87 miles) of hiking trails on which to explore the region’s natural beauty, you can get a high of an adrenaline-nature by abseiling off an alpine overhang. The views are epic.

As the sky darkens to a deep indigo and the last rays of the sun slip beyond the horizon, the #Uluru night sky is lit by thousands of stars. The land and its iconic rocks, so dominant during the day, disappear into the dark and the night sky takes centre stage. With low humidity and minimal unnatural light, the Red Centre is easily one of the best places in @Australia to view the stars and planets. Whether you simply take a walk to a viewing platform at Ayers Rock Resort, book into a stargazing session or a dinner in the dunes, the stars make their stunning appearance on schedule nightly 🌟 Cheers for tagging #NTaustralia, @bmillar.au! #SeeAustralia #RedCentreNT #ExploreUluru

A bucket list activity for many who visit Australia during their gap year, buying a campervan and taking off on the open road is the dream for most. Yes, you’ll need to do a lot of prep before you can live an instagrammable Aussie #vanlife, but believe me it’s worth it.

There’s nothing quite like camping out underneath the stars in the outback, plus you’ll have the opportunity to get off the well-trodden tourist trail and make unforgettable memories.

If you can’t find a travel buddy or don’t want to shell out to buy a camper consider an Australian group tour to make the most of your time in the country.

If you’re looking for an in-depth guide click here.

SWIM WITH WHALE SHARKS ON THE NIGALOO REEF – WESTERN AUSTRALIA

Swimming with whale sharks on the Ningaloo Reef!! The biggest fish in the ocean. #nigalooreef #whaleshark

Stretching for 260km along Western Australia’s Coral Coast, the Nigaloo Reef is one of the largest fringing reefs in the world with some corals sitting just 100m from the shore.

Home to over 200 species of hard coral, 50 soft coral, and over 500 species of fish, along with manta rays, turtles, humpback whales, there’s plenty to see yea round.

Visit in May or June and you’ll likely see one of the region’s most notable visitors, the mighty whale shark. The best snorkelling tours depart from Exmouth.

@rachelgrixti may have missed the pool noodle memo when she recently visited Bitter Springs but that didn’t stop her from swimming down stream through the crystal clear waters, mermaid-style! You’ll find the wild hot springs of Elsey National Park just off the Stuart Highway, an hour south of #Katherine near the small township of #Mataranka. Fringed by shady cabbage tree palms, the soothing turquoise waters peak at 32° celsius 💦 Just a word of warning… you may not want to get out! 😜 Cheers for tagging #NTaustralia, Rachel. #SeeAustralia #TourismTopEnd

The languid tropical waters of the Katherine River offer the opportunity to escape to isolation.

Drift past river banks lined with rocky escarpments and sandy beaches, camp on sandy riverbanks and spend your evenings sleeping under a blanket of stars. Three-day canoe adventures are offered by a number of operators.

If you’re a fan of the underwater world, scuba diving on the Osprey and Shark Reefs which sit some 150km (85 miles) from the shores of Queensland is a must.

With visibility upwards of 40 meters, inconceivably deep ocean drop off’s, coral caves, swim through’s, and bommies the aquatic landscape is like nothing you’ve ever seen.

Read all about my two week stint working as a Divemaster on Mike Ball’s Coral Sea Safari here.

There are so many adventurous activities on offer in Australia. If you’ve got the time, and you fancy making some memories, a 12 month working holiday Down Under would provide the ideal opportunity to fully immerse yourself in the country’s wealth of epic landscapes. #Justsayin.

Have you spent time Down Under? Share your best adventures in Australia in the comments.