A Spectator’s Guide To The Australian Open 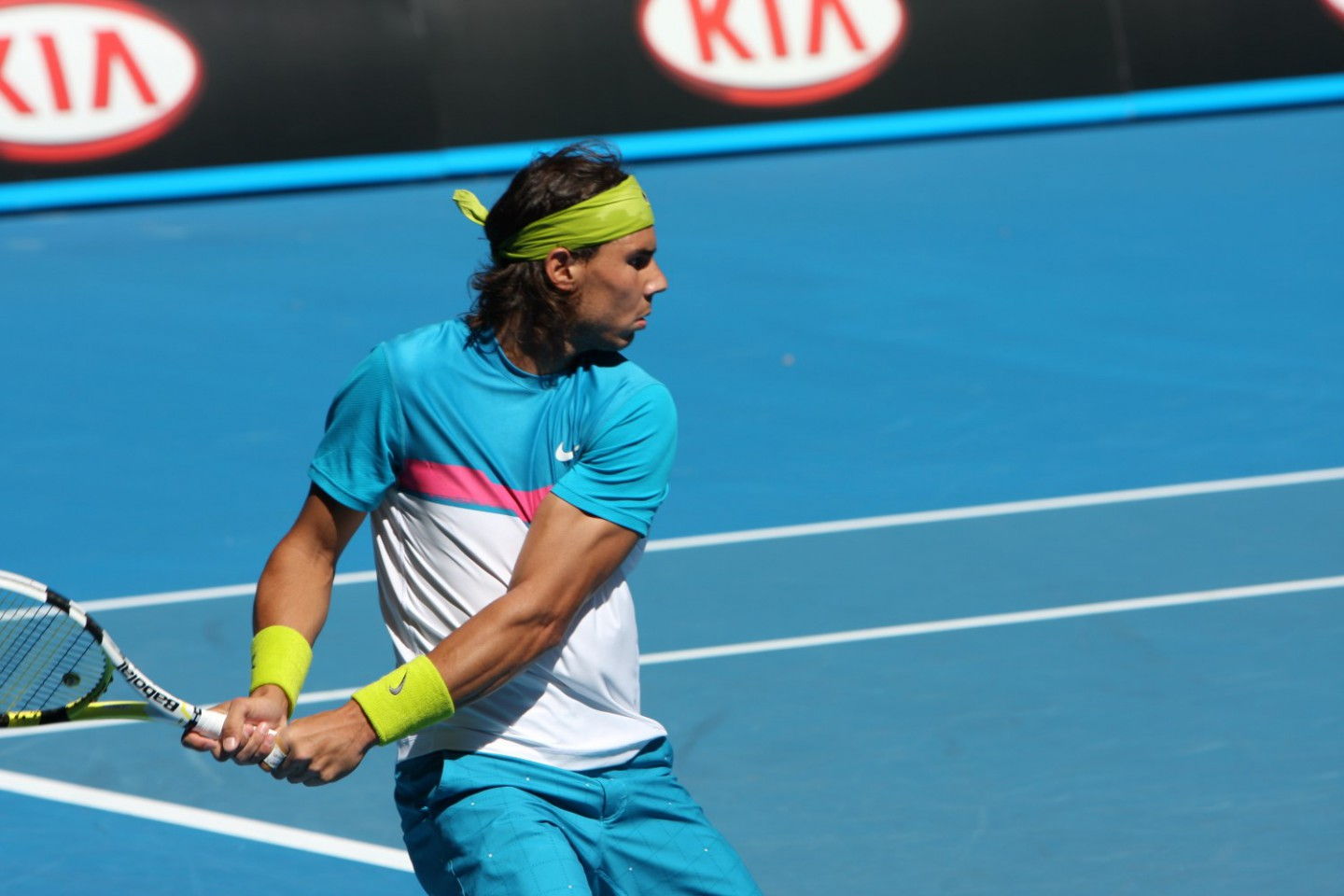 January is the highlight of Australia’s sporting calendar.

Dubbed ‘Australia’s Greatest Global Sporting Event’ the Australian Open brings the world’s Tennis elite Down Under, in the first of four Grand Slam tennis events for the year.

First held in 1905 the event, known then as the Australasian Championships, was seldom entered by foreign players at the start of the 20th century.

Today it is a multinational competition showcasing the best talent in tennis from across the globe.

Whether you’re a fan of tennis or not, the Aussie Open is a sporting spectacle that you simply cannot miss. Especially if you happen to be in Melbourne come the second week of January.

With hoards of tennis fans expected to descend on Melbourne Park, and temperatures expected to reach 45 degrees this year, it’s advisable to plan your visit ahead of time.

Having just bagged tickets to see Rafael Nadal and Maria Sharapova play in the Rod laver Arena, I’ve done a little research to find out the best tips and tricks for making our visit to the Australian Open run without a hitch. 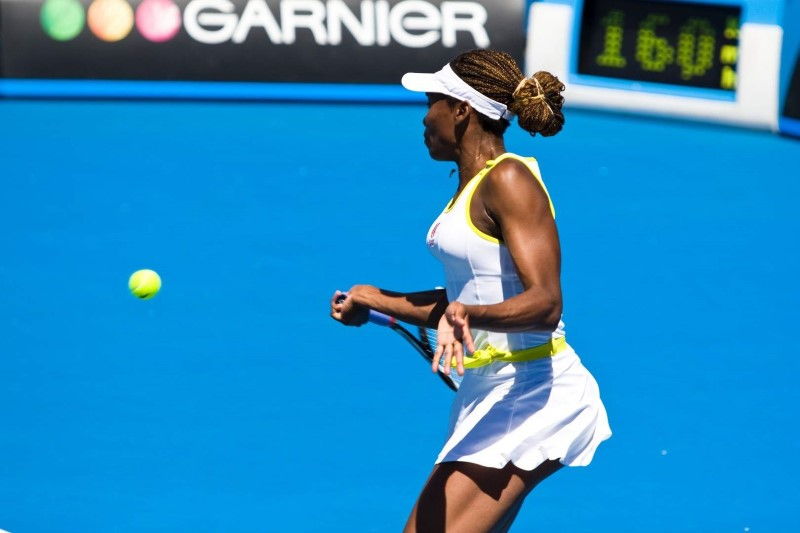 BUDGET | $30 will buy you an all-day Ground Pass which it has to be said, offers fantastic value in terms of the amount of tennis that you’ll be able to watch.

While it won’t grant you access to the three main arenas, you’ll likely catch sight of some of the high ranking stars in fierce competition as they fight to secure their place in the later rounds.

If you’re a seriously keen tennis bean, then take advantage of the 5 day Ground Pass.

SPLASH OUT | The three main show courts, Hisense Arena, Rod Laver Arena and Margaret Court Arena showcase the best of the Open, and as such ticket prices are much higher than that of day entry.

If lady luck is on your side it is possible to get a seat for one of the first round sessions early on in the tournament.

Check the schedule in the days leading up to the start of the tournament and keep your fingers poised and ready to book when you spot your favourite player in the mix.

As the play heats up so does the price. Be prepared to pay big bucks for tickets to the semis and finals.

Don’t forget that Australian Open Members get some great perks. One of which is priority booking, another…free ground passes.

It’s too late for this year but worth considering if you’re planning to be here for the 2015 tournament.

Take note that most spectators consider the best view to be from behind the baseline. It’s no coincidence that this is the spot TV crews choose to film the action.

If booking ahead consider the time of the match and whether or not you’ll be in the shade. Rod Laver Arena in particular is reminiscent of an oven in the heat of the day, so take the time to avoid baking in the sun as well.

Don’t forget about the evening sessions which are preferable for those who want to avoid the crushing heat of the Australian sun, but don’t forget to take an extra layer or two. 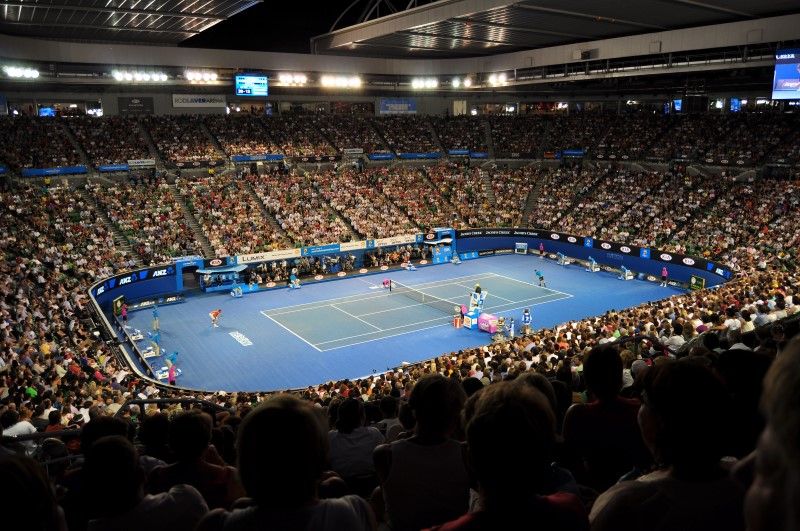 It’s true what they say, Melbourne is famous for showcasing the best of all four seasons in one single day so be prepared.

Slip, Slap and Slop as they say here in the city.

Temperatures can peak in the 40s during the day and then get down to a chilling 12 degrees on an evening, so if you’re in for the long haul bring additional layers.

You’ll be so grateful when the heavens open and you’ve your cagoule, or the sun’s rays are beating down from above and you can slip on a shirt and hat.

If you’ve an internet enabled smart phone get the Australian Open App and keep up to date with the latest news from the tournament throughout the day.

TIP | If you’re visiting Australia purchase a sim starter pack – search for offers from Telstra, they usually have $30 sims on offer for $10 at various retailers. 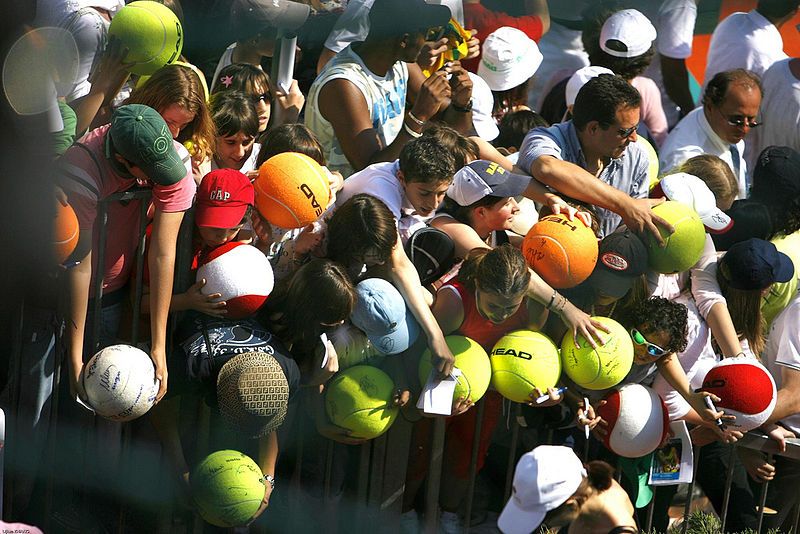 If you opt for the $30 day pass try to find an outer court match with a lively patriotic crowd. While it’s always great to see a competitive sport played at the highest level, a bubbly and boisterous atmosphere can serve as an enjoyable addition to proceedings.

Mimic your tennis heroes and keep yourself in tip top condition for the duration of the tournament.

Take regular breaks if you’re sitting in the sun and retreat to the air-conditioned heaven of the concourse if watching a match in one of the arenas, or to the shade if out in the grounds.

Stay hydrated. You can fill your water bottle at any of the food outlets around the grounds or at the water fountains inside the arenas.

There’s a lot to be said for the facilities on offer at Melbourne Park so make the most of them during your stay.

If you can’t get a ticket for a match at one of the three main arenas then kick back in front of the big screen at Garden Square, the central hub of Melbourne Park. Bring a picnic rug and watch your favourite players battle it out.

If you love sporting souvenirs then head to the gift shop early. The most popular items sell out fast and although they sell at a premium, think $60+ for a towel. 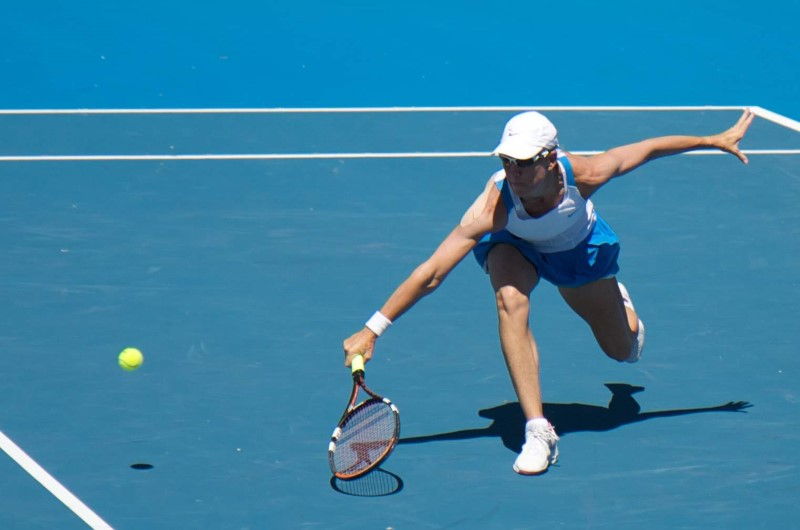 If you plan to attend the evening sessions then making your base in the city is vital unless you plan to rent a car, but then you’ll have to pay for parking etc, just stay in the city.

Melbourne’s public transport is among the best in the world. It’s trams and clean and efficient and run until the wee hours of the morning so you’ll have no trouble getting back to your accommodation after a day our at the Open.

Plus, all trams running between the CBD and Melbourne Park are free to those holding a valid ticket to the Tennis that day.

We’re currently house sitting in Melbourne. Why not search for a house sitting assignment and stay for free in the city during the Open?

While there are a wealth of food options for the health and budget conscious alike, it’s always more cost effective to bring your own.

We suggest packing foods with a low GI to sustain you through the heat, and avoiding sugary treats which will only serve to drain your reserves of energy after they’ve taken a beating from the afternoon sun.

Grapes are a favourite. A little burst of sweet liquid feels like heaven when it’s hot.

From what I’ve read the tournament has no problem with spectators bringing their own however note that the park is glass free. 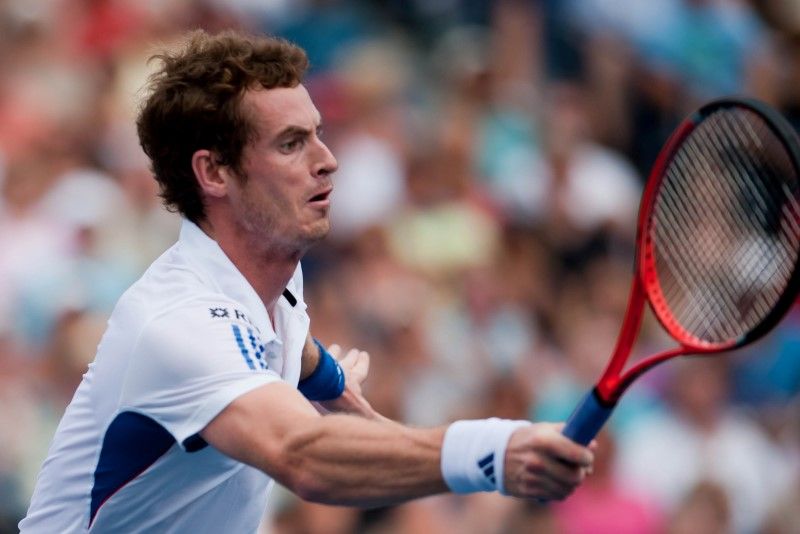 I know I’ve mentioned the sun once already but take head of my advice and be sun smart. Heat related illness affects not only the spectators, players have been known to retire thanks to the effects of a day in the blistering heat.

Remember to Slip, Slap, Slop and sip lots of water!

Do you have any top tips for those attending the Australian Open? Share your comments with us below.