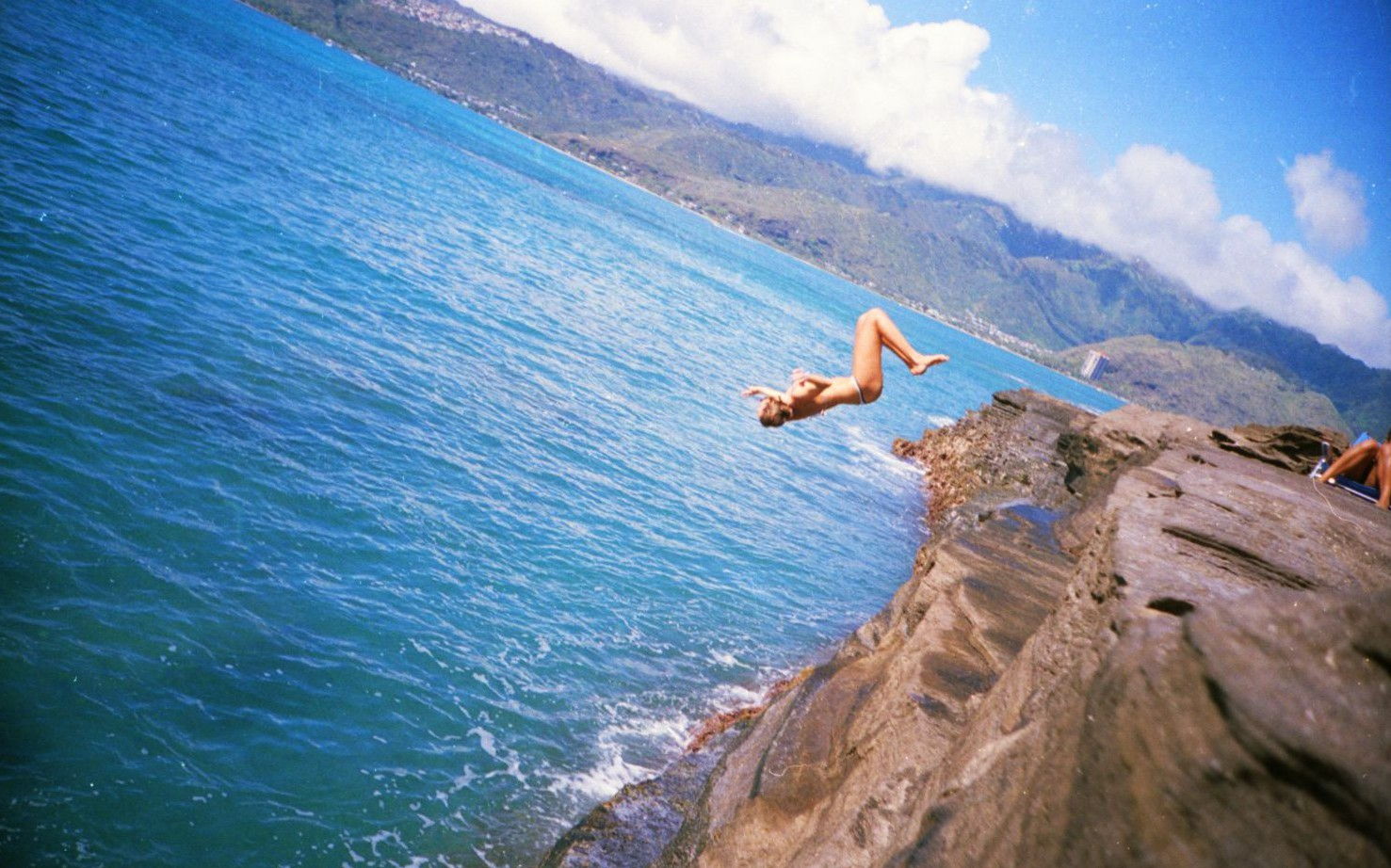 Each week we’ll be inviting other intrepid travellers to share with us one of their most memorable travel moments.

To kick start our fantastic new series we’re jumping head first off a waterfall in Bosnia with Emma, who’s love of travel has taken her through more than twenty European countries, to teach in Barcelona and to work on a Canadian dairy farm.

Sit tight and enjoy the ride…

TRAVEL MADE ME FACE MY FEARS

Nothing wakes you up in the morning quite like standing in a line with 10 other travellers and having a Bosnian man shout ‘BACKPACKERRRS!!’ right in your face.

Not only that, but the thought of having to jump off a cliff in four hours’ time was also making my heart beat a little quicker than usual. We all looked at each other, complete strangers, but all thinking the same thing…

‘Who on earth is this guy and what have I got myself into?!’

I was in a city called Mostar in Bosnia and Herzegovina, and the hostel I was staying in arranges a famous wild and wonderful tour around the city and outskirts. We were told to meet in the hostel lobby at around 8am, at which point a guy named Batta came to introduce himself, took us outside, lined us up, and began his speech.

He gave nothing away as to what we were going to be doing that day, although we knew that part of the tour would include cliffs and waterfalls. Anything more than that we were clueless about – it was like a mysterious backpacker’s boot camp. 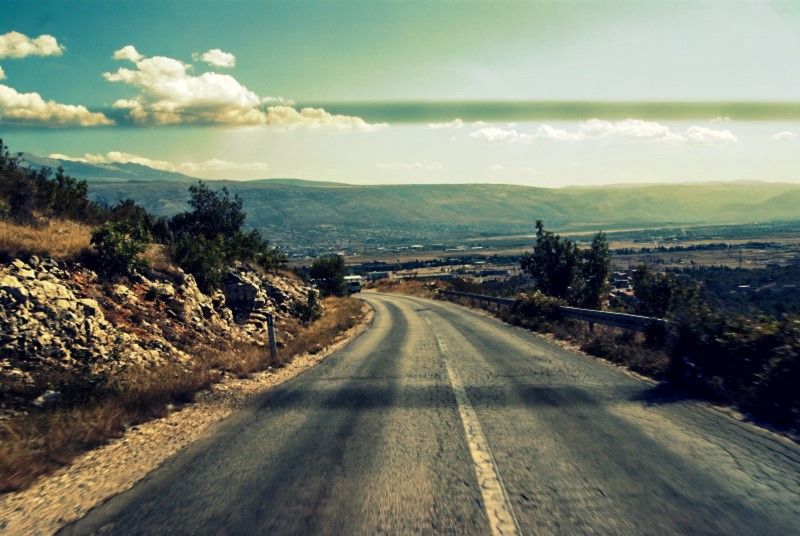 We piled into the van with trepidation; there were only 6 real seats, so the rest of us climbed into the back and sat on the cushioned stools Batta had put there. He started the engine, cranked up some local club tunes (Google ‘Turbofolk’) and drove off like a maniac.

At this point we realised that the stools we were sat on weren’t in fact fixed to the floor of the van, and we were thrown around the back like five rag dolls, all with smiles on our faces laughing at the hilarity of the bizarre situation.

Batta drove us through the city, telling us about the rich history of Mostar and all the while shouting over the music booming out the speakers. As we got further towards the suburbs we went up into the hills, and Batta continued to tell us all about his home town and passion for it.

As the view of Mostar was growing smaller and smaller, our collective excitement grew as we knew each turn of the van’s wheels was bringing us closer to the waterfalls, which were the reason we had signed up for the tour in the first place.

The Kravice Waterfalls are some of the most stunning in Europe, and being situated in southern Bosnia and Herzegovina, they are easy to reach either from Bosnia itself or Croatia, too. They’re a popular spot for both locals and tourists looking for a day trip, but can get busy in the summer months.

I was there in September, and while there were people around it didn’t seem crowded at all. The falls are shaped in semi-circle, with water flowing from different parts and tumbling into various nooks and crannies.

These aren’t like more famous waterfalls such as Niagara or Victoria – these are much gentler, allowing you to get up into the water to climb around and behind them.

Needless to say, we did just that.

That day we sat around chatting in natural pools, swam through the completely clear lake, and cautiously climbed as high as we could go to jump right through the middle of the waterfalls, bursting out of them like little kids gone wild.

I was never all that adventurous as a child, and sometimes I can still feel that little pull inside me of not wanting to try anything risky for fear of getting hurt, but I can safely say that the Kravice Waterfalls inspired me throw all of that out the window, and I climbed all over the rocks for hours without a care in the world.

Little did I know of what was to come, and just how much I was really capable of.

TAKING A LEAP OF FAITH 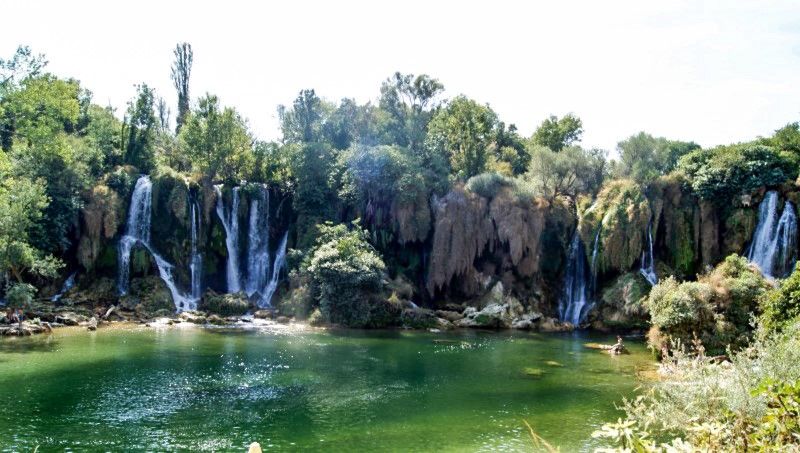 After frolicking in the main area of the falls, Batta decided to take us off the beaten path and into the forests beyond. After a little bit of a walk, the area opened out to reveal more of the river and even more waterfalls.

It was here where we stopped, left all of our belongings and trekked off down into the waters, rounding a corner to find a 13 metre cliff rise above us.

‘Okay guys, who wants to jump off it?’ shouted Batta, to which all the boys in the groups responded in the affirmative and the only other girl said she would get to the top and decide then.

I was less than enthused, but pretended to at least consider it. I’ve always had a crippling fear of heights and get vertigo on escalators (no, really… I do!) so jumping off that was out of the question completely.

However, when I got to the top the other girl in the group had volunteered to go first and successfully jumped, I knew that I just had to do it. At that moment, as if my brain went on auto-pilot, something possessed me to say, ‘Me next!’

My stomach was doing flips, my hands were shaking madly, and I’m pretty sure I threw up in my mouth a little bit at some point, but the next thing I knew I was taking a running leap of that cliff, and screaming the entire way down. 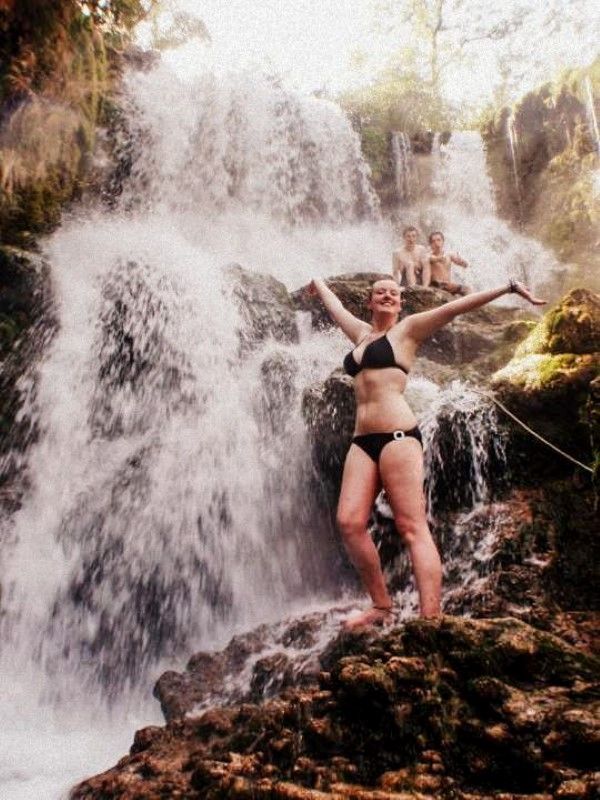 It was the single most liberating, self-affirming and satisfying experience of my entire life, and in all my days of travelling alone that moment really taught me that I have the power to conquer the world.

I know I only jumped off a cliff into some water, but it was the point at which I knew that travel had changed me for the better.

When you go to these kinds of places and see such natural beauty, it inspires you to do crazy things you would never have thought possible, and standing at the top looking down into the waters I felt like there was no better place than Bosnia and Herzegovina in which to have my first experience jumping off a cliff.

Even if you’re not quite as brave, these waterfalls are some of the most beautiful I’ve ever seen, and you never know, you might even find that they inspire you to be daring too.

Have you felt that same feeling of trepidation while travelling? Share your comments below.