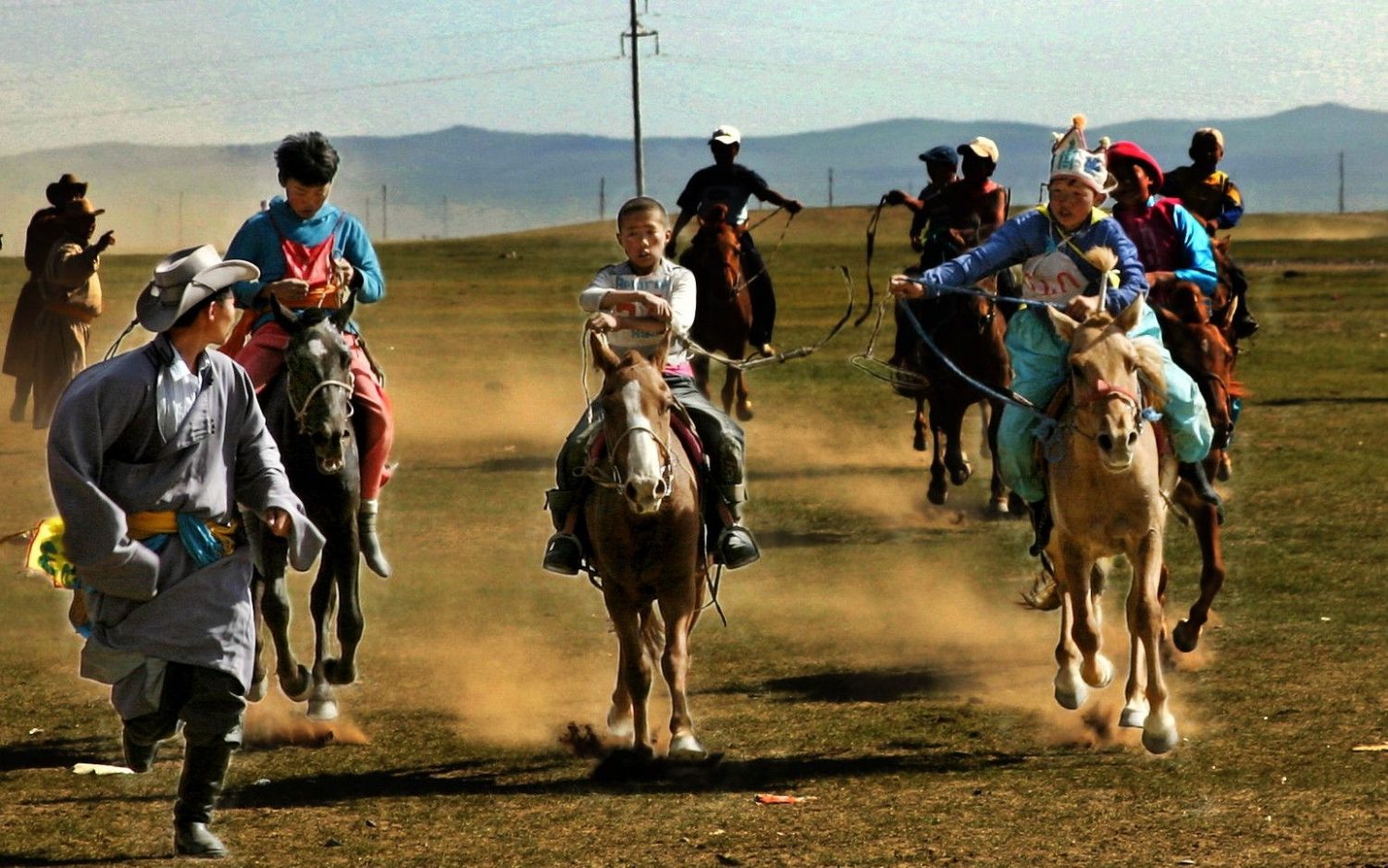 This week we’re highlighting the charitable adventures of a fellow travel blogger who is setting off on a rather unusual road trip.

Crossing 19 countries overland he is setting off on his unrouted drive from London, UK to Ulan Bator, Mongolia in a little over nine days.

Prepare for a hit of pure wanderlust, this one is going to get you high… 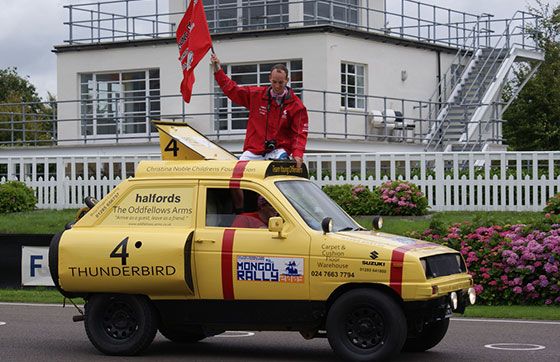 If someone presented you with an offer for an epic adventure, but it meant you had to rearrange two months of travel plans, jump into a less than perfect car, and race 10,000 miles across two continents, would you do it?

Now, with less than two weeks before the Mongol Rally begins, I’ve been reflecting on that split second decision, which rocked my travel plans, and took my trip in a whole new direction because when I was asked that question I said yes.

One morning I saw a tweet from Norbert, who runs the travel blog Globo Treks. The tweet simply said:

“My next crazy adventure – The Mongol Rally”

The Mongol Rally has been on my bucket list, which I shared with Norbert, not knowing that his team was looking for a fourth member. Later that day at work (being the model employee I am) I checked twitter. Norbert had replied with a simple message, “Join our team”.

I felt a rush of excitement at the thought of joining their team, but now I had to make a decision. Switching would mean I would lose deposits on stuff I had booked for July and August.

I debated with myself all day, money or experience. In the end, I remembered that experience is more valuable than money and that I couldn’t call myself an adventure travel blogger and pass up this chance. I had my answer.

THE DRAMA OF LLAMA 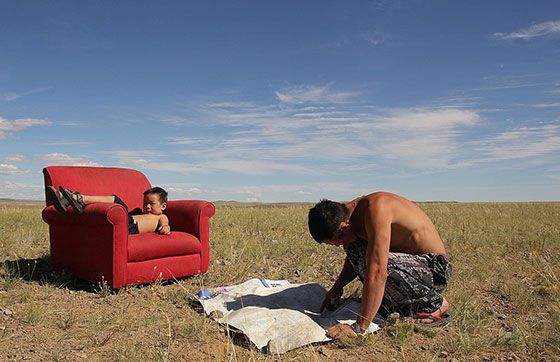 I went home, emailed Norbert, and announced to my friends and family that I was part of The Drama of Llama Mongol Rally team.

Great, I thought, but what now? So many things had to be done, and I had precious little time to do them before I flew out.

Visas were the biggest issue. I needed two visas – one for Russia and one for Kazakhstan, and I needed them fast. I rushed to fill out the paperwork and send off my passport. I started biting my nails hoping that my passport would arrive safely back into my hands before I left for Egypt.

Days passed without a word, and then just five days before I flew out my passport arrived, both visas were approved. Success! I wiped the nervous sweat from my brow and thought that it would be all smooth sailing from here on out, but it wasn’t.

A couple weeks later, one of our team mates received a job offer in America that he couldn’t refuse, and he had to drop out. Unfortunately, this teammate owned the car that we were going to use; we were careless (gulp).

Then a couple weeks later, another teammate confessed that they had money issues and would have to drop out of the race. Just like that, our team of four was down to Norbert and me.

This affected everything, with only two people the rally would become a lot more expensive, plus we would have to buy a car, and get coverage for it. My nervous sweat was back.

Would our Mongol Rally team survive this, I wondered. 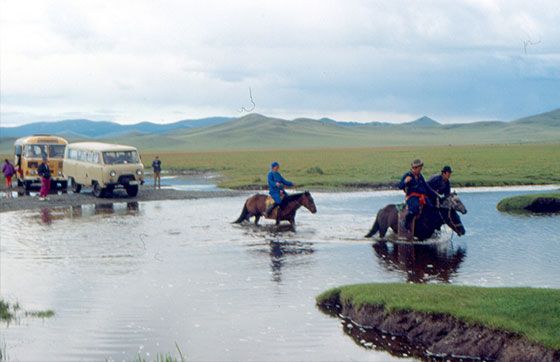 Luckily things started to look up.

On the road, Norbert met Alex Humphries in Senegal, and after hearing our problems, he was eager to jump in and participate in the race. We were back to a team of three.

Then, the team mate who dropped out offered to sell us his car for a great price. This saved us money and stress on finding a car when all three of us were in different parts of the world.

Then I got an email from a friend, Leif, from the Runaway Guide, who asked to join the team. Now we had a full team and a car.

Since then we have only had a few minor road bumps. Sadly, Leif had to drop out, but otherwise rally preparations have been going smooth.

In just a couple weeks, we will be driving across the European country side.

Now you might be asking yourself with all the stress, problems, and drama why would we not just throw in the towel and call it quits on the Rally. The simple answers are that it’s for a cause. 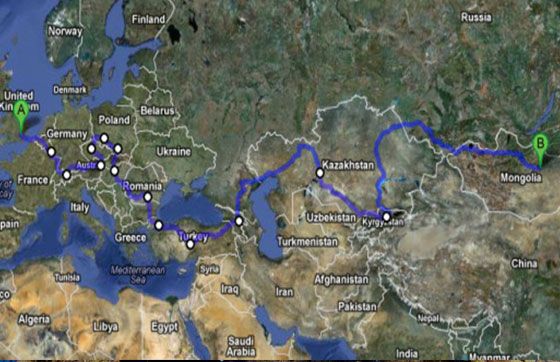 Image | The Drama of Llama Route

Our rally team is raising money for two fantastic charities. The first charity is Cool Earth, the official Mongol Rally charity which is focused on saving the Amazon.

Our other charity is Set Her Free, which is a non-profit organization that is working to restore the lives of young girls formerly enslaved by the sex trades—the harshest form of child labour in Uganda.

The Rally is also more than a race, and more than just a fun time. It is a personal test, and an outlet to grow into a better and stronger person.

The Mongol Rally is tough. We will have to push ourselves as we drive through various countries, deserts, and landscapes that are desolate. If you get into trouble, no one is coming to help you.

For example, if your car breaks down in the middle of the desert, you have to figure out how to get it out of there.  Once we leave Europe, we will be living in the car or camping right outside it. This Rally is no joy ride, and there will be times in the rally where it will be hard to go on.

I’ve heard of a lot of teams that didn’t finish. All the drama our team faced was a legitimate test, and it gives me faith that when the going gets tough “The Drama of Llama” will keep on going. Personally, I couldn’t be more excited to be a part of this team, and I can’t wait to conquer this epic adventure.

If you are inspired by Stephen’s impending wanderlust adventure and would like to help him raise money for his chosen charities then head over to The Drama of Llama website for more information on how to support his team.

Would you consider driving across almost one third of the planet in aid of a good cause? Share your comments with me below.