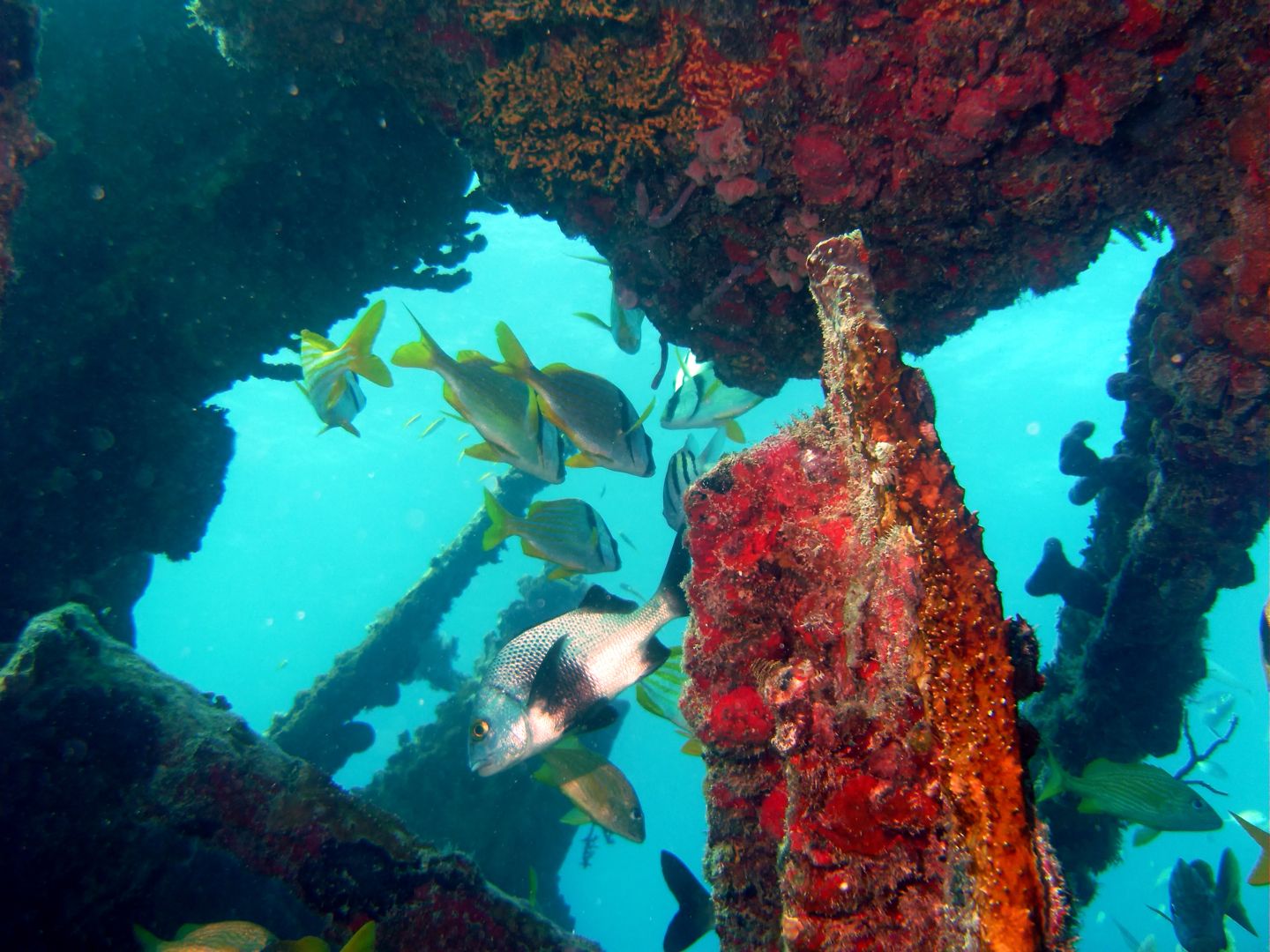 As America’s epicentre of “wreckreational” scuba diving, Miami is home to over 75 wrecks and boasts beautiful diving conditions all year long.

With its close proximity to the Bahamas and the Gulf Stream, its combination of sunny skies, nutrient-rich waters, and Miami Beach’s aggressive artificial reef program have turned each one of the region’s sunken structures into a veritable playground for marine life large and small.

But how do you choose which wrecks to dive? Here’s a five-minute guide to some of the best wreckreational dives near Miami Beach, FL.

This fascinating addition to your dive itinerary involves one of two M60 Vietnam era combat Army tanks sunk in 48 feet of water just off Miami Beach. At the time of the tank’s sinking, the Department of Environmental Resource Management installed 1,060 tons of lime rock boulders that, together with the tanks, have formed an artificial reef.

Although they have only been in the water since 1994, the tanks are now blanketed in an array of corals, spiny oysters, and sponges. Colorful reef fish, lobster, and eels all call these 40-ton objects home, while solitary barracuda hover like alien spacecraft above the camouflaged vehicles.

This 175 foot passenger freighter was seized during the Cuban exodus and sent to its watery grave in 1983.

Home to a wealth of pelagic species such as jacks, snapper, barracuda, and cobia, the diversity of life on this wreck is spectacular. If macro photography is your passion, there’s no better wreck dive than the Bluefire, as literally thousands of tiny critters call the structure home.

This offers an ideal dive opportunity for those who are Nitrox certified. A bottom time of 29 minutes is possible, though currents can be strong so keep an eye on your air consumption.

One of the most recent additions to Miami’s plethora of wrecks, the DEMA Trader (formerly known as the GGD Trader and seized by US customs officials for its part in a drug smuggling operation) was sunk in 2003 after the famed DEMA dive trade show.

An impressive 165-foot-long freighter, the vessel sits about three and a half miles from the Miami coastline and allows divers to safely penetrate the former galley and cabin areas.

Known as the “St. Anne,” the Steane D’Aurey is a 110-foot North Atlantic Trawler that has laid on the bottom of the seabed for almost 30 years. While parts of the wreck were ripped from the structure and scattered across the sand by 1992’s Hurricane Andrew, much of the vessel remains intact.

As a living reef, the trawler attracts an abundance of life thanks to the nutrient-rich Gulfstream that surrounds the site. Vibrant soft corals adorn the hull and the vessel’s dark passageways are navigable, making it the ideal dive for those with a penchant for adventure.

So what are you waiting for? Book yourself a wreckreational dive escape!