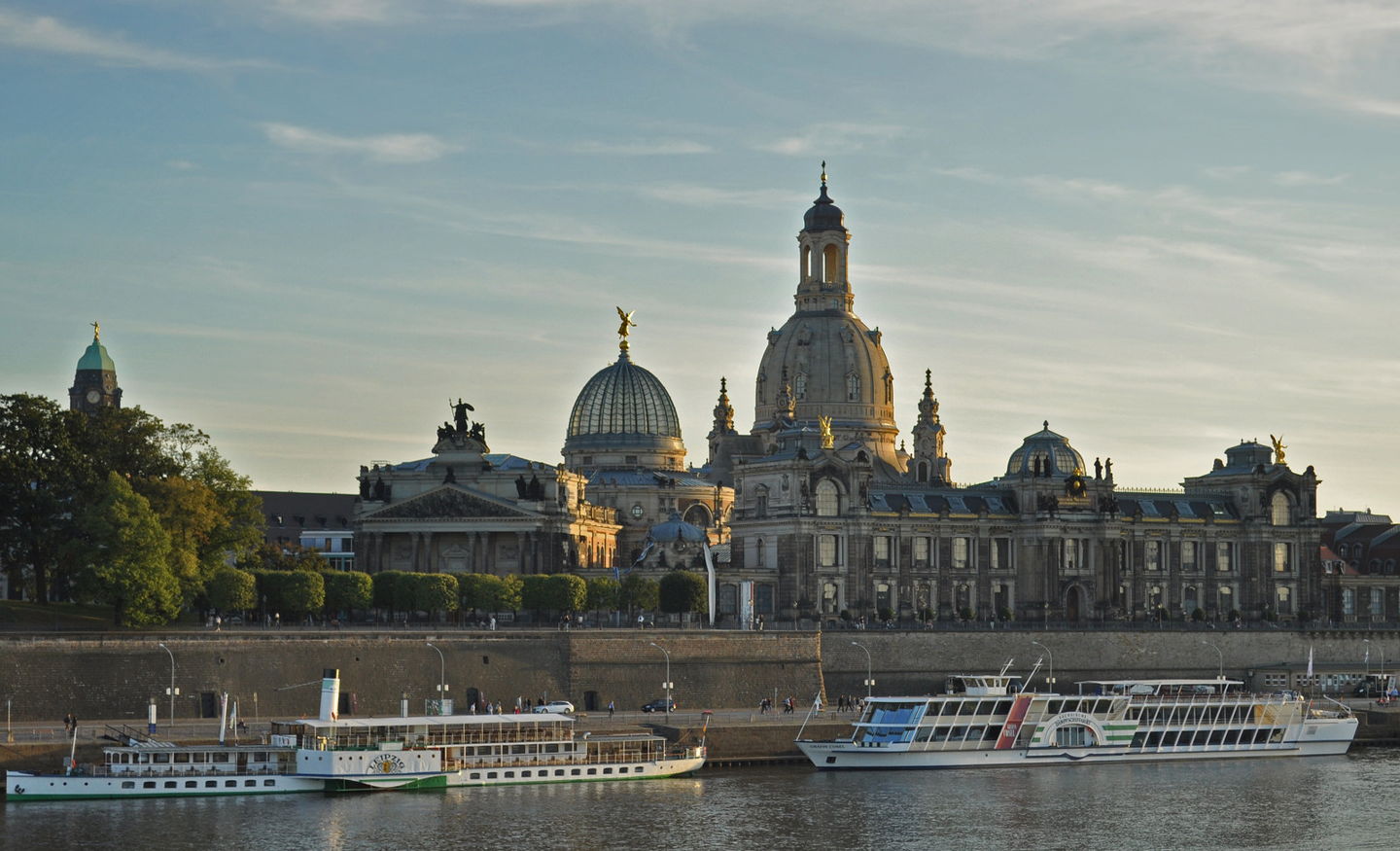 This year, Germany celebrates 25 years of reunification and to celebrate we’d like to highlight one of the country’s iconic symbols of unity, the Frauenkirche also known as the Church of Our Lady in Dresden.

Bursting with history, architecture, and a vibrant blend of modern and medieval culture, Dresden has evolved into one of Germany’s most beautiful cities. Set aside the banks of the rive Elbe, magnificent promenades meander alongside the water’s edge carrying visitors through the city’s rich heritage and out into the surrounding valley landscape.

Once one of Europe’s most important cultural centres, Dresden’s grandiose buildings remain a focus for art treasures, impressive museum exhibits, and world class choral performances. However the Church of Our Lady stands proud in the heart of the city, the most talked-about German building in recent history its past is as fascinating as its magnificent form. 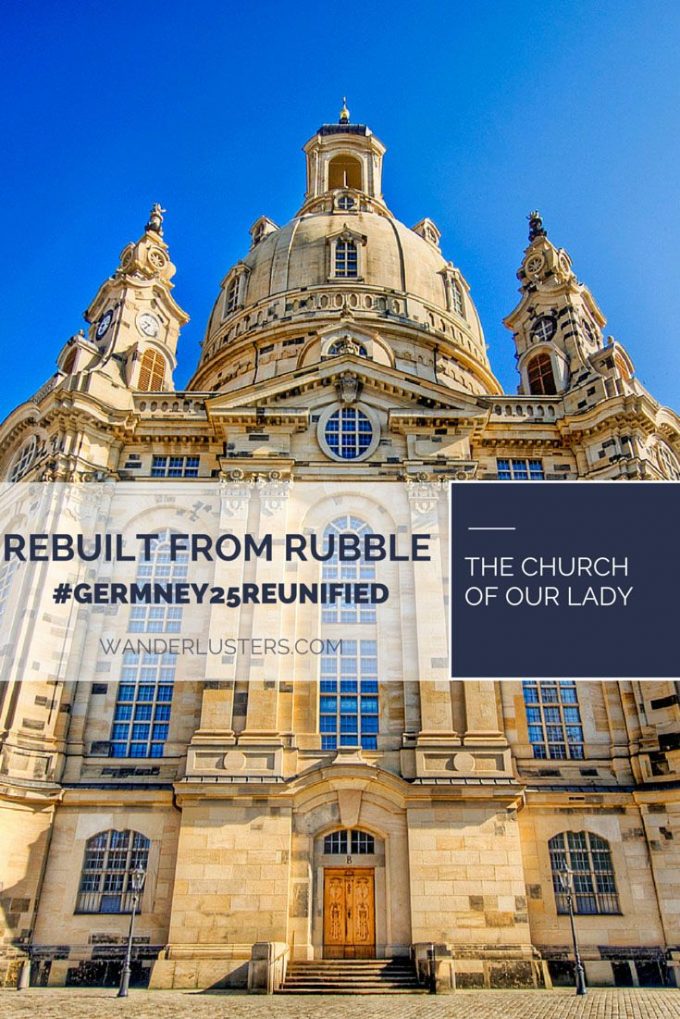 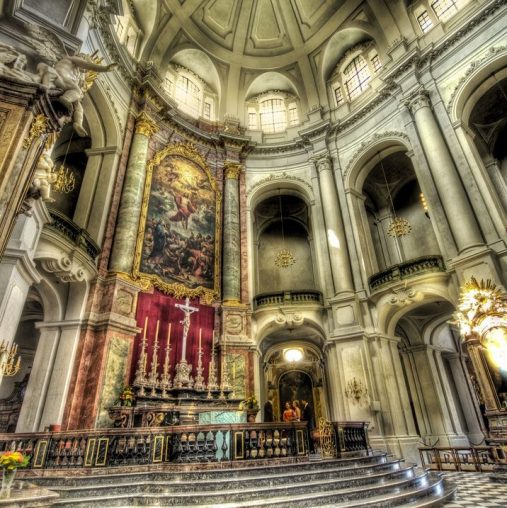 The procession to the alter 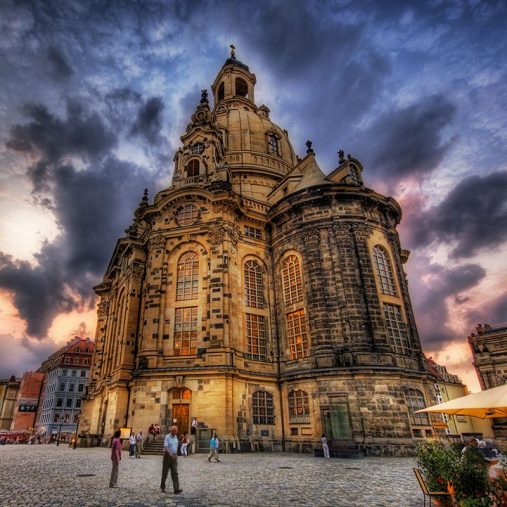 a href=”http://www.flickr.com/photos/stuckincustoms/2984988919/in/photostream/”>The bombing of Dresden

In World War II much of Dresden was destroyed, like many of the city’s buildings the Frauenkirche was a victim of the air-raids that flew overhead bringing the city to its knees. Reduced to a 42 ft high pile of rubble, the ruins were left untouched for 40 years.

There it remained, a powerful reminder of the destructive force of war, until restorations began in 1994. Financed almost entirely by private donations, and built using the original architectural plans the project took 11 years to complete.

Original charred stones were salvaged from the remains of the building and combined with new to form an architectural mosaic or past and present.

Much of the Frauenkirche’s interior was reconstructed with the assistance of old wedding photographs. Colourful murals and artistically carved oak doors once again adorn the walls.

VISITING THE CHURCH OF OUR LADY DRESDEN, GERMANY

If you’d like to see the Church of Our Lady during your visit to Dresden the closest tram and bus stops are:

While you won’t be able to take photos in the interior of the building, it is recommended that you visit the viewing platform – open year round – to soak in the view of Dresden’s cityscape from above.

If you time your visit just right – Monday through Friday at 12pm – you’ll be able to sit and listen to an organ recital.

Daily services are held at 6pm, with an additional service at 11am on Sundays.

Share your favourite Dresden highlights on social media with #germany25reunified