Why #JustOneRhino Can Make A Difference 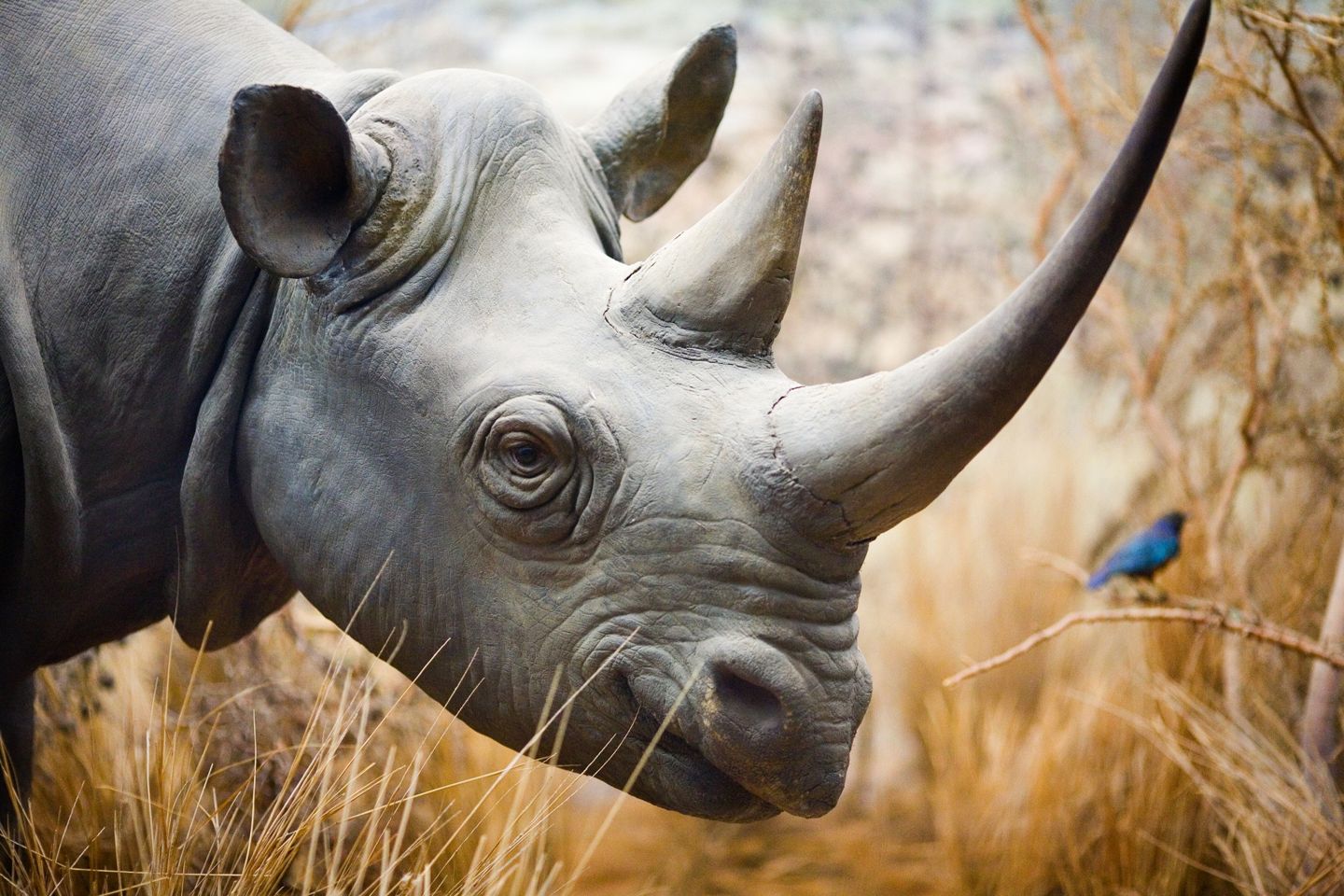 Over 1000 rhinos were killed in South Africa during 2014. Yet just 344 arrests were made in connection with rhino poaching. At the current rate of decline, the rhino will be extinct in the wild within the next 20 years.

The rape of Africa’s wildlife is ferocious; every day an average of 120 elephants, five lions, and four rhinos are killed without consideration. No thought is reserved for the preservation of the delicate balance of life that exists aside one of the world’s most spectacular landscapes.

Among the many species fighting for survival the Black Rhino, classified as critically endangered, stands on the verge of extinction.

Just 5,000 remain on the African continent and this number is decreasing with every hour that passes. 50 years ago the species thrived with over 500,000 living wild, today the final chapter of their existence could be played out within our lifetime.

In a bid to highlight the plight of Africa’s Black Rhino, over 120 of the world’s top travel bloggers and 20 eco-conscious brands have banded together in support of the #JustOneRhino campaign.

An initiative spearheaded by Travelers Building Change and Green Travel Media, the #JustOneRhino campaign aims to raise $45,000 to translocate #JustOneRhino from the poacher ridden plains of South Africa to a remote location within Botswana.

For further information on the #JustOneRhino campaign and how you can win one of 20 incredible travel prizes, skip to the end of this article. Keep reading for an insight into the severity of the situation for the Black Rhino population.

With your support we can translocate #justonerhino

The illegal trade of rhino horn fuels a large proportion of rhino kills each year.

Used in traditional Chinese medicine, rhino horn is shaved or ground and dissolved into boiling water to treat a number of ailments. However in modern society the rhino horn has become a status symbol of success and wealth, displayed by the wealthy as a testament to their vast fortune.

Regardless of the end use, for those living well below the subsistence level in Southern Africa the opportunity to change their financial situation by killing an animal that they don’t value is overwhelming and outweighs any argument for preservation.

Due to the fact that the potency of the horn’s medicinal properties is said to be at its highest where the horn meets the flesh of the animal’s face, poachers do not opt for a catch and release method. Instead they rip the horn and much of the animal’s head from its body, fatally wounding the creature and increasing the likelihood of extinction within a few short decades.

Trophy hunting accounts for the remaining illegal deaths. A major sector of the tourism market in Africa, more than $200 million is accrued annually in South Africa, Namibia, Tanzania and other sub-Saharan countries.

Translocate rhinos into Botswana will assist with their conservation

At present South Africa holds 80% of Africa’s rhino population, yet it has some of the most liberal poaching laws on the continent.

Coupled with the fact that in many African countries conservation attempts are disrupted by corrupt policy makers out to line their own pockets with a share of the vast revenue the ecotourism sector produces, there are few parts of the continent where conservationists feel the endangered Black Rhino could begin to recover unimpeded.

With strict anti-poaching regulations and a far smaller rhino population, Botswana has the lowest poaching rate across all of Africa. Anti-poaching is regulated by the Botswana Defense Force, who have been granted a “shoot-to-kill” policy, treating any disobliging poacher as an “aggressive military threat.”

Who is managing the translocation of 100 rhinos?

Through their Great Plains Foundation and in partnership with andBeyond, Dereck and Beverly Joubert have committed to alter the fate of Africa’s Black Rhino population.

Spearheading an operation called Rhinos Without Borders the Jouberts are raising funds for the translocation of 100 Black Rhinos from the poacher ridden plains of South Africa, to the safety of Botswana.

Based in Botswana’s Okavango Delta, National Geographic Explorers-in-Residence Dereck and Beverly are renowned for their conservation efforts, most notably their work on National Geographic’s Big Cats Initiative which has supported 60 projects in 23 countries.

Turning their attention to rhino conservation, they hope to secure a positive future for the species.

How do you translocate so many large animals?

A lengthy process the Jouberts and their team, along with assistance from relocation experts at andBeyond, must safely transport each animal from South Africa to their new home in Botswana.

A dedicated team selects each rhino and conducts a series of tests to ensure they are physically equipped to make the mammoth journey. Blood samples are taken and the strength of each animal assessed before it is quarantined for a period of 6 weeks.

From South Africa they are airlifted to Botswana and once on the ground the team assesses their health once more before releasing them into the wild. Synthesized rhino dung is put in place to help the animal establish a territory, and because rhinos do not run in large herds or form strong bonds, there’s very little disruption to their mental health and wellbeing.

The cost of translocating just one rhino is around $45,000, and it is this sum that the #JustOneRhino campaign hopes to raise.

What is the #justonerhino campaign and how will it help?

The goal of the #JustOneRhino campaign is to raise $45,000 to fund the translocation of one rhino through the Rhinos Without Borders initiative.

Rhinos Without Borders are seeking a total of $4.5million to secure the translocation of 100 rhinos to Botswana, and we’d like you to help us support the Jouberts and their team in the fight to protect the critically endangered Black Rhino.

The largest grassroots blogger initiative in history, the Travelers Building Change are a group of over 100 bloggers leveraging their websites and social media channels in a bid to raise awareness of the Black Rhino’s plight, and funds for their translocation.

Partnering with 20 eco-conscious brands, Travelers Building Change are offering those who donate to the #JustOneRhino campaign the chance to win one of a range of exciting travel prizes including tours and hotels stays in 11 different countries on 5 different continents (North America, South America, Europe, Africa and Asia) valued at over $30,000.

How can I support the #justonerhino campaign?

By donating as little as $20 towards the rhino conservation effort you could be in with a chance of winning some truly fantastic travel prizes. The more you donate, the more entries into the raffle you’ll receive!

9-day South Africa Safari in Kruger National Park and KwaZulu-Natal, valid for 2 people, from Adventure Life. Valued at more than $6,000.

10-day Galapagos Voyage, valid for one, with International Expeditions. Valued at $5,298.

7 nights bed and breakfast in a Garden View Suite, from Cobblers Cove Hotel, Barbados. Valued at $5,187.

To view the full prize list, please visit TravelersBuildingChange.org, or click the green DONATE NOW button above to help fund the translocation of #JustOneRhino.