My Guide To The Best Of Battery Park City 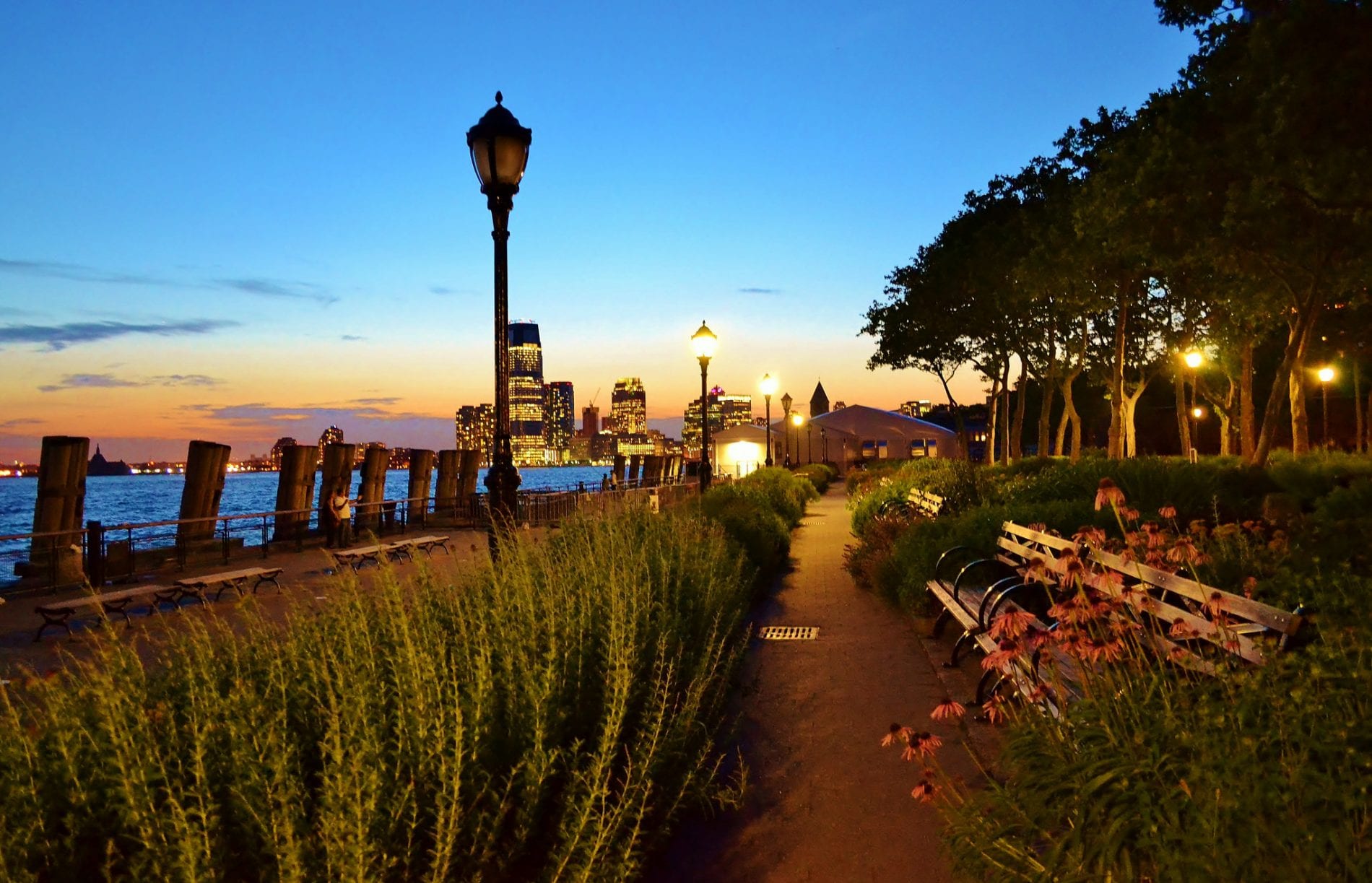 When tourists think of New York City parks, Central Park is usually the first, if not the only, one that comes to mind. That’s understandable. Central Park is a behemoth as far as parks go, and is commonly featured on television shows and movies, but we’re not here to talk about Central Park.

Battery Park City is the area surrounding Battery Park. This location feels different from the rest of Manhattan and is an often overlooked, beautiful part of New York City that is filled with different things to see and do.  Don’t believe me? Read on.

The Seaglass Carousel alone is worth the trip to the Battery, whether or not you have any children with you. Designed to capture the light, this 2,575 square foot area is inside a glass and metal chamber reminiscent of a nautilus shell. Lacking a center pole like many carousels, a combination of moving floor panels, lights, and music create an immersive underwater effect.

The carousel is made up of thirty large, fiberglass fish. For a whimsical, magical experience like no other in the world, be sure to stop by for a ride.

The Irish Hunger Memorial is unlike the typical memorials we’ve become accustomed to seeing. There are no signs to guide you through the memorial. On the contrary, when you visit this site and read the quotes along your journey, you are meant to reflect upon the famines of the past, and the hunger much of the world endures today.

The memorial is reminiscent of a rural Irish plot of land, with an abandoned cottage and stones engraved with the names of Ireland’s 32 counties. It is a direct reminder of the Great Irish Famine of the 1840s, which caused the deaths of one million people and resulted in mass emigration from the country. In total, this tragic event reduced the population of Ireland by upwards of 25%.

The Esplanade is a stone path that runs along the Hudson River, encompassing the entirety of the Battery City Park waterfront. From the Esplanade, you can see stunning views of the Statue of Liberty, the New Jersey skyline, and Ellis Island. Over a mile long, this is the perfect place to disconnect from the hustle and bustle of the city, while enjoying a quiet walk.

If you’re not going to see the Statue of Liberty and Ellis Island up close, this is the best place to get a panoramic view of both. It’s also a short walk to the ferry terminal if you wish to venture out to Staten Island.

THE MUSEUM OF JEWISH HERITAGE

The Museum of Jewish Heritage is “A Living Memorial to the Holocaust” and features rotating exhibits to tell the tales of that dark time. The displays inside the museum offer a balance of horror and hope and an eye-opening experience for all. One feature of note is the Garden of Stones, a symbolic installation which features trees growing out of stone planted by the designer and Holocaust survivors.

While visiting the Museum of Jewish Heritage is certainly not a light-hearted tourist destination, it is both informative and captivating. With its haunting exhibits and fascinating architecture, consider stopping in while you’re visiting Battery Park City.

GETTING TO BATTERY PARK CITY

Battery Park City is easily accessible by road and subway. If you’re looking for a guided tour which enters this part of Manhattan, visit https://www.topviewnyc.com/ to plan your trip. Battery Park City is a fantastic destination for tourists and is located near major attractions and sites in the Financial District.