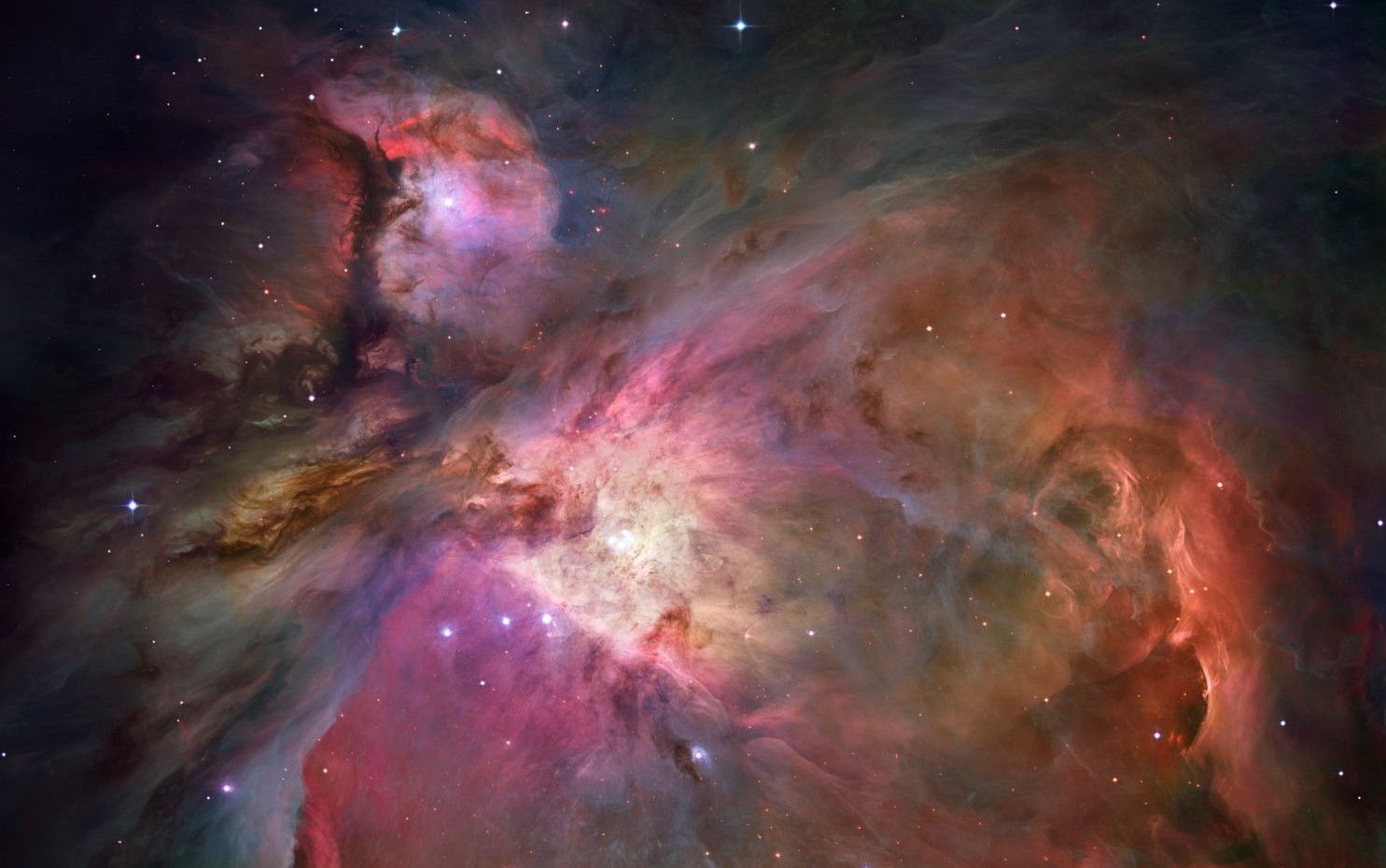 Very occasionally I catch a glimpse of a star shining bright within the blanket of the night sky.

Momentarily my mind wanders towards thoughts of distant galaxies and exploding stars, yet the full extent of just how vast that black ethereal space really is has always eluded me.

Did you know that unless you live in an area of severely reduced light pollution it’s incredibly likely that you’ve never seen what is referred to as ‘The Real Night sky’?

We can all see the moon and a peppering of stars on a clear night however, thanks to our need to light up road systems, high streets, suburbs and sports stadiums like a gaudy Christmas tree, most of us are blind to the phenomenal nocturnal masterpiece which decorates our skies at night. 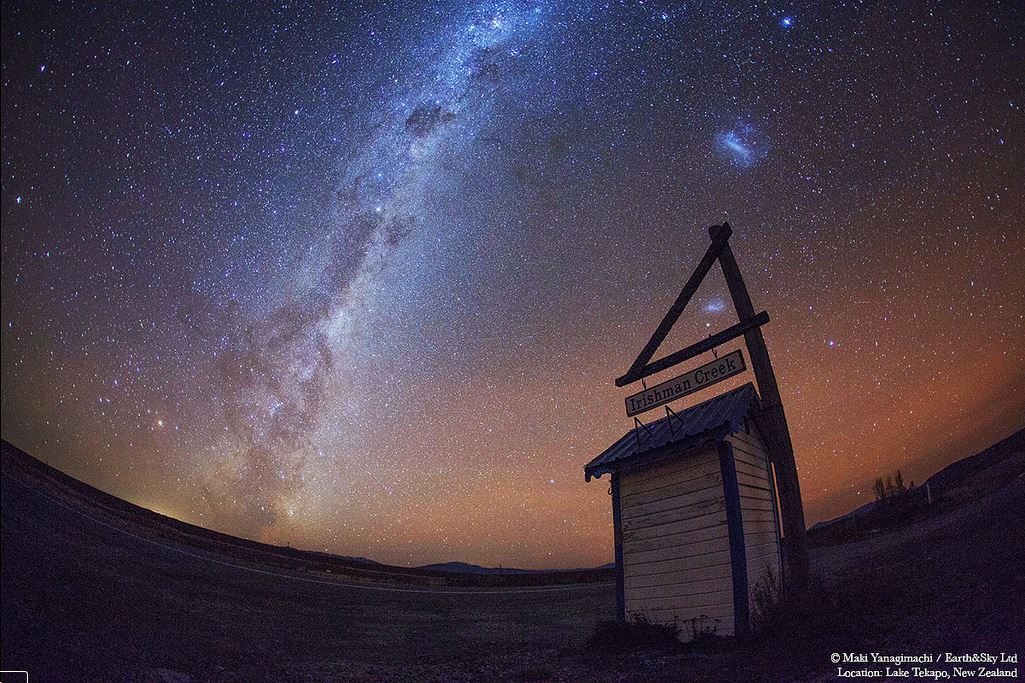 The largest such reserve in the world it plays an important role in the preservation of one of the true wonders of our world.

Home to the Mt John Observatory the site was selected after rigorous field tests for the clarity and darkness of the sky at night. After a visit to the summit of Mt John on a clear evening you’ll soon see why.

Thanks to the dedication of those in the tiny neighbouring town of Tekapo and the team of both Earth & Sky and the Mt John Observatory, the patch of sky above them is not a none descript night time duvet but an awe inspiring portal to the universe beyond.

So much of our nocturnal landscape is limited by the light pollution we pump out into the darkness.

Those who live in densely populated areas are being denied a view of the heavens; their celestial view has been rubbed out leaving a bland substitute for the real joy of the night. 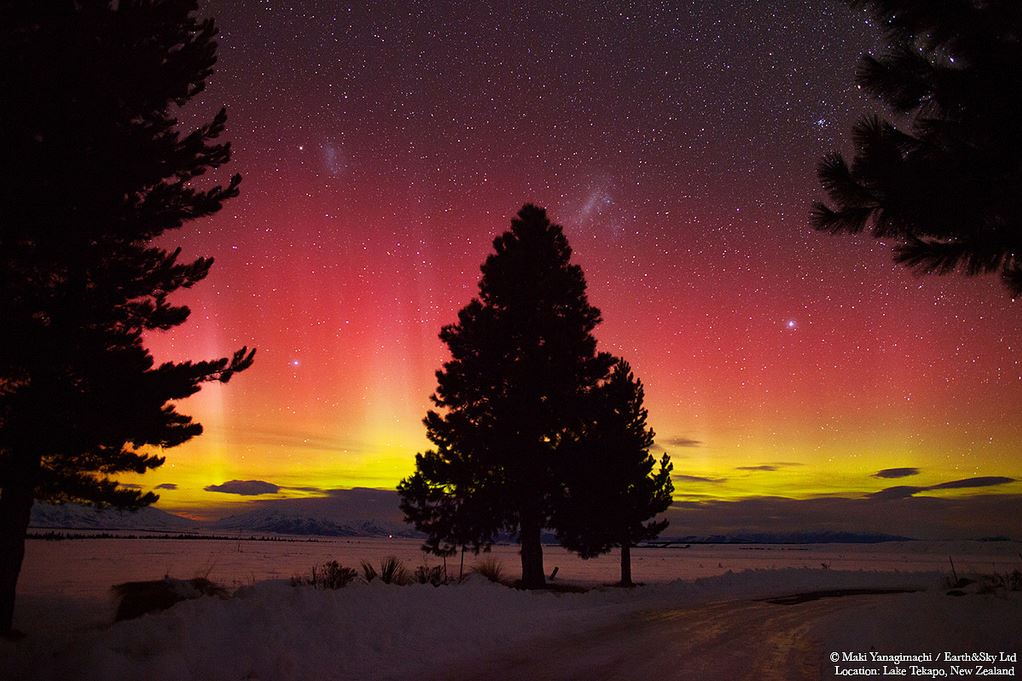 Clad in a Canada goose down jacket I stand and stare at the sky.

I’ve never seen such a multitude of stars, the blackness serves only to highlight their flickering forms.

Our guide points out our nearest star Alpha Centauri, the brightest star in the southern constellation of Centaurus and a whopping 4.37 light years from the Sun.

A tiny gem of white light, it appears to be flickering against the darkness.

As I continue to stare a shooting star zips across my field of view.

I knew that shooting stars were fragments of asteroid burning up in our atmosphere as they fell out of orbit, but I wasn’t aware that these fragments are more often than not the size of a grain of sand.

Quite a light show from such a small amount of material.

Over on the terrace a telescope is focused on Venus. Visible to the naked eye during the day the planet appears in the west soon after sunset and tracks across the southern sky until just after midnight.

Fixing my eye to the telescope I see a crescent form bathed in a golden hue.

The brightest natural object in the night sky after the moon, Venus reaches its maximum brightness shortly before sunrise or shortly after sunset.

Referred to by ancient cultures as the Morning Star or Evening Star, the sight of the alien world reverberates through my soul and awakens a primordial urge for exploration. 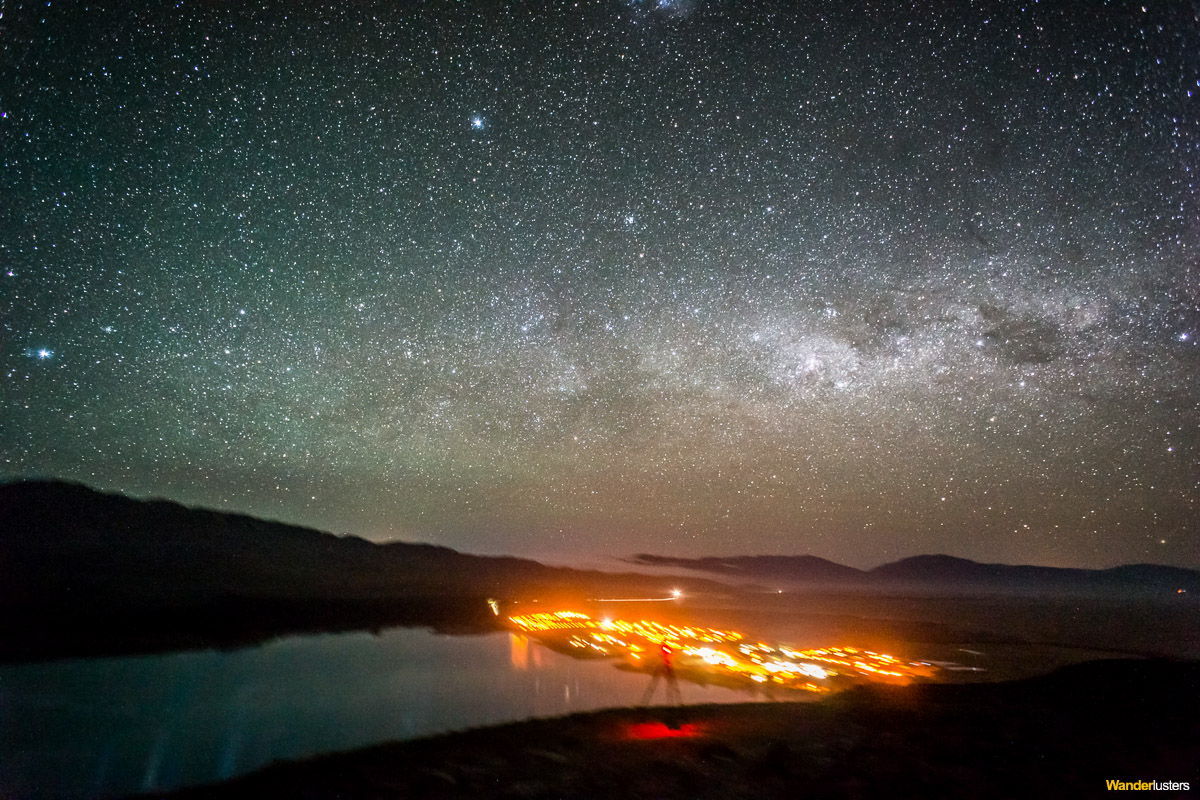 Making my way into the dome which houses the 16 inch telescope Earth & Sky utilise to illustrate the wonders of the night sky to those who visit, I’ve another cosmological treat in store.

Visible as a faint fuzzy light the Globular Clusters are the oldest object observable from earth with the human eye alone.

A tightly bound spherical collection of stars they orbit the rotational centre of our Milky Way galaxy as a star satellite, their light travelling over 16,700 light years to reach our earth.

As I peer into the eye piece of the giant telescope I can see individual pin pricks of light juxtaposed against the darkness.

Over the course of the evening the telescope is focused on ethereal objects at the far reaches of my understanding of the universe.

With each new glimpse into the solar system I am humbled by its magnitude.

THE CLOUDS OF MAGELLAN 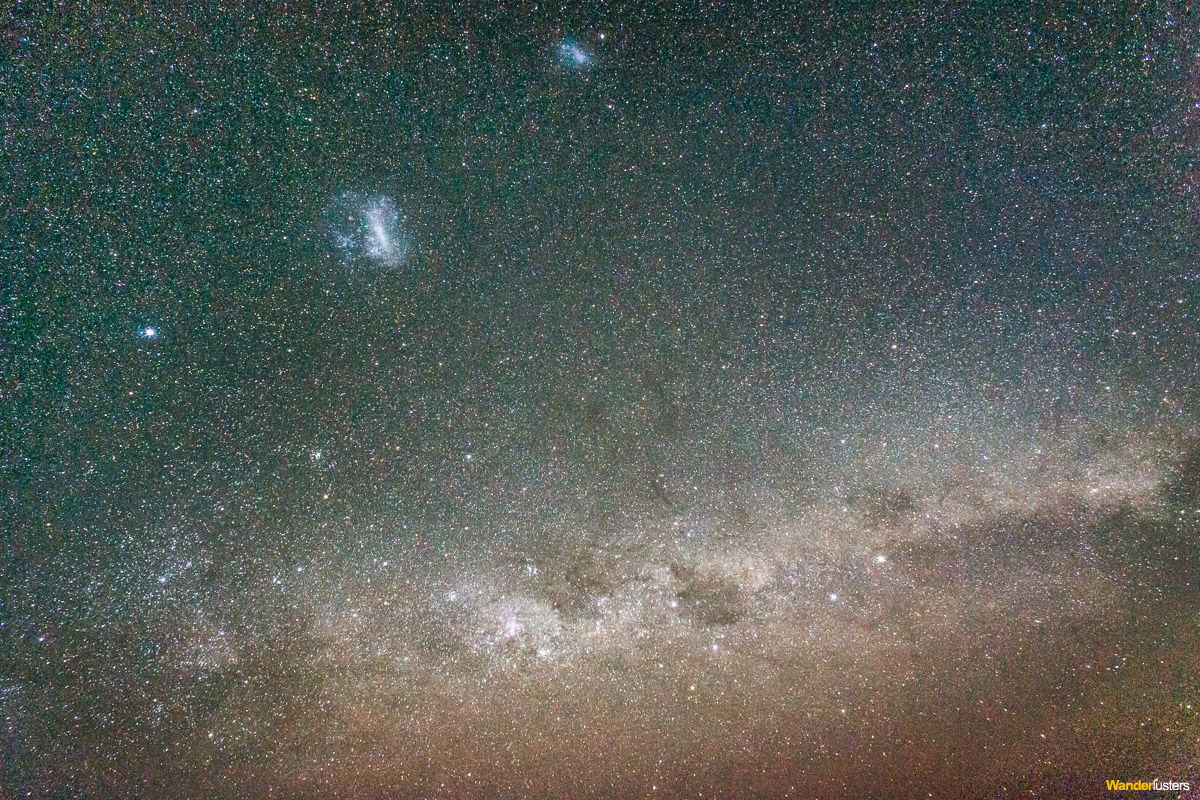 Visible to the naked eye from the southern hemisphere the Clouds of Magellan are satellites to our home the Milky Way.

My mind just can’t process the idea that we can see an object outside our own universe without the aid of a telescope. The distances involved are so vast that the light we see from these stellar nurseries is over 200,000 years old.

Long believed to orbit our Milky Way new evidence suggests that they are currently much closer than ever before and have been distorted by tidal interaction with our galaxy.

Home to the Tarantula Nebula it was this web like cluster that was magnified by the 16 inch dome telescope.

Peering out at the gas rich nebulae and young stellar populations was hypnotic. I felt as though I was looking into the past, present and future of our existence all rolled up into a mass of celestial cosmology. 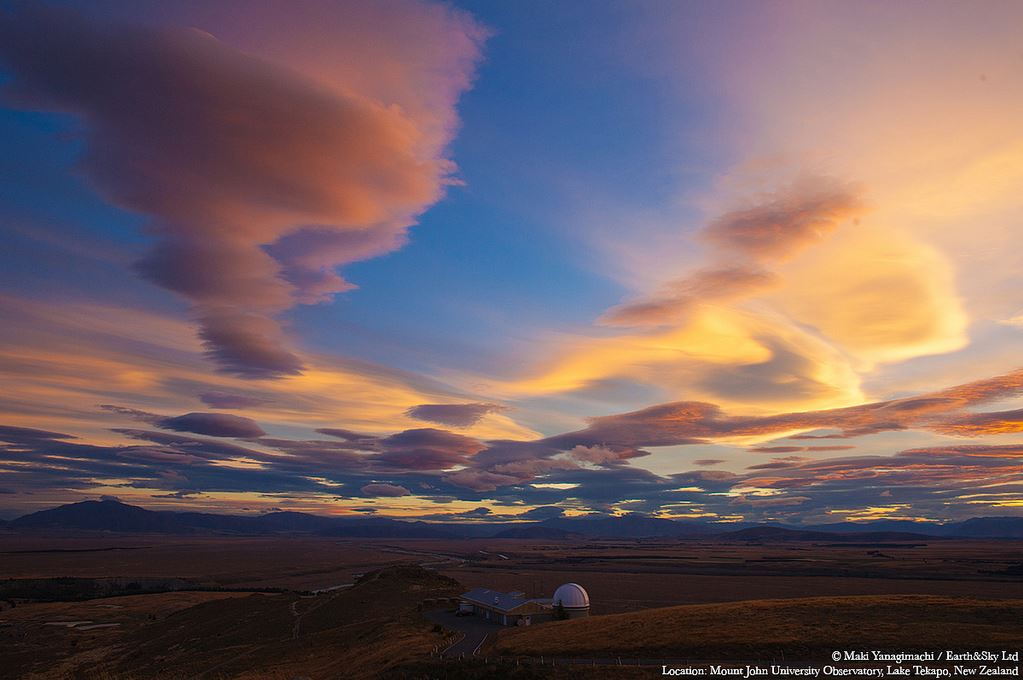 While my evening with the team at Earth & Sky offered me the chance to see the Milky Way in such fantastic clarity, it was the time I spent with Astronomy Guide Andrew Davis which really instilled an appreciation of just how vast the observable universe really is.

While I highly recommend Earth & Sky’s Night Tour the Daytime Tour around the working astronomy research centre, operated by students and Professors of New Zealand’s University of Canterbury and Japanese partners Nagoya University, is just as inspiring.

Unlocking the door to the oldest of the observatory’s telescopes Andrew spoke of the history of the Mt John Observatory.

In 1936 the first instrument designed to observe the night sky was installed atop the mount.

A gargantuan object it used a method of photographic exposure to map the stars, an exercise which required an inordinate amount of skill and patience.

The operating technician was required to track the movement of the night sky himself using a brass eye piece.

Looking through the eyepiece he would stand for hours tilting the instrument in minuscule degree increments for the duration of the evening. Apparently during the winter months it was possible for flesh to freeze to the brass during the 90 minute exposure. 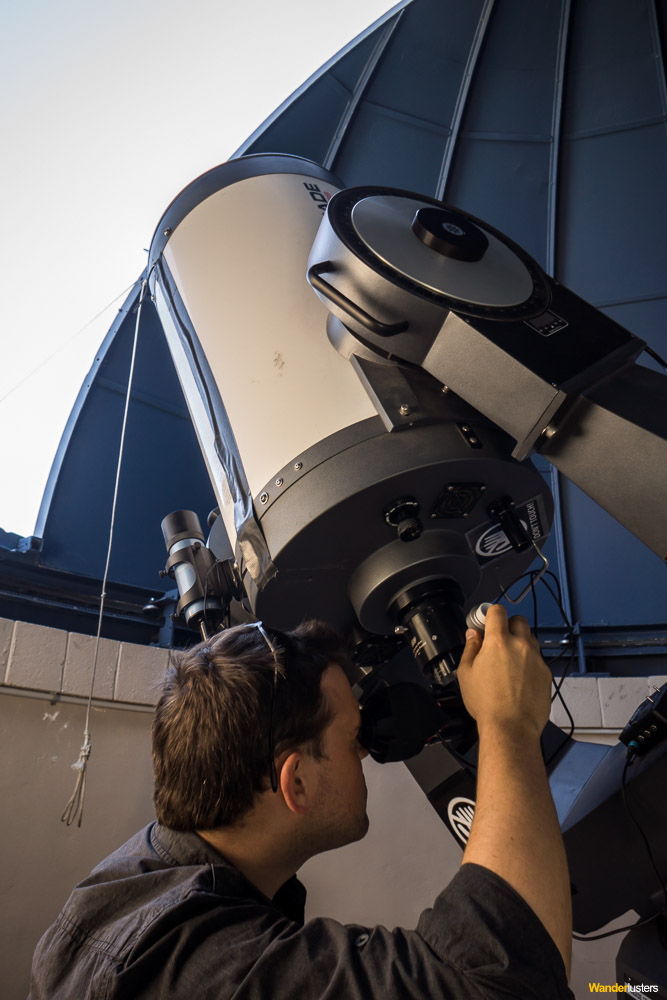 Thanks to the numerous advances of modern technology the technicians of today are not faced with such challenging data collection methods.

Home to the largest telescope in New Zealand the MOA – Microlensing Observations in Astrophysics – telescope is currently assisting Mt John astronomers in the search for dark matter, extra-solar planets and stellar atmospheres.

In simple terms the gravitational microlensing technique is one used by astronomers to detect objects ranging from the mass of a planet to the mass of a star, regardless of the light they emit.

Astronomers observe a tiny portion of the night sky and, over an extended period of time, search for the appearance of microlensing.

Note that when I say ‘tiny,’ I mean from our perspective here on earth.

Each evening MOA focuses on a patch of sky about the same size as your thumb nail at arms length, however during the hours of dark it will observe and record around 60 million individual stars.

Despite his inability to prove his theory Einstein first described microlensing in 1936 in a paper on the lens-like action of a star by the deviation of light in the gravitational field (Science, Vol. 84, p. 5060)

Caused by the bending of light rays by the gravitational field of a massive object, known as the lens, the result is the apparent amplified brightness of what was a star or extra solar planet.

Using this data astronomers can calculate a staggering amount with regard to the lensing objects mass and composition. 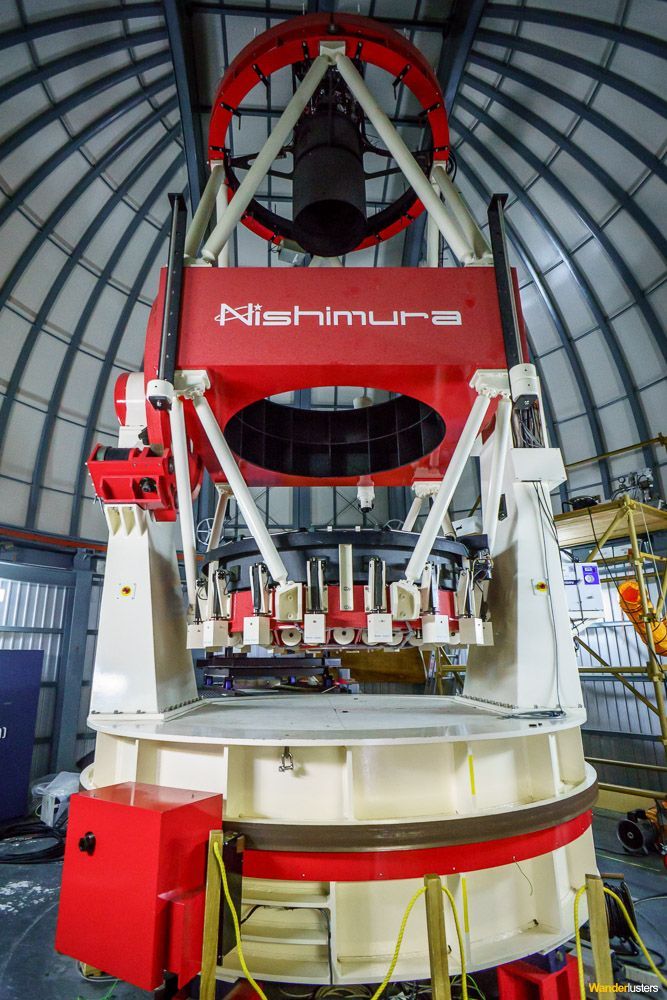 Thanks to the stellar investigation taking place on Mt John researchers have made countless additions to our understanding of the night sky.

MOA itself is responsible for locating a number of potentially habitable planets orbiting stars similar to our sun. It has also found evidence that there are more free floating planets than stars visible in the night sky.

Believed to be orphaned outcasts from developing planetary systems these free floating orbs are thought to exist in a stable orbit around the centre of our Milky Way.

Hypothesised prior to their discovery the team at MOA validated the presence of free flowing planets, an exciting thought when you consider that MOA is currently looking for the existence of worm holes – a hypothetical portal between two pieces of space time.

Perhaps Gene Roddenberry’s depiction of deep space travel might not be such a work of fiction after all. 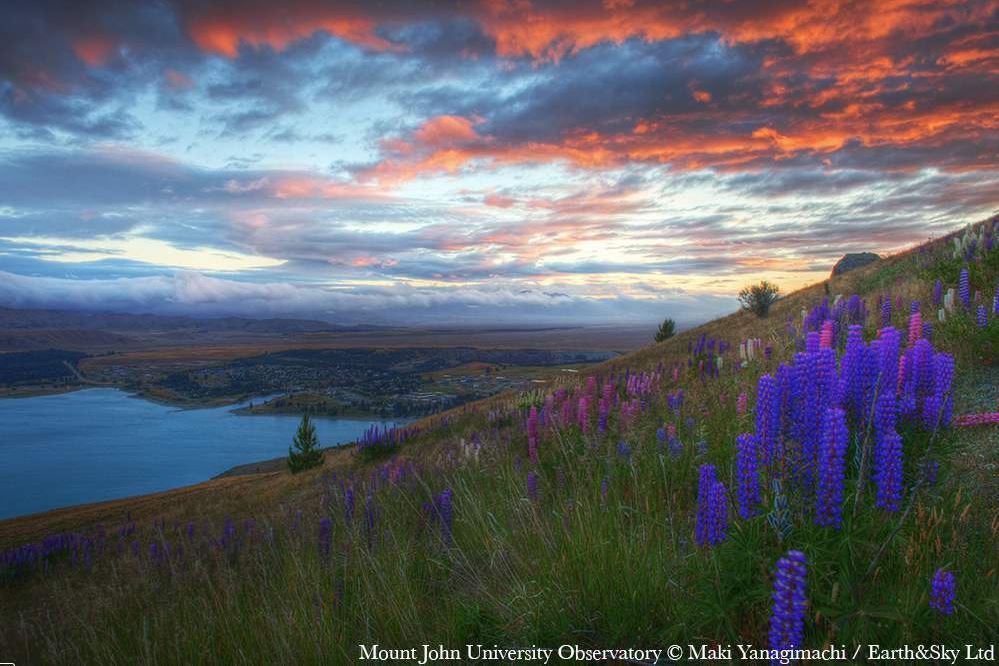 Arriving atop Mt John with very little understanding of astronomy and the cosmos I left with a passion for space exploration and the desire to find out more about the fascinating world that exists outside of our own.

Having seen the great beauty of the Aoraki Mackenzie International Dark Sky Reserve I now appreciate just how our neon existence affects our connection with the night sky, a natural wonder which has guided our ancestors over the years.

Since my visit I have found myself heading outside of an evening just to see what constellations I can spot, whether or not any satellites are whizzing by overhead, or if I can see Venus setting on the horizon.

The team at Earth & Sky are dedicated to educating those who visit about the importance astronomy plays in the evolution of our tiny blue planet and I’ve no doubt in my mind that their enthusiasm will inspire you to conduct your own stellar research under the cover of darkness.

Just remember to leave your flashlight at home.

All astrophotography in this article was either taken by, or with the assistance of Maki Yanagimachi — Astronomy Guide & Astrophotographer.

Are you a budding astronomer? Perhaps you’ve visited the Aoraki Mackenzie International Dark Sky Reserve yourself? Share your comments with us below.