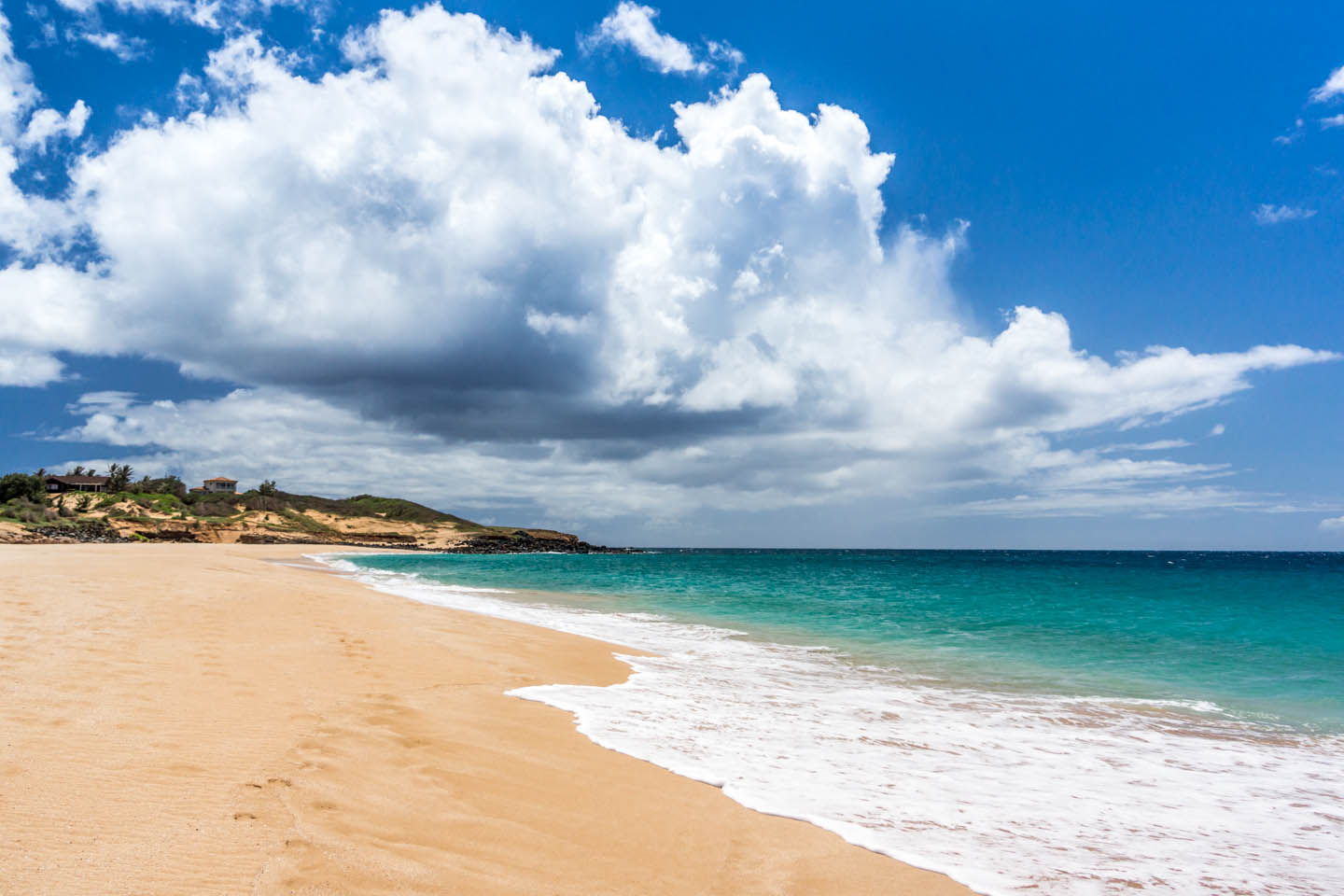 Discovering The Lost Island Of Molokai

One hundred and six miles of coastline. Eight thousand residents. No stoplights. Molokai is the least developed of the paradisical Hawaiian Islands that rise from the depths of the Pacific Ocean.

With few visitors in comparison to its well-known neighbours Oahu and Maui, Molokai offers a rather more authentic Hawaiian escape to those travellers who venture to its shores.

The absence of 5 star luxury, gourmet restaurants and all-inclusive resorts affords the island a sense of place, an authenticity quite unlike that of the often ‘touristy’ feel elsewhere in the archipelago.

Having spent three days on Oahu during a layover en route from the USA to Australia in 2012, the experience left us with the desire to escape the crowded shores of Waikiki Beach and immerse ourselves in the real Hawaii.

So when Ben and I were planning our departure from Oceania a stop en route to mainland USA was the opportunity we’d long hoped for, and Molokai seemed the perfect island to curb our craving for an Aloha escape.

Molokai is the friendly isle

Known as the ‘Friendly Isle’ Molokai welcomes travellers who seek to connect with the heritage of old Hawaii and escape the Mai Tai culture of the neighbouring islands. If luaus, leis and white linen are your style then perhaps consider Kona, Waikiki or Maui, Molokai is the free range alternative to the mass produced experiences available elsewhere.

No traffic signals, no traffic, no city lights, no noise, no crowds, no tension, no hype, and no chance that you’ll ever get lost. – Destination Molokai Visitors Bureau

Miles of remote coastline, vast sea cliffs, lush tree laden valleys and the largest fringing reef in the entire USA provide a paradise for adventure travellers keen to disconnect from the world.

First inhabited in around 450AD by Polynesian settlers who had travelled across the Pacific in search of new land, then used by King Kamehameha V to quarantine those afflicted with leprosy, Molokai has always been a place of respite.

However, the Molokai of today is in the midst of a tug-of-war between preservation and progress. The residents are waging a war against big businesses who have grand plans to grow the island’s infrastructure, opening the door for an influx of tourist dollars.

While the big wigs on the mainland may have big ideas, the residents seem determined to quash any development. During our stay we saw numerous hand written plaques decorating the single carriage highway that connects the four corners of the island, their slogans rejecting all plans for growth.

An Aloha retreat from reality

Sat in departures at Honolulu I waited patiently for boarding to begin.

As the announcement came over the tannoy Ben and I jumped to our feet, grabbed our bags and walked quickly towards the gate. It wasn’t long before I realised that we were the only ones doing so.

Having conditioned ourselves to be on the ball when waiting for our flight to board – mainly thanks to the fact that we optimise our carry-on baggage allowance and like to ensure our bags are not taken and checked due to insufficient room on busy flights – it was a little perplexing to think we were the only passengers on the plane.

Operating two, nine seat Cessna aircraft to ferry locals and the handful of daily visitors to and from the island, Mokulele Air carried us high above Oahu and over the water to neighbouring Molokai.

From the sky Hawaii offers another dimension of paradisical colour; great swathes of aquamarine, cobalt blue and lime green were daubed across the world below.

Molokai is the last island of old Hawaii

Forged from two distinct volcanic lava flows that erupted from the seabed, Molokai’s evolutionary history is as fascinating as its cultural development.

Around 1.5 million years ago the northern edge of the island suffered a catastrophic collapse and now sits scattered across the floor of the Pacific Ocean. The impact resulted in the formation of some of the world’s largest sea cliffs which tower above the island’s low western plains.

A patchwork of brown fields patterned with ploughed earth and boarded by lime green trees appeared beneath the wing. We’d been flying above the island for almost ten minutes and I could see no sign of civilization.

One of the advantages of light aircraft travel is that you’ve no need to wait for your baggage to be unloaded; the pilot handed us our backpacks as we step out of the plane. Walking across the tarmac and into the airport it soon became apparent just how few people called Molokai home.

The terminal consisted of three desks; car rental, check in and lost luggage – although how anyone could lose a bag in an airport the size of the average American home was beyond me.See also

Driving along the coast towards our Molokai rental from Vacations-Abroad.com we never once saw another vehicle. In the distance Maui faded in and out of view in the hazy midday sun and the waves danced across the beach as we drove further into the unknown.

Calling into Kumu Farms and the Molokai Livestock Co-Op to stock up on tasty local produce we arrived at the condo, unloaded the car and sat on the lanai socking in the view of the ocean.

When I say that there is very little opportunity to do anything but unwind while on Molokai I’m really not exaggerating.

If the idea of self-exploration by hiking, kayaking, beach combing and snorkelling excites you, and you relish the thought of driving aimlessly along single lane tarmac to uncover unspoilt corners of a forgotten landscape, then I recommend you book your escape to Molokai right away.

Our days were filled with adventure. We hiked into the Halawa Valley, spent hours lazing on deserted sands and diving on the fringing reef. Returning to our rental condo each evening we took advantage of the well equipped kitchen and ate on the lanai as the colours of day faded into night.

One of numerous locations within Hawaii used in the film Jurassic Park, Moloaki will inspire thoughts of faraway lands and mythical utopias. It may even encourage you to reconsider the need for the material necessities you can’t live without back home.

Sat on the lanai watching the sunset over the pacific, the evergreen leaves of numerous palm trees framing the view, I couldn’t imagine why more people didn’t yearn to sample the real Hawaii and disconnect from the sullied world in which we live.

As the canopy of stars stretched out over the sky above and the sun set behind Maui’s indomitable form, I prayed that Molokai would remain a place of respite.

A video snapshot of our Molokai adventure

If we’ve inspired you to consider Molokai for your own Hawaiian adventure look out for forthcoming articles covering our favourite activities, cultural insights and local secrets.

Have you explored the real Hawaii? Share your Hawaiian travel tips with us below.