Wellington to Picton with Interislander 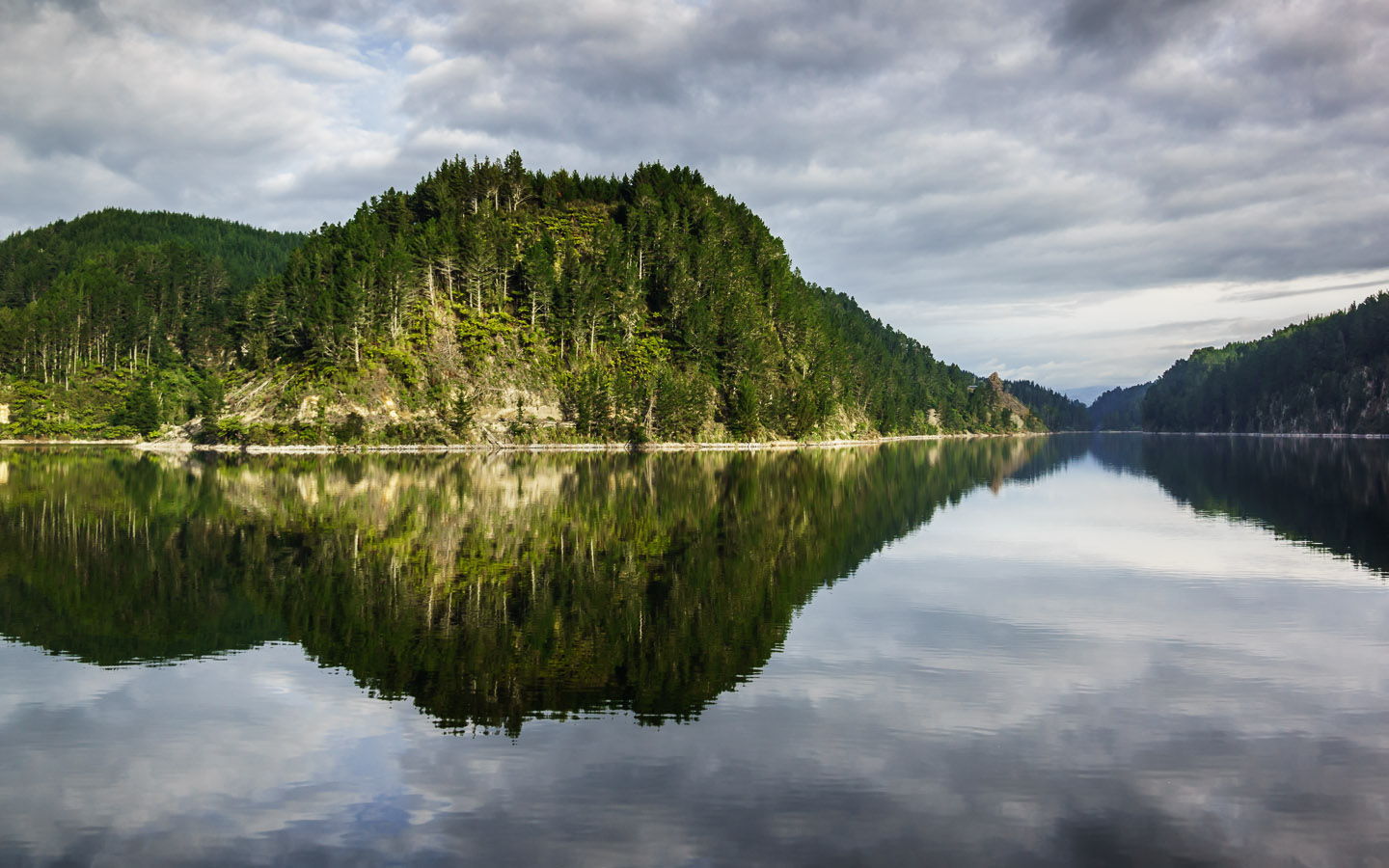 Although in recent years there has been confusion over the official names of the North and South Islands that make up New Zealand, those with a wide geographical knowledge, or should I say those who do not live under a rock, will at least be in agreement that there are in fact two separate islands.

While Geologists describe New Zealand’s land mass as a product of erosion and the shifting of the earth’s crust, the Māori people have a much more engaging account of the formation of their homeland and it is this I think I will refer to from now on.

Known as Te Ika-a-Māui (The Fish of Māui) it is thought that Māui, son of the God Tū, hauled the North Island from the depths of the ocean using his jaw bone.

The South is said to have been forged from his canoe and is referred to as Waka-a-Māui (The canoe of Māui).

Catching the ferry from Wellington to Picton

As a visitor to New Zealand there are two things one must do, the first is of course to engage in some form of Lord of the Rings inspired activity, such as visit Hobbiton or Mordor ( Tongariro National Park ), and the other is to hop aboard the InterIslander Ferry and sail to the other side.

Ferries have been crossing the Cook Strait since as early as 1875 offering New Zealanders a direct link between Wellington in the North and the town of Picton in the South.

While the route was initially established to carry rail cargo, the 1960s saw a new era of ships dubbed ‘Ro Ros’ or roll on roll off, to cater for increased road freight and passenger vehicles.

Modern upgrades to the vessels offer those keen to experience the waters of the strait a comfortable crossing during which they can relax and soak up the famous views over Arapawa Island and the Marlborough Sounds.

With on board WIFI, comfortable lounges, delicious meals and access to the viewing deck sailing aboard the Interislander is an incredibly pleasant experience.

We joined an early morning sailing from Wellington and after boarding the ship and secured ourselves a window table in the Premium Lounge. An additional $45 per person, but well worth the spend for the peace and quiet of the dedicated over 18 lounge with free unlimited WIFI, complimentary meals and refreshments, and my favourite…the free cookies.

Settling in for the ride I began to flick through a copy of the on board magazine and was captivated by the tale of Jack the Pelorus dolphin.

For more than 20 years between 1888 and 1912 Jack rode the bow waves of the ships crossing the strait and became a national icon, inspiring the logo that is displayed on every Interislander Ferry today.

Responding to the sound of a ships engine the dolphin would soon be visible playing by the bow and delighting passengers and crew alike.

One passenger recalled “When he was late for the steamer that we were boarding, we would hear the passengers say, ‘Here he comes!’ and I would look up and see Pelorus Jack approaching at a racing speed with great leaps and bounds out of the water, often ending close by with a mighty splash. This delighted the passengers.”

So named after the Pelorus Sound where the dolphin would always join vessels Jack was so loved by the New Zealand public that in 1904 a law was passed protecting him from undesired human interaction.

Sadly no one knows what became of Jack.

Many believe he was caught by Norwegian whalers although most are sure he simply died of old age. One man was convinced he had mistakenly killed the beloved animal and confessed his sin as he lay on his death bed.

Whatever Jack’s fate his memory lives on in the white water atop the bow waves of each Interislander Ferry which crosses the strait.

We’re learning more about Māori heritage with each location we visit here in New Zealand however I think my favourite legend thus far has to be the tale of Kupe.

A great Māori warrior, it is said that on one occasion he was protecting his people from a giant octopus and as he followed it into the waters of the strait the force of their battle carved the waterways and headlands of the Marlborough Sounds.

An intricate coastline passengers of the Interislander are treated to spectacular views over the tree lined shores and jagged rocky cliffs as they sail towards Picton. An extensive network of sea drowned valleys the area is littered with secluded bays and remote island outcrops, almost completely uninhabited they are an explorer’s paradise.

Home to countless species of bird, including the elusive little Kiwi, along with an abundance of marine life and even the recent addition of marine farms, the sounds are full of life in its most vibrant form.

While many recommend taking the time to immerse yourself in the rich landscape of the sounds this of course comes at a cost. Although we were inspired to extend our visit after witnessing the sublime beauty of the area, crossing the Cook Strait aboard the Interislander offered us a cost effective taste of the surrounding area.

The Interislander Ferry operates 9 daily sailings between Wellington and Picton and for those looking to island hop we would highly recommend their service.

If you find yourself in Wellington and have a desire to witness the majesty of the Marlborough Sounds it is possible to join the Interislander crew for a day excursion.  This includes travel across the strait and your choice of activity once you depart at Picton. From vineyard tours and wine tastings to cruises into the heart of the sounds, there’s an itinerary option for every taste.

All reservations can be made online or over the phone and for the best prices we recommend signing up to the Interislander’s newsletter for seasonal promotional codes. Discounts are available for senior passengers and students.

Have you sailed across the Cook Strait aboard the Interislander? Share your comments with us below.